The internet is a strange place. If you’ve spent any time online in recent years, you’ll likely have some vague grasp of ‘memes’ and the culture that comes with them. These jokes are often highly adaptable – and what’s more, they have a strange habit of wheedling their way into everyday life.

One such meme – used to identify a particular ‘type’ of middle-aged woman – seems to have had a negative impact on how a relatively ordinary name is perceived. We’re talking about ‘Karen,’ of course, and all the strange negativity that seems to come with the name.

Whether you purely use the web to play games at Casino Winner online casino, to browse social media, or to create memes of your own, you may have come across this trend. So, what’s it all about? 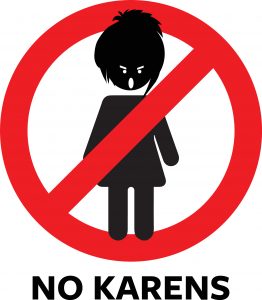 Are All ‘Karens’ Obnoxious?

Probably not! However, a British study appears to show that traits and behaviors now associated with the name may be changing how we perceive people with this moniker. In fact, a PlayOJO survey suggests 62% of Brits believe all Karens are naturally obnoxious.

Where does this come from? On the web, the word ‘Karen’ has come to describe a rude woman, usually over the age of 40, and typically white. It stems from an idea or stereotype of people likely to ask to ‘speak to the manager.’ Over the years, the ‘Karen meme’ has come to make fun of entitlement.

For many people, sharing ‘Karen’ stories has been immensely cathartic. No one likes injustice and entitled attitudes. However, the meme seems to have evolved beyond all recognition, impacting on how many people view others called ‘Karen’ across the board.

Is This a Worrying Trend?

Those who defend the Karen meme will state that it’s purely a stereotype. It started as a satirical way to fight back against entitled behavior. However, as recent statistics show, it’s perhaps having an impact on completely innocent Karens!

There are a few schools of thought on the matter. Some feel that you shouldn’t be defined by your name, and that ‘Karen’ identifies an ugly attitude.

Others, however, feel that it is a harmful stereotype that is impacting genuinely innocent people. Since the ‘can I talk to your manager’ meme first emerged at the start of the 2010s, claims of unwarranted negativity towards people called Karen have been growing in number.

What Can ‘Karens’ Do?

As with all memes, this trend is likely to fizzle out after a while. However, well-adjusted, friendly women called Karen shouldn’t worry too much in any case.

Providing you continue to be kind to others and to demonstrate a responsible attitude, there are no reasons why you should have to put up with persecution. In the internet age, it’s strange to see stereotyping of this nature become so commonplace.

Satire and humor should never be censored. However, the next time you meet someone called Karen, don’t just assume that they are going to cause an unnecessary fuss for the sake of it!