Nature is unpredictable, and natural disasters can strike without warning practically anywhere. But sometimes nature throws such a curveball at humanity that it goes down in history.

There have probably been many even more bizarre events during Earth’s early days, but we weren’t around to see them. But out of the disasters we’ve (unfortunately) witnessed, here are the six strangest — and occasionally deadliest — ones.

6) The Eruption of Mount Pelée

In April 1902, an avalanche descended on the city of St. Pierre, located on the island of Martinique in the eastern Caribbean. But this avalanche wasn’t made of snow, or even mud and soil.

Instead, it consisted of masses of pit vipers, centipedes, and other creepy crawlies coming down from Mount Pelée. On their way through the town, the venomous snakes bit and killed 50 people.

Some time later, a nearby mountain lake started to boil, sending the searing water down the River Blanche. This caused boiling mudslides that killed an additional 150 people and ravaged the riverside.

Then, on May 8, the cause of the bizarre events became clear. Mount Pelée erupted explosively, sending a pyroclastic firestorm to engulf St. Pierre.

The inferno killed 28,000 people, wiping out nearly everyone in the city. The eruption continued for the next three years, claiming thousands more lives. 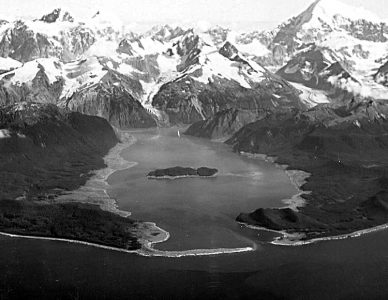 Tsunamis are already horrendous. Imagine then what a megatsunami would be like.

Actually, you don’t have to imagine it. Due to the events in Alaska’s Lituya Bay in 1958, we know exactly what it’s like.

On July 9, 1958, an earthquake with a magnitude of 7.8 on the Richter scale struck the Fairweather mountain range. The quake loosened 90 million tons of stone from the mountain slopes that plunged into Lituya Bay.

People reported hearing the sound of the impact 50 miles away. The earthquake and rockslide forced the waters of the bay out towards the sea, giving birth to the largest wave ever recorded.

The tip of the megatsunami reached the height of 1,720 feet. Luckily, due to the remote location, only five people died in the disaster.

4) The Year Without Summer 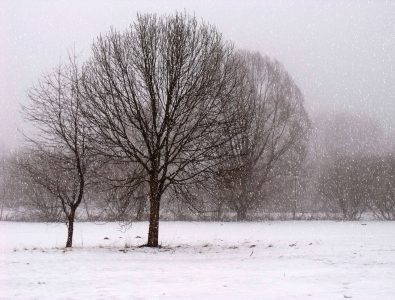 Even the U.S. wasn’t spared. In some states, thick snow fell even in June, which wrecked the economy as crops failed across the country.

The culprit behind the Year Without Summer was Mount Tambora in Indonesia. The volcano blew up in 1815 in the most powerful volcanic eruption in human history.

The blast killed tens of thousands of people across Southeast Asia. But it also belched out an enormous ash cloud that wrecked the entire world over the following year.

Lake Nyos is a deep but relatively small lake in Cameroon in western Africa. It lies on the side of an inactive volcano that according to our best knowledge isn’t in danger of erupting.

But in 1986, Lake Nyos exploded, sending a column of water 300 feet into the air. From its depths, it spewed out an immense cloud of carbon dioxide that descended upon the villages surrounding the lake.

The CO2 displaced all oxygen within 16 miles of Lake Nyos. Within minutes, 1,746 people and 3,500 livestock suffocated to death.

It turned out the volcano by Lake Nyos wasn’t as harmless as everyone thought. It had been constantly pumping CO2 into the lake over hundreds of years, and due the stillness of its waters, the deadly gas kept building up until it erupted.

In 2001, French scientists and engineers installed degassing pipes into the lakebed. The structure drains the gas leaking in from the volcano to prevent the events of 1986 from ever happening again.

At least, that’s the plan.

2) The Man That the Earth Swallowed 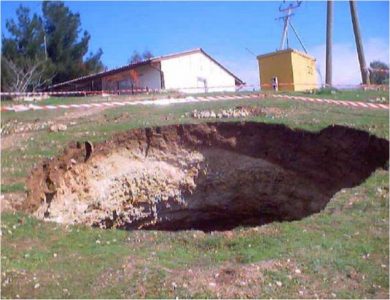 Not all disasters claim thousands of lives. This one took only one, but is all the more bizarre.

In 2013, Jeffrey Bush was sleeping soundly in his home in Tampa, Florida. And then, he wasn’t.

All of a sudden, a 30-foot-deep and 20-foot-wide sinkhole opened up under his house. The Earth literally opened its jaws and swallowed Bush, together with his bedroom.

Both Bush’s brother Jeremy and rescue crews tried to save him, but there was nothing they could do. There was too much risk of the sinkhole widening and causing even more destruction.

Eventually, after several failed rescue attempts, his family and the authorities concluded Bush was dead. His body was never recovered.

To prevent further damage to the neighborhood, crews demolished Bush’s house and filled the sinkhole with concrete. And then it opened up again in 2016, though this time it didn’t kill anyone. 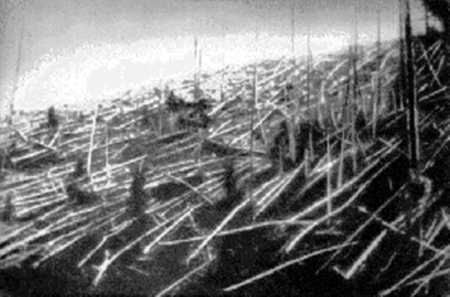 The morning of June 13, 1908, was quiet as usual around the Podkamennaya Tunguska River in Siberia, Russia. Then, around 7 a.m., the world exploded.

An immense detonation, roughly 12 megatons in strength, annihilated an area of 830 square miles. The explosion flattened an estimated 80 million trees and threw people off their feet 40 miles away.

The explosion was preceded by a blinding light streaking across the Siberian sky. This has led to the prevailing theory that a meteor was behind the explosion.

However, no one has ever found any kind of an explosion crater on the ground. Scientists theorize that a space rock consisting mostly of ice entered the Earth’s atmosphere and blew up some miles above the ground.

Miraculously, the explosion resulted in only three unconfirmed casualties. Imagine if the explosion had happened over a bustling city instead of remote Siberian wilderness.