We’re always told to watch out for the biggest and baddest animals. And it makes sense to steer clear of something that could swallow you in one gulp.

But there’s also the other end of the spectrum. There are many animals that you could step on and not even notice — until you drop dead.

Here are X tiny animals that can kill you in a heartbeat, without you ever even noticing they’re there.

Oh, and we’re not listing bacteria or viruses, because that would just be cheating.

The pygmy slow loris is a small primate dwelling in the forests of Cambodia, China, Laos, and Vietnam. They’re actually kind of cute, with shaggy fur and big eyes — and they can fit in your palm.

But you probably wouldn’t want to hold one. Unlike most mammals, the slow lorises are venomous.

They have modified scent glands in their elbows that excrete toxins. The loris can lick its elbows to lace its teeth with venom.

The toxin can cause a severe allergic reaction in humans. Although most people just get an agonizing swelling at the bite, if left untreated the venom could fairly easily kill you.

Pfeffer’s flamboyant cuttlefish is aptly named — its colorful appearance looks like Mardi Gras and a Pride Parade rolled into one. And it likes to party too.

If approached, the three-inch-long cuttlefish will wave its arms and start hopping along the ocean floor in a rhythmic movement. But don’t join the party or you might be in for the Danse Macabre.

The flamboyant cuttlefish’s flesh is extremely poisonous. Granted, you’d have to bite the animal for it to be dangerous, but your days are likely over if you do.

The cuttlefish’s poison is as lethal as that of the blue-ringed octopus — another small killer. You’ll have a moment to regret your decision to bite the cuttlefish before your lungs and heart shut down.

The blue dragon — also known as Glaucus atlanticus — is a bizarre-looking shell-less sea slug. This alien-like creature grows only to be a bit over an inch long.

This tiny marine creature is a strange case because it’s not venomous by itself. But the things it eats make it extremely dangerous.

You see, the prime dish on a blue dragon’s menu are the stinging tentacles of the Portuguese Man o’War. They contain nematocysts, which are essentially tiny venom-laden harpoons.

The dragon doesn’t care about them, but the thing about nematocysts is that they remain active for up to several days. If you pick up the blue dragon, the tentacles it ate could sting you.

If the toxins make their way to your lymph nodes, they could cause your airways to swell and suffocate you.

Indian red scorpions range in size from two to three inches. But all of those inches are packed full of death.

The Indian red scorpion is one of the most dangerous scorpion species in the world. If left untreated, its venom has a fatality rate of 40%.

Should you get stung by this guy, you can expect vomiting, sweating, painful erections, frothing at the mouth, and passing out. Eventually, your lungs will start filling with fluid, leading to death.

And the worst part about the scorpions is that they love farmland. In rural India, the red scorpions regularly wander into houses and fall from ceilings onto unsuspecting sleepers. 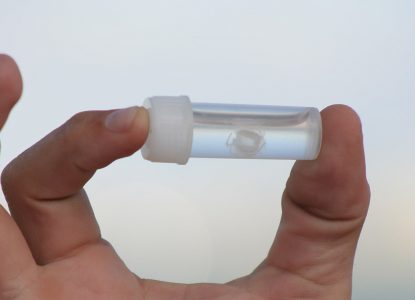 It’s called a Kingslayer. You shouldn’t be surprised that this pinkie nail-sized jellyfish will absolutely kill you.

The common kingslayer is a type of Irukandji jellyfish, a group of small but extremely venomous jellyfish. But even among that deadly crowd, the kingslayer is notorious.

It got its name after killing an American tourist called Robert King in Australia. Before his death, King’s blood pressure shot through the roof and he started bleeding inside his skull.

In another case, biologist and — ironically — jellyfish expert Lisa-Ann Gershwin got stung. She didn’t die, though — her skin just started peeling off around the sting location.

And you can’t really do anything to avoid the jellyfish, since it’s so tiny and transparent. The only foolproof way to not have it sting you is to stay out of the water in Australia.

Which you probably should be doing anyway. 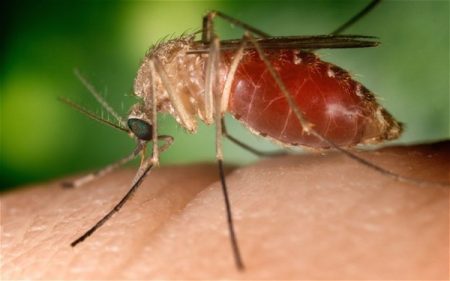 No, this is not a mistake. The humble, irritating mosquito is the single deadliest animal in the world.

In total, mosquitoes kill approximately 2.5-3 million people every year. That’s quite a track record for an insect that you probably won’t even notice biting you.

But that’s their secret. Being so inconspicuous, biting mosquitoes are extremely adept at spreading deadly diseases and parasites.

So, congratulations if you’ve survived a mosquito bite. Many others have not been so lucky.