Urban legends usually have something to do with the prevailing cultural trends of their time. Video games are more popular than ever, so is it any wonder that there are a lot of legends and myths about them.

Some of these stories deal with hidden or rare items or characters in the games themselves. Others, however, claim that some games have an effect on reality.

Let’s take a look at six of the stranger video game legends people have come up with.

1) The Curse of Madden 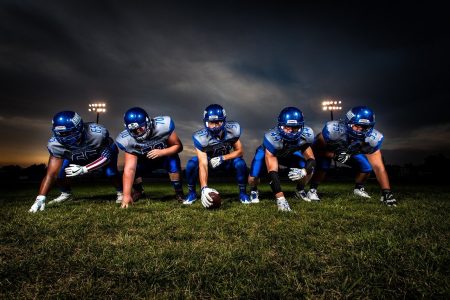 Madden NFL is a popular series of football video games that has been present since 1988. You’d imagine that any football player would be flattered to appear of the game’s cover, but there’s a good reason they might want to avoid it.

According to the story, the Madden games are cursed. Any player appearing as the cover boy of the franchise’s latest installment is destined to fail miserably during the next season.

For example, Dante Culpepper — playing at the time for the Minnesota Vikings — appeared on the cover of Madden NFL 2002. Lo and behold, he proceeded to have the worst year of his career, until he did even worse in 2005 when he received a knee injury.

Other players who have shared a similar fate include Drew Brees in 2011, Adrian Peterson in 2014, and Rob Gronkowski in 2017. Then again others like Tom Brady and Calvin Johnson have defied the curse.

Still, some fans will go as far as to petition their favorite football stars to not appear on the game covers.

Minecraft is one of the most successful video games of all time. But legends say there is a sinister presence lurking in the kid-friendly building and exploration game.

Herobrine is an NPC (or non-playable character) that randomly appears in players games. It resembles the default player character, except for its glowing eyes, and will build strange structures, sabotage and corrupt the environment, and sometimes even attack the player.

Or that’s how the story goes, anyway. Herobrine got its origins in an online ghost story, and Minecraft’s creator Notch says that the game doesn’t and will not include a Herobrine monster.

Still, players continue to claim to have seen Herobrine looming in the distance in their games. If you’d like to make sure you run into him, there are mods you can install to add Herobrine into Minecraft.

Today, the average U.S. video game player is 35 years old, and the player base is roughly equally divided between men and women. But not so long ago, video games were almost exclusively the domain of teenage boys.

Knowing that, you shouldn’t be surprised that there are plenty of rumors about secret codes that turn many games’ already scantily clad female characters nude. Perhaps the most famous nude code legend concerns Tomb Raider and its busty heroine, Lara Croft.

Tournament fighting games have also spawned stories about nude codes. Lusty gamers have made such claims about Mortal Kombat, Tekken, Street Fighter, and — of course — the famously raunchy Dead or Alive.

As far as we’re aware, none of these rumors were actually true and the games didn’t include hidden low-polygon mammaries. Of course, that didn’t stop hormone-riddled teenagers from coming up with the stories.

In 1981, secret CIA operatives installed an arcade video game called Polybius in Portland, Oregon. No one is quite sure what the game was like, but everyone knows of the horrific side effects playing it caused.

Players would quickly develop a psychological addiction to the enigmatic game. The more they played, the worse things got — they’d experience hallucinations, amnesia and/or insomnia, and sanity-shattering nightmares.

Men in black recorded the effects. After about a month, the game cabinet disappeared as mysteriously as it’d appeared.

So what was Polybius? Was it a government mind control experiment, a secret psychological weapon, or something even more sinister?

It was none that. There’s no proof that Polybius ever existed, but stories of it have been circling the internet for decades. 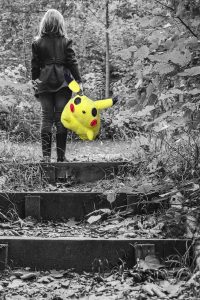 Lavender Town, from the original Pokémon Red and Blue games, is a creepy place to begin with. It’s a haunted mass graveyard where Pokémon trainers bury their deceased fighting beasts.

But there’s something even worse about the town. Rumors say its dissonant theme song could lead into a total mental breakdown and even suicide.

The legend claims that the song has high frequencies that adults can’t hear but which affect children in profound ways. Players tell stories of the music driving Japanese children insane, with some of them taking their own lives to escape the terror.

Naturally, there are no confirmed records of this ever happening. But if the story isn’t true, then why did Nintendo alter the music in all subsequent Pokémon games that featured the town…?

Probably because the newer game consoles have much more advanced sound systems than the primitive Game Boy.

6) Blow into a NES Cartridge to Fix It 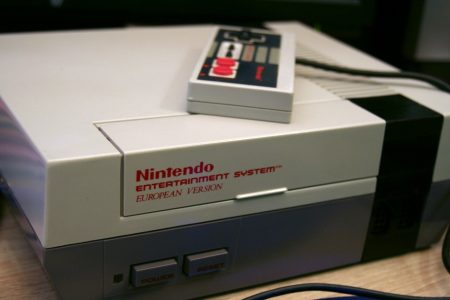 Anyone who’s played the original Nintendo Entertainment System knows the drill when your game doesn’t work. Take the cartridge out and blow into it to clear off any dust that could be affecting its contact points.

We’ve all done it. And we’ve all been played for fools — the blowing trick doesn’t do jack.

In fact, it could break your game even further. A particularly spittle-splashing blow could introduce moisture into the game cartridge that can corrode the contact points, or fry the circuit board in the worst-case scenario.

It turns out, it wasn’t the blowing that got the game working. Instead, simply removing and reinserting the cartridge usually fixed any connection issues and let you get back into the game.

Man, do we feel stupid now.