A flood is never a laughing matter. Torrents of rushing water are dangerous and deadly and will wipe out anything in their path.

But you don’t need water to create a flood. Any liquid will do — even food or drink.

Food floods are surprisingly common. It’d be kind of funny if people didn’t, you know, end up dying in them.

Here are six food floods from history, ranked from the most harmless to the deadliest. 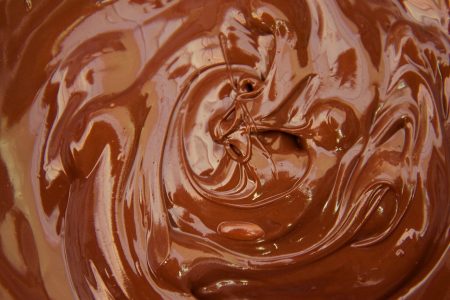 In 2018, a strange disaster struck the village of Westonnen, a suburb of Werl in northwestern Germany. A chocolate tank at the local factory owned by DreiMeister overflowed at 8 p.m. on December 10.

The incident sent a flood of melted chocolate spilling out from the factory and into Westonnen’s streets. Fortunately, the flood didn’t get to travel very far.

You see, Decembers in Germany tend to get cold. So, the chocolate quickly solidified into an enormous chocolate bar that covered the street.

Nobody was hurt in the incident and it only took the fire department two hours to clean the mess. They did have to throw all the chocolate away, though. 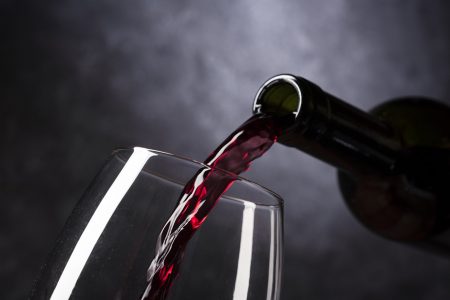 The California Red Wine Flood happened in 2020. We can’t really blame you if you missed the news with everything else going on that year, but the flood certainly fit the disastrous theme.

The floor originated from Rodney Strong Vineyards in Healdsburg. A suspected mechanical failure caused a leak in one of the winery’s humongous wine tanks.

As a result, about 97,000 gallons of cabernet sauvignon flooded out of the tank. About a quarter of it ended up flowing in the nearby Russian River.

No one got injured in the flood, although there were concerns about the wine’s effect on the local ecosystem. Fortunately, the worst damage seems to have been a few hungover fish. 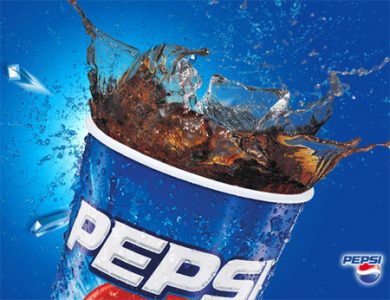 Before Pepsi pulled out of Russia due to the Ukraine War, it was quite active in the country. One of its more popular products was fruit juices produced in the town of Lebedyan, southwest of Moscow.

But in 2017, the roof of Pepsi’s factory suddenly collapsed. The falling debris ruptured several tanks containing apple, tomato, orange, grape, and other juices.

The torrent of juice rushed out of the factory. As a silver lining, the flood ended up flowing into the nearby River Don instead of the streets of Lebedyan.

Still, two of the factory’s staff got injured in the accident. Both fortunately ended up making a full recovery.

3. The Dublin Whiskey Fire and Flood 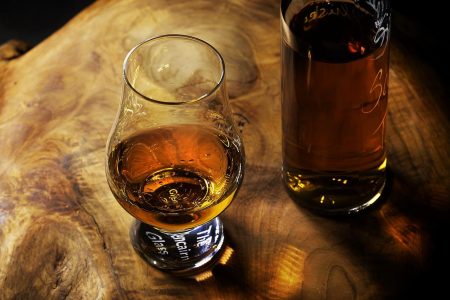 It was June 18, 1875, in Dublin on the emerald isle of Ireland. Suddenly, around 8 p.m., a fire broke out at Malone’s Malt House, a large whiskey storage unit.

The flames engulfed 5,000 barrels of whiskey, bursting them and igniting the spirit within. A stream of hot — and occasionally flaming — whiskey rushed out of the storage.

The fiery booze set several buildings and homes aflame. In total, 13 people died in the incident — but not in the way you would think.

You see, the Irish love their whiskey, and Dubliners hated to see good alcohol go to waste. So, they started scooping up and drinking the whiskey. Plenty of people passed out on the streets and the 13 victims died of alcohol poisoning or related issues. 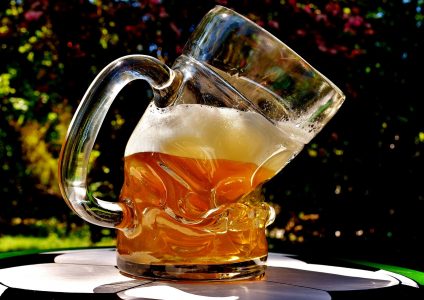 Another alcohol-related flood happened in jolly ol’ England a few decades earlier. In 1814, a clerk at Horse Shoe Brewery in London noticed that a support hoop had fallen off one of the barrels holding more than a million pints of beer.

The clerk notified workers to come and fix the issue — but no one did. An hour later, the barrel burst.

The flood of porter demolished the brewery’s wall and rushed through London’s New Street in a 15-foot tidal wave. Virtually nothing that got caught in its path survived — including eight people.

It’s a good thing Horse Shoe Brewery was held respons-… What’s that? The flood was ruled an “act of God” and the brewery paid absolutely nothing in compensation to the victims?

1. The Great Molasses Flood of Boston 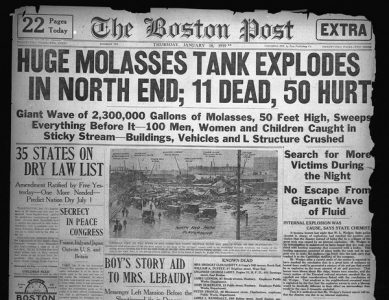 An enormous molasses storage tank in the yard of the Purity Distilling Company burst from the inside. More than two million gallons of molasses flooded down Commercial Street at 35 miles per hour.

The brown goo wiped out buildings, destroyed a railroad, injured 150 people, and killed 21. The entire area was covered in a nightmarish sticky sludge for the next half a year.

An investigation at the time determined there was nothing wrong with the tank, but today we know that the kind of steel used to build it was basically a ticking time bomb. They just had no idea at the time.