All creatures on Earth are small miracles of nature. That said, in some cases it’s more of a matter of how miraculously pathetic they are.

Before you get too worked up, we at Oddee love animals. But you just can’t help but look at some of them and wonder why they exist.

They’re not the deadliest, or the prettiest, or have any particularly unique skills. These creatures are just kind of… There.

Here’s a list of six of the most pathetic animals we could think of. Whether they’re slow, dumb, or just kind of pointless in general, you can’t help but pity them.

Jerboas are small rodents that live in the deserts of North Africa and Asia. And for their credit, their huge ears give them excellent hearing and they can be incredibly fast on their weird ostrich legs.

But what amazes us more is how these things have managed to survive. Their only means of defending themselves is their speed — if that doesn’t work, they’re too dumb to even try to hide.

Not only that, these critters seem to not know how to feed themselves. And it’s not just us saying that — actual animal scientists have documented that they’re utterly inept at finding, storing and protecting food.

Unlike most rodents, they can’t bite through hard seeds, either. As a cherry on top of it all, they’re reluctant to reproduce. 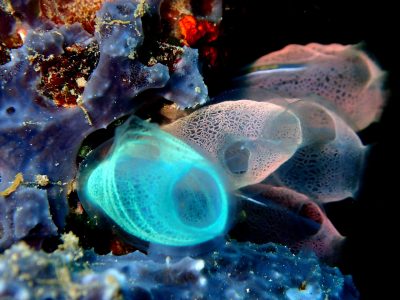 It’d be unfair to call sea squirts stupid. What can you expect from an animal that literally doesn’t have a brain?

A sea squirt’s life begins like that of many other marine filter feeders. After it hatches from an egg, the sea squirt larva will swim around looking for a good place to settle.

But once it finds that, it faces a dilemma. Growing into an adult sea squirt takes a lot of energy, but how is the tiny larva to find food for it?

Well, since the squirt isn’t going to go anywhere for the rest of its life, it eats its own brain. The larva digests its brain ganglion and goes through metamorphosis to become an immobile tube.

Once it reaches adulthood, the sea squirt will have only the most rudimentary nervous system left. It doesn’t even have any sensory organs to speak of.

All it does is sit on its rock and filter food from the water. 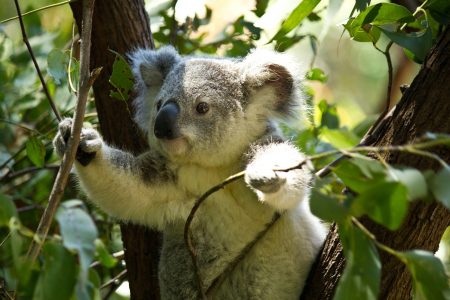 Koalas might be sort of cute, but that’s about all they have going for themselves. To begin with, they have one of the smallest brain-to-body-weight ratios out of any mammal — meaning their brain is tiny.

Not only that, their brains are very smooth, which lowers their intelligence even further. There’s a reason for that, though.

After all, it’s hard to grow a good brain when you subsist entirely on nearly zero-nutrition, toxic eucalyptus leaves. The leaves are also so tough that they wear a koala’s teeth down in about six years.

And what does the koala do to compensate for the loss of its teeth? Nothing, they just starve to death.

Oh yeah, and around 90% of them have chlamydia. 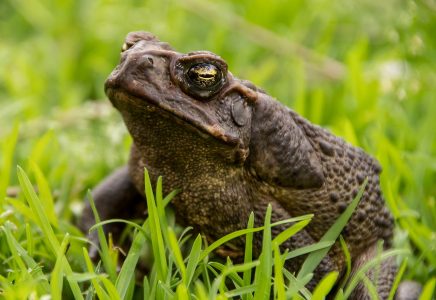 You probably wouldn’t think of cane toads as particularly pathetic. They’re highly toxic, eat both living and dead animals without a second thought, and they’re the largest toads on the planet.

The object of their attention doesn’t even need to have a pulse. Scientists have observed male cane toads trying to mate with long dead females for hours on end.

Being so in thrall to your lust that you’ll resort to necrophilia? Yeah, we’re calling that pathetic. 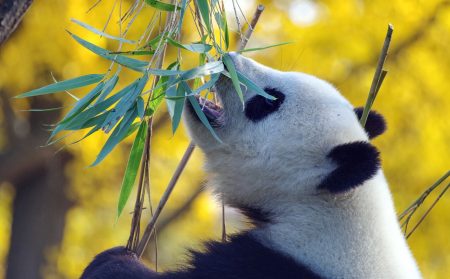 We can already hear you furiously typing on your keyboards, panda lovers. But we’ll stand by this — pandas are pathetic.

Think about it this way — pandas are bears. And when you usually think of bears, you think of a dangerous predatory beast.

Well, pandas, despite being carnivorans, mostly eat bamboo. And since bamboo is so low in nutrition, they have to spend practically their entire lives eating.

They sit, and eat, and sit, and eat some more. Oh, and they poop — up to 40 times a day because the fibrous plant matter just runs through them.

You’re probably expecting us to say something about how they don’t want to get busy, either. We’d love to, but recent research has shown that pandas only refuse to hump in captivity.

So they’re not intentionally driving themselves towards extinction. At least they got that going for them, now.

The kakapo, or owl parrot, is a large flightless parrot that lives exclusively in New Zealand. And it’s potentially the most pathetic animal on the planet.

Let’s start by saying it’s the only flightless parrot species. Not that flightless birds don’t exist elsewhere, but being the odd one out of an entire family of otherwise flying birds is kind of sad.

The kakapo also has one of the lowest reproductive rates of all birds. That could be because the males frankly suck at attracting females.

During its mating ritual, the male kakapo makes obnoxiously loud grunts that can be heard up to three miles away. Their noise echoes so much that the females rarely have any idea of where the male is supposed to be.

And finally, they don’t value their lives at all. Their ingenious defensive strategy consists of standing perfectly still and hoping the hungry predator feels so sorry for you that it leaves you alone.

Of course, that never works. Is it any wonder then that there are only about 200 kakapos left?