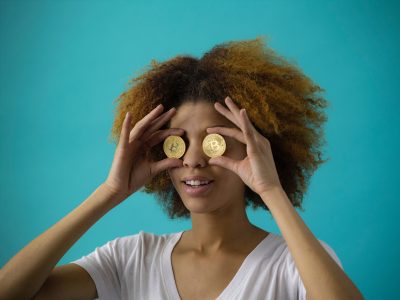 Bitcoin – the poster child of cryptocurrency – is the largest digital coin in existence today. With several hundred billion dollars in market capitalization, the coin is still an enigma for people around the globe. Even regulators have a tough time wrapping their heads around the concept of digital currencies and blockchain.

But there is more to Bitcoin than just a distributed ledger. Here are 5 weird facts about Bitcoin that you should know about.

1.) Nobody knows who created Bitcoin.

A mysterious figure called Satoshi Nakamoto, who could either be one person or a group of persons, created Bitcoin. However, even after a decade of its creation, we still don’t know who the person/people behind Bitcoin was. Satoshi Nakamoto is probably a pseudonym used by an incredibly talented programmer who gave us the first possible iteration of blockchain and a cryptocurrency-based payment system.

Nakamoto was very active in different online forums before, and shortly after the creation of Bitcoin. However, he mysteriously disappeared from the scene soon after. Till date, Nakamoto hasn’t surfaced back. Some people have claimed to have found him and others have claimed to be him, but all these were either gross misrepresentations or lack of sound judgment. The real identity of Nakamoto is still a mystery. Interestingly, he was even considered for the Nobel Prize in Economics, in 2016.

Another fun fact is that Vitalik Buterin, a Russian-Canadian programmer, is the youngest billionaire ever, and a co-creator of Ethereum. Check out this site https://swyftx.com/au/blog/who-is-vitalik-buterin, and find out how he created the 2nd largest cryptocurrency after Bitcoin.

2.) The FBI has one of the largest Bitcoin wallets.

There was once a very famous website called Silk Road, which used to accept Bitcoin deposits for trading almost anything, mostly illegal things like drugs. The FBI cracked down on the website and arrested its operator. It also seized the pile of Bitcoin that he had amassed during the website’s operations. According to some estimates, the FBI Bitcoin wallet is worth over $120 million. Given the volatility in Bitcoin prices and its tendency for wild upswings, the wallet could be worth much more.

It is more interesting considering the fact that the US government doesn’t have a clear set of rules related to Bitcoin. It is still operating from the shadows, which means that the FBI is also a part of this shadowy digital currency system, albeit not by choice.

Since Bitcoin is the oldest cryptocurrency and blockchain in the world, it is only natural for this chain to give rise to numerous altcoins. However, the number is bafflingly high. Out of the 2,600+ digital currencies on the market today, about 436 were created as forks (or forks-of-forks) of the original Bitcoin blockchain. This feat allowed a lot of traders to take advantage of bitcoin trading software like the Bitcoin Rush to get that extra advantage when trading Bitcoin. The most popular forks include Bitcoin Cash and Litecoin, but there is also a Bitcoin Gold, Bitcore, Bitcoin Air, etc. In all, there are a total of 105 active Bitcoin forks in the world today, of which 45 can be considered direct forks.

4.) Satoshi is not the smallest unit on Bitcoin.

While the common developer and community consensus is that Satoshi is the smallest unit of the Bitcoin blockchain, the Lightning Network has an even smaller coin. 1 satoshi is equal to 0.00000001 BTC. On the Lightning Network, there is a unit called MilliSatoshi (MSAT) which represents the thousandth unit of a Satoshi. This means that every 1,000 MSAT = 1 Satoshi and 100,000,000 Satoshi = 1 BTC. In this case, 1 MSAT will represent 0.00000000001 which gives an even smaller unit of Bitcoin, which could be used for mini transactions. This is especially helpful for users, considering that Bitcoin is an extremely high-valued coin, and we would need smaller units to make day-to-day transactions.

While this looks like a small amount, we must not forget that Bitcoin is worth $8,400 at current prices, and reached its peak at $20,000. Most of the people who form a part of the Bitcoin community only have a small number of Bitcoins to spend, and several large wallets are holding millions and billions worth of BTC. While this could mean that Bitcoin wealth is concentrated, it could also mean that users need better payment solutions to spend their small fortunes.

These were 5 weird facts about Bitcoin. Does it make you like Bitcoin more, or are you a fan of an altcoin? If neither, cash is still around, for now…