One day, life on Earth will end. All humans, animals, plants, and even microbes will die, and there’ll be nothing left but a sterile rock floating in the void.

Of course, that hasn’t happened yet (as far as we know). But that just fuels people’s curiosity about how exactly the world is going to end.

Scientists have some more or less believable theories, but that’s not what you’re here for. So, here’s a collection of the most bizarre end of the world theories we could find.

Some of them have already been proven to be wrong. Others haven’t… Yet.

The Attack of the Zeta Reticulans 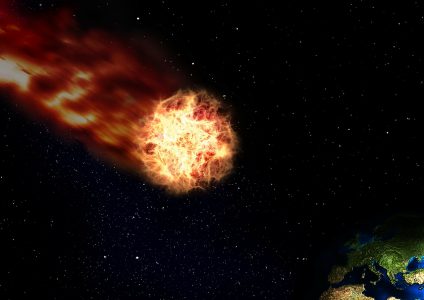 Zeta Reticuli is a binary star system a bit under 40 lightyears away from Earth. And it was supposed to kill us all.

In 1993, Nancy Lieder claimed that she had been contacted by aliens from Zeta Reticuli — Zeta Reticulans if you will. According to Lieder, she has an implant in her brain that allows her to communicate across the cosmos.

Lieder claimed that in May 2003, the Zeta Reticulons — alongside their entire start systems — would come barging through our solar system. In the best-case scenario, the passing of Zeta Reticuli would cause cataclysmic destruction on Earth. In the worst-case scenario, we’d all die.

Considering that it’s now April 2022 and Zeta Reticuli is still lightyears away, Lieder seems to have been wrong. Of course, she herself claims she made the whole prophecy up to “fool the establishment,” for whatever reason.

The Prophetic Chicken of Leeds 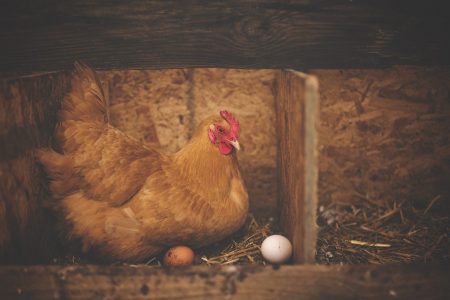 You can think of many different kinds of people who would prophesize the end time. But who would’ve thought we’d have a chicken get in on the fun.

But in 1806 in Leeds, England, it happened. A local farmer claimed his chicken had begun laying eggs with the inscription: “Christ is coming.”

He could back up the claim too — the man had eggs into which the message had been written. Perhaps unsurprisingly, the event caused some ruckus around Leeds at the time.

But then everybody found out the truth. The chicken’s owner had written the message onto the eggs himself with corrosive ink and then uhm… Reinserted the eggs into the chicken so it could lay them again.

Honestly, we’re only surprised he managed to shove eggs back up into a chicken. Sounds difficult. 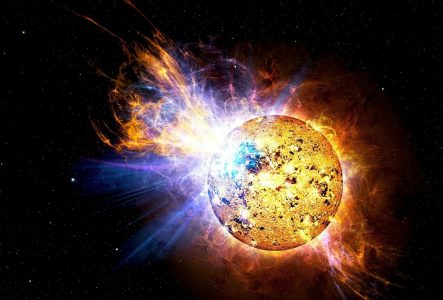 Now here’s a theory that hasn’t been proven wrong yet. And you can’t really prove it wrong because it could, theoretically, happen at any moment.

Gamma-ray bursts, or GRBs, are immensely strong bursts of electromagnetic radiation from exploding or colliding stars. In a few seconds, they put out as much energy and radiation as the sun emits in 10 billion years.

Radiation that strong can travel immense distances through space and still be deadly. If one lasting more than two seconds were to hit Earth, it would strip off the ozone layer and fatally irradiate the entire planet.

Of course, we don’t have to worry about the sun doing that — but what about other stars in our galaxy? In fact, scientists theorize that GRBs may have caused some of the past mass extinction events on Earth.

We just have absolutely zero way of knowing when the next one will hit Earth. Why, it could happen right now. Isn’t that a comforting thought? 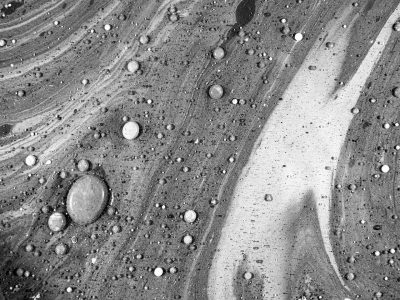 This theory is another one that hasn’t happened yet but could happen in the future. But for the Gray Goo scenario to take place, we would first have to invent advanced nanorobots.

Nanorobots are tiny robots as tiny as atoms. Some engineers and scientists speculate that in the future, we will be able to program them to form objects at will, repair technology, and even perform medical operations.

To get to that point, we would have to create a self-replication nanobot. That means that the robots could harvest resources from around to build a copy of themselves.

But what if the speculated gigantic swarms of these self-copying robots got out of hand? They could suck the Earth dry of all resources — including every life form — while endlessly replicating themselves.

In the end, there would be nothing left on Earth but a writhing mass of tiny robots resembling a gray goo.

Return of Our Alien Creators

The Prophet Hen of Leeds supposedly prophesized the return of our creator. Well, so too does Raël, but in his view, our creators aren’t divine.

Raël, born in France in 1946 as Claude Vorilhon, claims that in 1973, he came into contact with the Elohim. These aliens — mistaken for gods by past humans — are supposedly the true creators of life on Earth.

Once we do so, Raël claims our glorious alien creators will return to the Earth for good. They will teach us how the secrets of immortality and we’ll finally live in an age of perfect peace and harmony.

This theory doesn’t really involve the destruction of the human race. But Raëlism also espouses that in this perfect era, we would genetically engineer ourselves to a point that we probably wouldn’t be recognizably human anymore.

And all we need to do is have faith and do enough sex-based meditation to cultivate our souls.