As the number and severity of cyber attacks increases year over year, we’re beginning to amass quite the collection of catastrophic tales. But sometimes cyberattacks and hacks aren’t all that they seem. In many cases, they’re just downright weird.

In this article, we’re going to explore some of the strangest hacks in recent memory. And we’ll begin with a Godzilla-sized story: 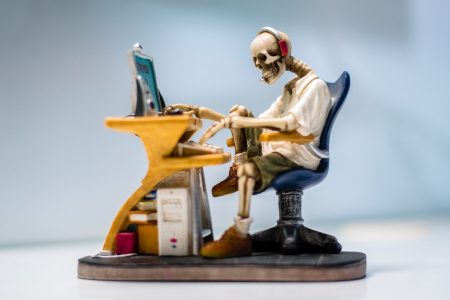 Connected devices sound great in theory – and the internet of things (IoT) certainly has its pros – but there are times when we all wish there were a few more stoppages in place. This was certainly the case in 2014 when a group of Californians decided to prank locals by hacking into electronic road signs.

When the pranksters successfully tapped into the system – which apparently wasn’t very difficult to do – they initiated the second part of their masterful plan by reprogramming all of the signs to read: “GODZILLA ATTACK – TURN BACK.”

Apparently the hackers thought their little prank was funnier than it was. The prank fell flat with virtually nobody bothering to turn around (or even take pictures). And while it spawned other similar attacks – including a “zombie outbreak” in Austin, Texas – it thankfully hasn’t caught on in most parts of the country.

Who doesn’t love a good brand war? And while Wendy’s is known to be the most savage of the major fast food chains, Burger King and McDonald’s have always had a friendly war. But an incident in 2013 took things to an entirely new level.

After successfully finding his way into the official Burger King Twitter account, a curious hacker began posting messages that claimed the franchise had been sold to McDonald’s. Then he took things a step further and changed their name and profile picture to reflect the supposed acquisition.

The hack lasted for roughly an hour before Twitter suspended the account and gave control back to Burger King. And while McDonald’s didn’t have anything to do with the hack, they actually ended up getting the raw end of the deal. That’s because Burger King picked up 60,000 brand new followers!

You won’t find many organizations with better security than a casino. But even they have vulnerabilities and loopholes. And a hungry hacker will use any means necessary to break through an airtight network defense.

In one instance, a hacker who was having trouble getting in through the casino’s security systems accessed the network through an internet-connected aquarium thermometer. Using this as his entry point, he extracted massive amounts of sensitive data from the database. In total, he swiped 10GB of data before he was caught. Now that’s…fishy!

As ransomware becomes more commonplace, we’re starting to see certain companies fight back. And in one instance, it was the band Radiohead that had something to say about an attempted cyber hostage situation.

In 2019, a group of cyber thieves gained access to over 18 hours of previously unreleased music and threatened to release the tracks to the public if the band didn’t fork over $150,000. So what did the band do? They released the music themselves. Look who’s laughing now?

5. This is Your Boss

Voice fraud – or voice phishing as it’s often called – will become a serious problem in the coming years. And in one instance, a UK-based energy company was scammed out of a quarter of a million dollars when a criminal posing as the boss of the company tricked an employee into wiring money with an AI-spoofed voice message. Yikes…talk about having a really bad day at the office!

Things Aren’t Always as They Seem

We’ve seen a massive shift in the cybersecurity landscape over the past few years. Organizations are investing more financial resources, time, and energy into their digital defenses than ever before. From SIEM security to better password hygiene, companies small and large are getting cyber facelifts…and for good reason.

Small businesses, large businesses, government organizations…nobody is totally immune from a cyber attack or hack. And while the results are often catastrophic, sometimes we can’t help but chuckle at the less-serious outcomes. As these stories show, humor is sometimes found in the most unlikely of places.