A documentary movie was made about a British rock band almost 40 years ago, and it took America by storm. The viewing public couldn’t believe the outrageous things they saw on the screen and wondered why they’d never heard of this crazy band ‘Spinal Tap’ before. There was a simple explanation for that. ‘Spinal Tap’ didn’t exist as a band. They’d been invented for the purposes of the movie, which is a mockumentary. Even today, thousands of people who’ve seen the film still believe that it’s based on the exploits of a real band.

The fact that the central characters are all fictional isn’t the only strange thing about ‘Spinal Tap.’ As should be expected of a movie that’s all about rock and roll express, there were some strange events in and around the filming of the movie that most people aren’t aware of. We could talk about those peculiar eventualities all day, but we’ve confined ourselves to just five for the purposes of this article. Here are five weird facts about ‘This Is Spinal Tap,’ and the totally made-up band who shot to fame because of it. 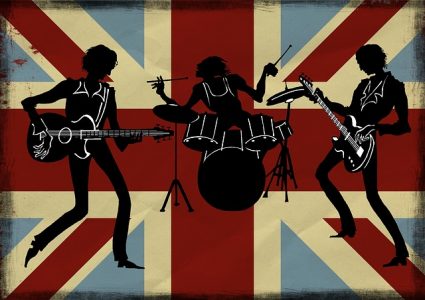 It Was A Box Office Failure

These days ‘This Is Spinal Tap’ is thought of as an all-time comedy classic. Some people – ‘Time Out’ magazine, for example, have gone as far as calling it the greatest British comedy movie of all time. Because of that, you’d naturally assume that it was a big hit at the box office. It wasn’t. It was a total flop, panned by critics and ignored by audiences. Only years later, after it was released on VHS and then subsequently on DVD, did its reputation begin to change.

The style of the fly-on-the-wall documentary comedy may have been too far ahead of its time for the movie-viewers of its era, but fit perfectly for their children. After making only $4m at the box office, the movie has gone on to make more than half a billion dollars since. That’s a sore point for the actors who played the band members, who haven’t seen any of that money and have since gone on to sue for their fair share.

IMDB Changed The Rules For The Film

IMDB is, for the main part, a website with a serious tone. It’s there to review movies, allow other people to provide ratings for movies, and provide information about the cast and crew of films. It doesn’t make jokes, and it doesn’t tend to encourage other people to make jokes either. For ‘This Is Spinal Tap,’ it seems that the website’s owners couldn’t help themselves. There’s a famous scene in the film where one of the band members proudly announces that his amp turns up to 11 instead of 10, only to be crestfallen when the documentary maker points out that he could simply have made ten louder. IMDB has applied a similar theory to the movie’s rating on its website. Whereas every single other film listed on IMDB is rated out of 10, anyone rating ‘This is Spinal Tap’ gets to pick a score between one and eleven.

Although ‘Spinal Tap’ isn’t a real band, Black Sabbath is, and back in the 1980s, they were very serious about the heavy metal music they played. That’s why they and their lead singer Ozzy Osbourne were extremely displeased when they felt that they were being deliberately mocked in the movie. In one memorable scene, the band tries to order a scale replica of Stonehenge to act as a stage backdrop on their tour. The laughs come when they somehow managed to order a prop that measures eighteen-by-eighteen inches as opposed to feet. This is remarkably similar to something that once happened to Black Sabbath; only Black Sabbath ordered a Stonehenge set that was too large as opposed to too small.

Black Sabbath felt that their misfortune had been played up for the big screen because the movie was released in 1984 – a year after the Stonehenge incident happened on their ‘Born Again’ tour – but the scene in the film was recorded in late 1982. The whole thing was just a bizarre coincidence.

U2 Have Made The Seashell Mistake

In one of the movie’s most farcical scenes, the character of Derek Smalls gets trapped in a sea-shell shaped pod while attempting to enter the stage. All of the band are supposed to emerge from the pods to start their set, but Derek’s refuses to open, and so he’s forced to play the band’s entire set from the inside of the shell. By the time it opens, the band are closing their set and heading back into the shells. You’d have thought that rock bands would have learned from this farce and avoided any risk of it happening to them, but an almost identical incident once befell Irish rock legends U2. In 1997, while on their famous ‘Popmart’ tour’s European leg, the entire band got trapped inside a giant lemon in Oslo. They were stuck in there for several minutes before stagehands prized the lemon open, and they could get on with their performance.

The Movie Lives On At Casinos

There are a few pieces of merchandise that you can expect to come from a successful movie. You might get a range of action figures, a few different t-shirts, and an official soundtrack. If the film has been a big hit – which we know this one wasn’t at first – it might be accompanied by an official video game. ‘This Is Spinal Tap’ doesn’t quite have an official video game, but it does have an official online slots game. Apparently, online slots are the new rock and roll. The likenesses of all the film’s main stars and all of their ‘hit’ songs are featured in the Online Slots UK, which has been raking in money at online slots websites since it was released in mid-2018. They’re not the only band you’ll find there – fellow 80s rock giants Guns n’ Roses also feature in their own online slots game – but it’s a rare accolade and quite an astonishing one for a band that doesn’t exist.