There are many animals that scare us — and for a good reason. Then there are those that look cute or are really tiny but can still murder you.

And finally, there are animals that will send you running and screaming. But if you got over that initial instinct to run for the hills, you’d realize that underneath that terrifying surface is a perfectly harmless creature.

Here are five animals that seem creepy but are in reality more or less harmless (at least to humans). 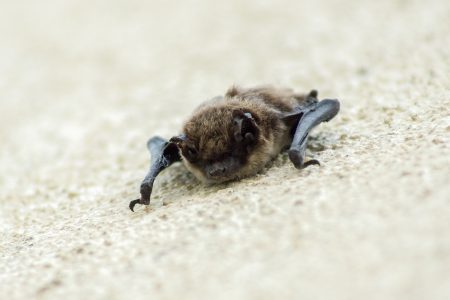 Vampire bats have creeped humanity out probably as long as we’ve been aware of them. It probably doesn’t help their reputation that we named them after a mythical bloodsucking monstrosity. Yes, they got the name from Dracula and not the other way around.

It is true that vampire bats can carry rabies and transmit it by biting. But the risk of getting infected is actually very, very small.

Only about 0.5% of all vampire bats carry rabies, and if they do, they may be too disoriented to fly and eat. Also, vampire bats don’t really like feeding on humans — they prefer animals.

In fact, they’re downright friendly to humans. One researcher reportedly got so friendly with some vampire bats that they learned to recognize the names the scientist gave them. 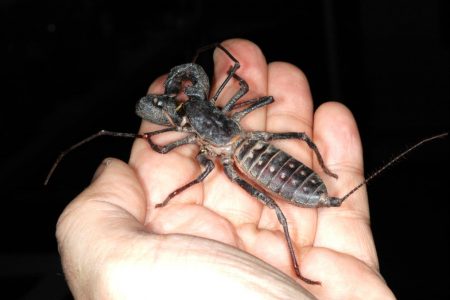 Have you seen Harry Potter and the Goblet of Fire? Remember that scene where a teacher at Hogwarts tortures a giant, creepy-looking insect? That’s a whip scorpion — only scaled up.

Whip scorpions are arachnids but not particularly closely related to real scorpions. They still look scary, though, with their pincers and whip-like tails.

But they won’t hurt you. In many cases they literally can’t — they’re not venomous and their sharp parts aren’t big enough to do anything to you.

Some of the bigger species have pincers that could give you a small nip. But whip scorpions are very docile creepy-crawlies and you’d have to really pester one to get it to attack you.

The worst thing they could do is offend your nose. If they feel threatened, they may squirt out a foul-smelling ooze to get you to back off.

Thanks to their non-venomous and peaceful nature, whip scorpions are surprisingly popular exotic pets. Some people even let them crawl on their faces. 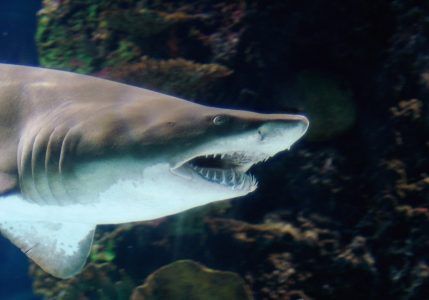 Sand tiger sharks are absolutely terrifying. Just look at those teeth! It’s like nature took a barbed-wire fence and stuffed it in a fish’s mouth.

Add to that the large size of the sharks (up to 10 feet) and you have a thing made out of pure nightmares. But the thing about nightmares is that they’re just dreams — they can’t hurt you and neither does this shark.

Although it looks like a natural killing machine, sand tiger sharks are in reality very docile and slow. They have never killed a human being — their mouths just aren’t big enough to deliver a fatal bite.

They do occasionally snap at people, but in practically every case, it was because the victim was bothering the shark. They like swimming in shallow waters to look for fish, so occasionally fishermen or hapless tourists get too friendly with them.

But even then, an annoyed sand tiger shark is more likely to attack any nearby fish than a person. 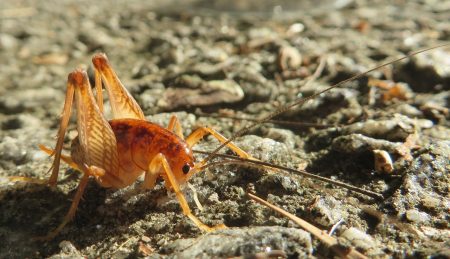 Ever made an embarrassingly high-pitched screech when you go into your basement and a spindly bug with long antennae jumps at you? That’s the usual encounter with a camel cricket, also known as a cave cricket.

Moist, dark basements are ideal environments for these crickets. And it’s easy to see why they might creep people out — they’re fairly big (up to 1.5 inches), have long legs and antennae like cockroaches, and they have a weird humpback body structure.

Camel crickets aren’t pests, they don’t carry any diseases, and they can’t bite or sting. In fact, they might be doing you a favor by keeping your basement clear of other dead bugs and organic detritus.

They might become a nuisance if your house has large numbers of camel crickets. But in that case, you probably have a bigger issue with leaking water somewhere than the crickets could ever be. 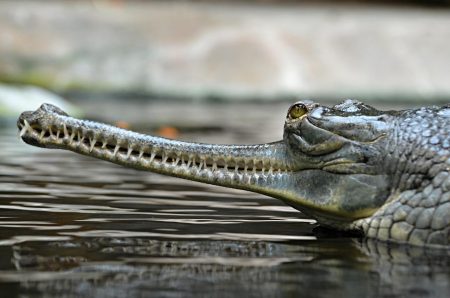 The gharial looks like something out of a prehistoric monster movie. Granted, these relatives of the crocodile look downright alien with their bulging eyes and tooth-filled, long needle snouts.

But those creepy jaws don’t pose any kind of threat to you. Sure, the sharp teeth could give you some wounds, but there’s a very good reason a gharial wouldn’t even dream of biting you.

If it did, there’s a high chance it would only fatally injure itself. Gharials’ snouts are quite brittle and fragile. If one bit you, your struggling would probably snap the gharial’s jaws.

Not only that, gharials have zero reasons to bite people. Since their jaws are so weird, they can’t tear off big pieces of meat and prefer to catch fish, frogs, or bugs.

Finally, gharials have been described as shy animals that do their best to avoid humans altogether. They’re probably the best example of “it’s more scared of you than you of it.”