Language is a weird and wonderful thing, and not a lot of people realize that. There are so many differences that are expressed through languages, and the closer we look, the weirder things can get. Here are some of our favorite facts about language that prove how weird it can be. 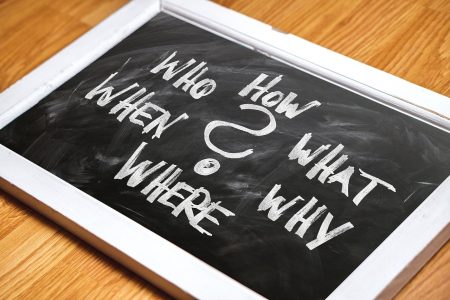 There are No Words for ‘Yes’ and ‘No’ in Gaelic

Whether you are looking at Scots or Irish Gaelic (as they are intertwined very closely) you will discover that there is actually no precise words for yes or no. Many other languages have them (“oui” and “non” being key examples from French) but the Gaelic speaking populations have none.

Of course, this does not mean that there is no way of expressing a positive or negative. Gaelic tends to use phrases that express “It is” or “It isn’t” in place of yes or no. It is interesting to consider, and to wonder as to how these conditions arose precisely.

Most European Languages are Related

Believe it or not, most European languages and some Asian ones are related in some way, with the exception of two. This might seem odd when you begin to look at language families. For example, English is a West Germanic language, closely related to others like Dutch and German. These seem to be very different on the surface than the Romance Languages – Spanish, French, and Italian – which are descended from Latin.

However, there is an older family of languages that links all of these together. Scholars call this language Proto-Indo-European. It is a theorized common ancestor of all of them, that no doubt would have been brought by migrants thousands of years ago. As we settled and spread, the languages evolved into the families we know today.

Basque and Finnish are Exceptions

The two major exceptions to Proto-Indo-European languages are Basque and Finnish. These are both strangely unique, and many scholars are unsure as to how they exactly arose. Looking first to Basque, it is clear to see the connections between French and Spanish, but there is the Basque region sitting right between the two with their own unique way of expressing things.

The other exception is Finnish. The other Scandinavian languages are very similar. Swedish, Danish, and Norwegian have many similar phrases and words like the Romance languages do, and Finnish is the exception to this. Just by looking at the Finnish language, you can even see just how different it is even if you don’t speak it. However, if you do decide to learn Finnish, you can bask in the knowledge that you know one of the most unique languages in the world!

Colors Can Be Different

Did you know something as simple as a color can be completely difficult to someone who speaks another language? Let’s take an example here of the colors cornflower and navy blue. Though they have the adjectives on the front to tell us about the shade, English speakers would agree that these colors are the same. They are both blue.

The difference comes in for Russian speakers. A Russian would claim that these are in fact different colors. One is “goluboy,” or light blue, while the other is “siniy,” or dark blue. This is just one of the many distinctions we see across the world for something as simple as color. It is truly astounding to think that we can express the same thing so differently.

Language connects us all, and it is one of the most interesting areas you can study. Try picking up another language, even just for the fun of it. You never know what differences you might come across by doing so!