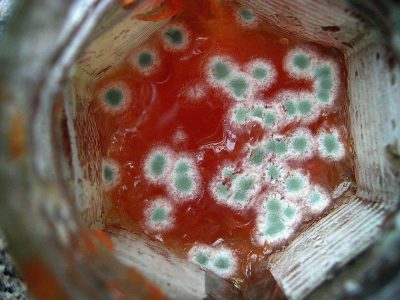 A mold infestation is a problem most people will have to deal with at some point in time. It is typically a result of dampness or increased humidity around dead materials, especially wood. Although it is a pretty common problem, having damp fungi patches on the walls of your home is always going to be an eyesore.

If you’re thinking of postponing getting rid of the mold in your home, think again. There are a couple of severe consequences that can happen as a result of prolonged exposure. Mold is a generic name given to several fungi species so, and the effects can vary greatly depending on the strain that is present in your home. Below are the more common health challenges associated with long term exposure.

Asthma attacks have a long history of being associated with mold infestations, especially in children. According to a WHO report, indoors dampness and mold are significant contributors to the plight of the 300 million children with asthma worldwide. In fact, according to a separate report from asthma.org.uk, 42% of people with asthma claimed that being around mold triggers an asthmatic attack.

This triggering of asthma attacks is because mold produces spores, which, when breathed in, cause the immune system to react by causing coughing and wheezing and sneezing.

If you or any of your family members suffer from asthmatic attacks, mold removal is crucial once you notice the signs.

A lot of people have allergic reactions to mold and fungi, mainly due to the spores produced. Some of these reactions can be diagnosed and easily treated; others may not be so easily dealt with.

Sick Building Syndrome (SBS) is common among people who live in dilapidated, mold-infested homes. SBS occurs when people living in a place experience acute health issues that appear linked to the time they’ve spent in the location. Most importantly, however, in SBS, no specific illness or cause can be diagnosed.

Damp and moldy conditions also form excellent breeding grounds for bacteria, which means an increased risk of infection. Bronchitis and other respiratory infections are common infections that can result from the chemical release from the mold.

In the 1990s, some children in Cleveland, OH, were diagnosed with pulmonary hemorrhage resulting from exposure to mold. The primary culprit, in this case, was a mycotoxin produced by that particular strain of mold.

Mold in a home is not simply an aesthetic problem. As much as it can cause the decay, rot, or weakening of items and structures, it is also detrimental to your health.

Special care should be taken if you have young children around as their immune system is not fully developed, and they are especially prone to infections. Once you notice the signs of a mold infestation, get rid of it!