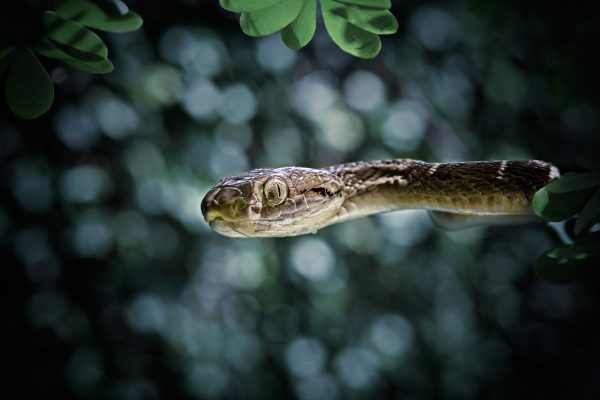 This python may have bitten off more than he could chew, or in this case, swallow…

Mr. Ben Nyaumbe got in quite the fight with a 13ft python, in Kenya, 2009. He said the he “stepped on a spongy thing on the ground and suddenly my leg was entangled with the body of a huge python.” The snake had wrapped around Mr. Nyaumbe and pulled him into a tree, where they both struggled for three hours.

The snake had trapped Mr. Nyaumbe’s hands and was trying to swallow him. He struggled very hard, as some of the villagers that saw said. Mr. Nyaumbe had tried the smother the python with his shirt to keep from being swallowed. “I had to bite it,” he said. He told the police that his phone was in his pocket. He managed to get it when the python momentarily eased its grip while it was hauling him up the tree.

Two police officers had shown up and wanted to shoot the python, but they feared of hitting Mr. Nyaumbe, instead. Mr. Nyaumbe was injured by the time the officers got him out of there. He had bit the tail of the python and said that it was sharp at the end, and he cut his lip on it.

How Did He Get Free?

What Happened To The Snake?

Police took it to a sanctuary in the town of Malindi. It escaped that night, though. Probably from a gap that was under the door, in the room that the snake was kept in.. Supt. Katam said that they are looking for the snake. They never found the snake. “We want to arrest the snake because any one of us could fall, victim,” he reported.