McDonald’s is everywhere and even if it isn’t your favorite place to eat, you’ll find something you like. So if you end up at one, and you want something a little different, maybe even decadent, try a food hack.

What’s special about this, you’re asking? Well, nothing specifically. Except for you can save some major money ordering this way. It’s more of an order hack than a food hack, but either way, here it is. Instead of ordering separate nugget meals, order a “basket of fries” and a 20 piece nugget. Same amount of food as a few meals, and less cost. What more could you want?

Yes, Keto at McDonald’s. Obviously there are things you have to stay away from and you cannot indulge in with keto, but nonetheless, this food hack will allow you a keto meal at this popular chain. Make a “McMuffin” keto by ordering a plate with two sausage patties, two eggs, and cheese. Hungrier than that? Order two sausage patties, two slices of cheese, and two eggs. Yum. 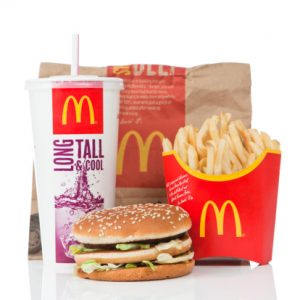 This is a regional item only available in Alaska at this time. You can order it elsewhere of course, just not by name. So essentially the McKinley Mac is a Big Mac but instead of the stand beef patties, in place of them there are quarter pounder burgers. Same idea, same ingredients, same popular favorite, more delicious burger.

Ok, so McDonald’s doesn’t “sell” pie a la mode. But that doesn’t mean you can’t make it! Just order a pie and a vanilla soft serve, grab a plate, and eat. You’re fancy now. 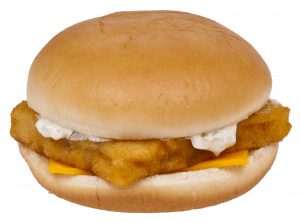 We all know surf and turf as the use of both beef and seafood in the same entrée. But what we didn’t know is that we could order it at McDonald’s. It’s true, and while it isn’t at all traditional it is fun twist. For this one, order a Big Mac and substitute a filet-o-fish patty in place of one of the burgers.

No this is not a menu item, so you cannot just order a root beer float all willly nilly. What you can do is order a vanilla cone, or dish for that matter, and a root beer. Mix them and there you have it, a root beer float. Want a black cow? Similar to a root beer float, this dessert drink combines vanilla ice cream and coke.

Anyone who lives in Wisconsin or loves cheese, or both, would find it pretty appalling to leave cheese off a burger but, it’s also different than a traditional hamburger. So for the All-American burger order a hamburger without mustard and onions. 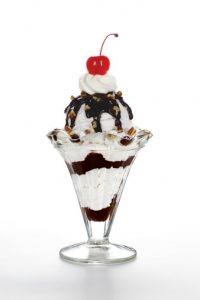 Not boozy, but buzzy. Pour some espresso over your ice cream for a sweet and caffeinated treat. Since this isn’t a menu item, it doesn’t have a name so you just order it by its ingredients. A vanilla ice cream, an espresso, and a spoon or straw, and you’re in business. Want to make it a mocha? Order a hot fudge sundae, also known as vanilla ice cream and fudge, pour over the espresso and enjoy.

There really is no Big Mac on the McDonald’s breakfast menu. To construct a Big Mac Breakfast style, order an Egg McMuffin, double sausage, double egg, and a hash brown on the side. To construct it, place the hash brown in the middle of the two sausage patties. This sandwich is huge and looks absolutely delicious. What an amazing hack.

While this isn’t on the McDonald’s menu, you should order it as a drink, if you will. Ask for all three flavors of milkshake in one; strawberry, vanilla and chocolate. Yum. Of course, if you wanted a vanilla/chocolate shake or a chocolate/strawberry shake, you could get wild with those flavors, too.

Which hack is your favorite? That Big Mac Breakfast sandwich looked absolutely amazing and if you paired it with a buzzy mocha ice cream, could there even be a better breakfast hack out there? Happy eating.