When a company puts out a winning product, like potato chips or cookies, you have to wonder why they’d feel compelled to mess with it. If someone isn’t a fan of chips, it’s hard to believe a shrimp flavor would pique their interest. But still companies spend millions of dollars developing flavors and styles to generate new interest in their brands. Some of them are instant wins, like Double Stuff Oreos, but history and dusty grocery store shelves claim the other misguided attempts. Or, occasionally, Amazon resellers. Here are ten of the weirdest snack food flavors ever made.

Cinnamon and Sugar Pringles. Sweet and salty is an undeniable winning combination. Just look at kettle corn, or try dipping your fries into your milkshake next time you feel like an indulgence. But adding cinnamon to the flavor disrupted a can’t lose combo, and snack food connoisseurs took to Amazon reviews to pan the flavor.

Philly Cheesesteak Slim Jim. There can’t be enough fans of Philadelphia’s signature food, the cheesesteak, for there to be a demand for this very specific snack food. It’s part of their “Flavors of America” line that also includes Cali Taco and New York Buffalo. There’s no further description of the flavors by the company, so you can assume they just taste like processed meat. 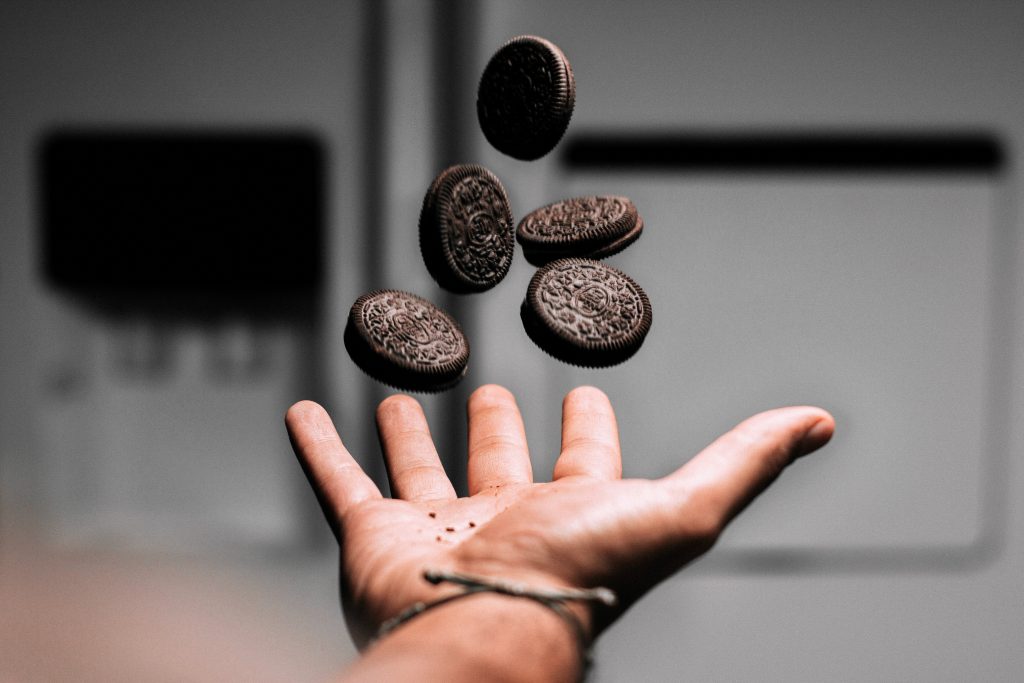 Cherry Cola Oreos. The public has no one but themselves to blame for this one. Oreo’s ‘My Oreo Creation’ lets cookie lovers create their own flavors and the public vote on the best. Cherry Cola Oreos beat out a kettle corn and pina colada flavor. The icing even has popping candy to simulate cola carbonation.

Walkers Roast Chicken. Available in the UK, these chips, or “crisps” are a hit. But, it’s hard to imagine chicken flavor chips selling big in the U.S. There’s also a Prawn Cocktail flavor that you can imagine would just gather dust sitting on American grocery store shelves. 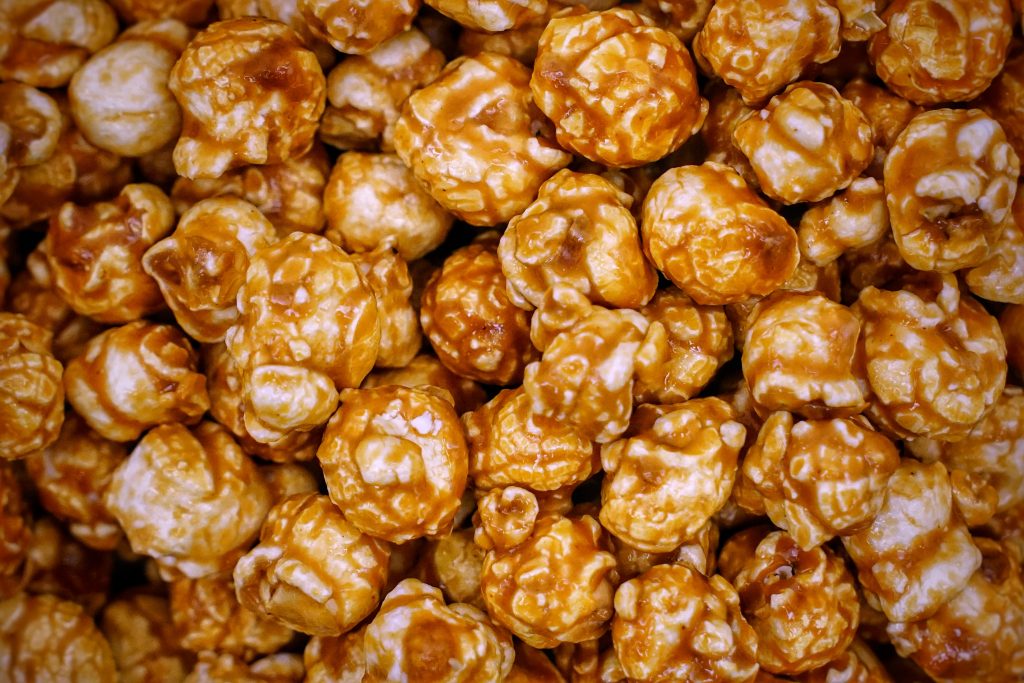 Cheez-It Duoz Caramel Popcorn & Cheddar. It’s hard to steal the good idea of someone else in the snack food world, especially when you make a product with stark differences. Cheesy and caramel popcorn sold together are a home-run great idea. You can’t recreate the experience with crackers and popcorn.

Herr’s Cotton Candy Balls. You’ve seen these around your grocery store for sure. Next to the big plastic drums of cheese balls are their bright blue counterparts, advertised as “sweet and crunchy”. While Herr’s is beyond reproach in the realm of chips, there’s something unnatural about the sweet blue corn puffs. 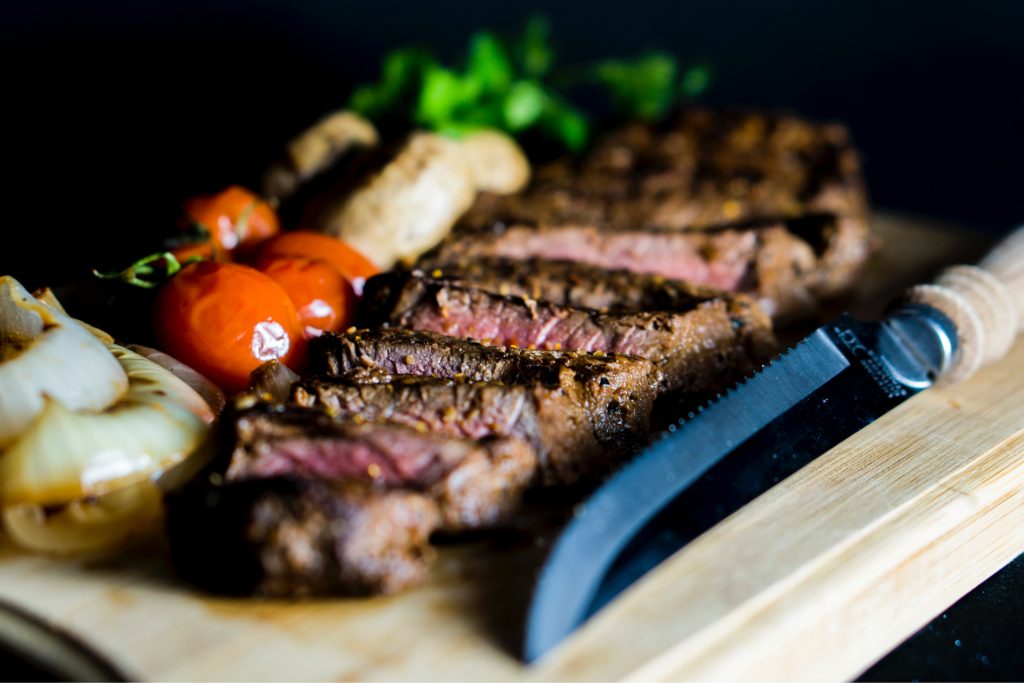 Doritos Blue Grilled Steak. Doritos brand is the hardest working company in the chip game. They’ve made 150 different products and aren’t afraid of messing up. Such as their Blue Grilled Steak, which is noteworthy because it’s a blue corn chip instead of the usual white or orange Doritos. The flavor tended more towards sweet than savory, but keep up the good work, Doritos.

Heinz Sweetened with Honey Ketchup. Heinz has several spicy flavored ketchups that seem like real winners for home fries and hash browns, including jalapeno and Sriracha. But they wrecked that winning streak with the sweet version of ketchup for which no one was asking.

Thai Coconut Peanut M&M’s. No matter how much you love Thai food, you’ve got to have apprehensions about this product. M&M did a special release of the flavor along with Chili Nut, Mexican Jalapeno, and Toffee to choose a permanent product for their candy line. When you have as winning a combination as chocolate and peanuts, why mess with perfection. 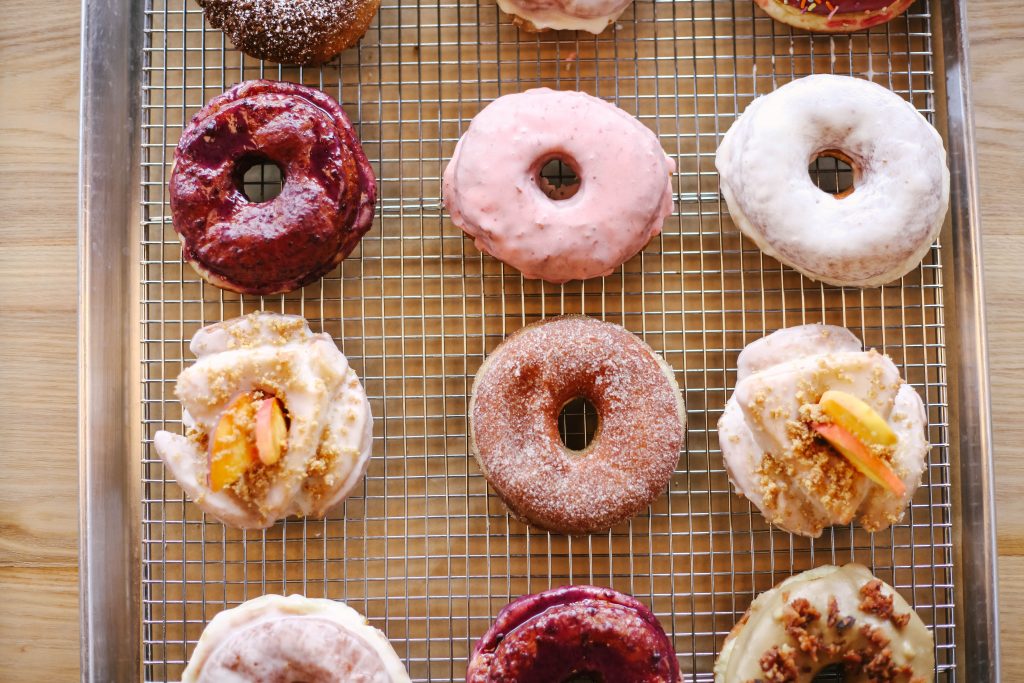 Donut Tic Tac. After all those snack foods, you probably want to reach for a palate cleanser, but instead of refreshing mint you get a tiny burst of donut flavor. Tic Tac gets a bit of a pass because they released this specialty flavor for a Simpsons promotion, but still, who would want such a thing? Well, this guy, who has a blog devoted to finding Tic Tac flavors from all over the world.