Those in power write the history. They’re the ones with the printing presses, the publicity, and the vested interest in seeing their cultural narrative promoted. That’s why it sure seems like white men are the only ones getting things done in the world. But lo! there were all kinds of people doing things throughout history, a lot of them weren’t white, or men. Only learning what The Man wants you to know has some gnarly repercussions (like thinking women and BIPOC can’t make history). Luckily, there are plenty of resources telling the real history of the world. You have to work a little harder to find them. So, in easy listicle format, here are 10 badass women in history you should know.

A self-taught nurse who risked her life to bring medical supplies to soldiers during the civil war. She went on to found the Red Cross. Her example of helping others laid the groundwork for volunteer service in America.

Colvin was the first black woman to refuse to give up her bus seat. The civil rights movement leaders didn’t think Claudette, as a 15-year-old, could garner widespread support, so they recruited Rosa Parks for the same protest. Colvin joined with three other women in the lawsuit to overturn bus segregation.

Coleman was one of the first women pilots, the first Black pilot, and the first Native American pilot. She couldn’t find anyone in the states who would teach her to fly, so she moved to France, got her pilot’s license, and returned to the states as an instructor and trick pilot. 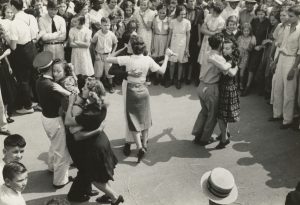 Tough doesn’t begin to describe Hall; she worked in both British and American intelligence during WWII, her career filled with harrowing escapes. She escaped Nazi-occupied France by hiking over the Pyrenees Mountains in the middle of winter, despite the fact she had a wooden leg from a hunting accident.

A drug technician who tracked drug orders for the CDC noticed an increase in antibiotic requests to treat pneumonia in immunocompromised patients. She was the first to bring the AIDS epidemic to the CDC’s attention.

She was a code breaker, which is one of the absolute coolest jobs out there. She and her husband initially helped the FBI investigate the mafia during Prohibition but later assisted in the WWII war effort.

Studied the seismic activity on the planet and used math to show the Earth has a solid core with a liquid outer core, not a completely molten core as believed up until that point.

A pioneer in electronic music. She was the first composer to produce electronic sound but faced some severe sexism from the music industry.

Payne was an astronomer who discovered the composition of the universe. She showed how by studying the light emitted from stars, scientists could identify the chemical makeup. Her Ph.D. thesis has been called “the most brilliant ever written in astronomy.” Arguably on-par with Einstein for meaningful contributions to the field, but not a household name.

She mapped the ocean floor, making the discovery of tectonic plates possible and setting the groundwork for the continental drift theory.