These winter facts are fun whether you’re a winter lover, or a hater. Here are some things you never knew about this cold and snowy season.

It Could Snow Anywhere

And sometimes it does and you will be so surprised at where it snows. If you were in Russia or Wisconsin, you would be hard pressed not to find snow on the ground, ice patches, and frost every morning. But what about in a place like the Sahara Desert? Or even as far south as Phoenix AZ? Depending on weather conditions, stormsl, or other atmospheric situations?? It can snow almost anywhere. Even the driest place on Earth, the Atacama Desert in Chile got dumped on with almost 32 inches of snow thank to a very rare cold front from Antarctica.

Snowflakes Are Not Always Different 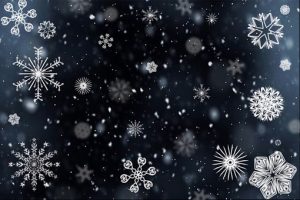 So yes, snow crystals usually form patterns that are unique. However, this is at least one occurnce of identical snowflakes in the record books. In 1988, two snowflakes collected from a storm in Wisconsin were confirmed to be twins by the atmospheric research center in Colorado.

And way faster than you may think. It can fall from 1 to 6 feet per second. At least for the snowflakes that are “made” with broad structures, which act like parachutes. Other snowflakes shaped more pellet-like are much faster to fall to the ground due to their small, round heaviness.

Just because you wake up to a warm day in January, doesn’t mean it will stay that way. Always have extra clothes whether a coat, gloves, or sweatshirts, because the day could start at 55 degrees and turn into 8 degrees. Seriously, this could happen, it did in Rapid City South Dakota. On January 10th 1911, a cold front went through this city and changed the temperature from 55 to 8 degrees F in 15 minutes. This day holds the record for the fastest cold snap in history.

The Earth Is Closer to the Sun in the Winter

Wait, what? Yup. In fact, in January when the Earth reaches the point in its orbit that’s closest to the Sun. Misconceptions of the temperature in the winter are that we are further from the Sun, but this isn’t the case. The weather has to do with the distance of our planet to the Sun ancd which way the axis is tilting. And this explains why the two different hemispheres experience winter at different times of the year.

We Use A Lot Of Salt

Each winter, there are more than 22 million tons of salt used on the U.S. roads. That means each person, if divided equally, uses 137 pounds of salt. Wow.

The Snowiest City On Earth Is… 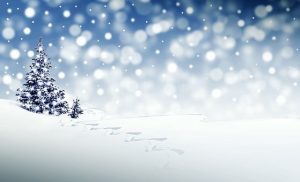 In Japan! Aomori City is located in northern Japan. This city gets the most snow out of all the major cities on the planet. It gets 312 inches, or about 26 feet, of snow on average every year. Now that is a lot of snow, 26 feet on average? Yike.

Snowballs Can Form Themselves

Giant snowballs began washing up on a beach along the Gulf of Ob in northwest Syberia and they were said to be formed naturally, due to the rolling motions of the wind and water. Some of the ‘snowballs’ were almost 3 feet in width. Can you imagine the snowball fight you could have if your snowballs were made for you and this big? 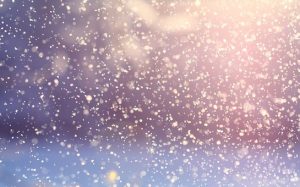 Love winter, sledding, snow, and making snowmans? Use wet snow for the best snowman snow. The wetter and moist-er snow is the best for making snow people. In fact, scientists say that a perfect snow-to-water ratio is 5:1.

Whether you love it or hate it, winter is here. But it will be gone soon enough, so enjoy it in all it’s weirdness because winter is definitely unlike any other season.