St. Patrick’s Day is coming, and it’s everyone’s favorite holiday! Well that is if you like beer, specifically green-dyed beer. 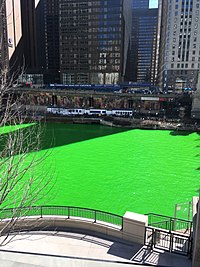 If you’re in Chicago, then you know that the Chicago River is dyed green for the day. There is a parade that’s held on the closest Saturday to the holiday each year and the dying of the river, for those who choose to observe it, begins at 9:00AM. The river is dyed with an eco-friendly and vegetable-based solution that is infused into the water. The color lasts for several days, so don’t miss it!

It Should Have Been Blue

The Saint’s holiday was originally associated with the color blue. The story goes that the Catholic missionary used the green, three-leaf clover as a symbol of the Holy Trinity. The traditional St. Paddy’s color became green because of the symbolism of the shamrock, the Irish flag, and Ireland’s nickname, “The Emerald Isle.” So whether it should have been blue or not, green is the color of St. Patrick’s Day now, and it always will be.

Wear Green or Get Pinched 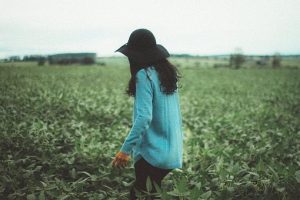 So this is the thing, Irish folklore says that leprechauns cannot see green. So, if you are not wearing green, then they will see you, and give you a mischievous pinch. Now that you know this, you can go around  pinching people on St. Patrick’s Day. Go ahead! No green is an open invitation for a pinch, give it a try! (But make sure to be quick on your feet in case your playful pinch turns into a painful punch.)

Shortest (and Quickest) Parade Around

So most people enjoy a parade or two, throughout the year. There are parades for 4th of July, Memorial Day, different festivals, celebrations, and more. But long parades can be draining, tiring, and exhausting depending on the elements. But this is the thing, you can go to a parade, so short and sweet, it’s literally less than 100 feet long. This parade goes for just 98 feet and has only 40 entries for people who want to march in it. The whole parade takes place in the heart of Hot Springs, Arkansas, on Bridge Street. Go and see it for quite the site or Google it to enjoy this parade from afar.

Ok, so it isn’t a real shamrock but it is the largest, painted shamrock painted in this town’s busiest intersection, and it will impress you. Visit O’Neill, Nebraska to view this masterpiece. It servers as the epicenter of all the St. Patty’s Day festivities which just happens to include a reading of the one and only, Green Eggs and Ham, by Dr. Suess.

Name Change for a Day

There is a city in Wisconsin that loves this holiday so much, they actually change their city name for the day! New London, Wisconsin, also hosts the states biggest St. Patty’s Day parade including bagpipes and leprechauns. The leprechauns scour the city in search of all public signs, including the highway, to change the name to “New Dublin.” Now that is some serious St. Patrick’s Day Love.

The Irish of course make a huge deal of this holiday as it stems from his roots and stomping grounds. Both Ireland and North Ireland consider it a national holiday. But they aren’t the only ones who hold this holiday in such high regard. The people of New York really love this celebratory day, too. The city hosts one of the largest parades and since 1762, 250,000 marchers have joined on Fifth Avenue by foot for the event. This old school parade still does not allow for floats, cars, or other modern parade staples.

It Was Celebrated Sans Alcohol 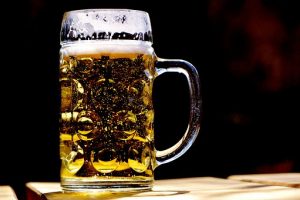 And by far the most shocking and weird factoid of all? This holiday was once celebrated as a dry holiday. Yes, it’s true. For the better part of the 20th century, St. Patrick’s Day was considered a religious holiday, so much so in fact, that the nation’s pubs were closed for business on March 17th. (There was one exception and this was for the beer vendors at the national dog show, which was always held on St. Patrick’s Day.) When the day was converted into a national holiday in 1970, this all changed, and the beer began to flow.