Pink for girls and blue for boys, right? Or at least these colors are very typically associated this way. But the thing is, there are some weird colors out there. Here are some of the colors you have never heard of before. 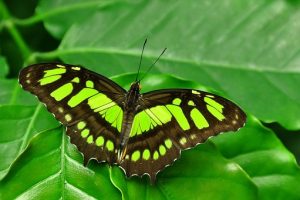 We have all seen this color, we just didn’t know this was the name for it. This color is also known as basic green 4 and is used when creating green dye. This beautiful and vibrant color comes from the carbonate mineral Malachite, also known as copper carbonate. In the 1800s, this color was used for green paints because it’s lightfast and varies in color. This color was seen a lot in history like the Malachite Room in Hermitage and also for Demeter’s throne.

Originally, this color was another word for poppy. The term comes from the French meaning wild corn poppy.  Coliquet is the name for the flower’s orange-tinted red color. The first time this color was used was recorded as 1795.

Latin scholars or alchemy lovers may know the term caput mortuum. In Latin, it literally translates to “worthless remains,” or “dead head.” The color name actually comes from the variety of purples and brownish colors that are made when iron oxide, or rust, oxidizes. The color was used when painters would paint important people or religious figures such as patrons. It’s a very popular color used in dying paper as well as oil paints. 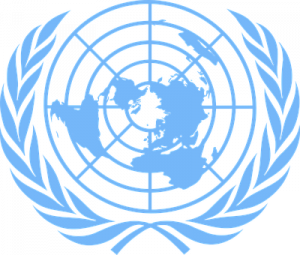 Yes, the United Nations has it’s own color. This international organization that helps countries with human rights, social progress, economic development, and more, has its own design sense, too. Originally the color was known as United Nations blue. The color is similar to Dodger blue, but is in fact more pastel like and not as vibrant. The United Nations blue hue is used on its flag, the emblem, and even in the U.N. peacekeeper uniforms.

This word is not super common but also not unknown. This color isn’t the liquor, the song, or the television series, but in fact, is a product (and creation) of Crayola. In 1993, this color was introduced and came out in the Big Box of 96, you know, every kid’s dream crayon box throughout the 90s. This color is similar to rose, but found exactly in the middle of magenta and red on the color wheel. Laura Bartolomei-Hill was the one who named the color, at the age of five. Crayola hosted a Name the New Colors contest and she was the winner. 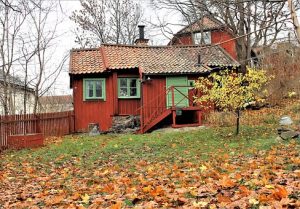 This red has a deep meaning in many different areas of Sweden. This dark red tinted hue was a prominent color used on cottages and wood barns. The deep red was used to mimic the color of the more expensive brick homes of the area. Originally, the color came from a copper mine at Falun, located in Dalarna, Sweden. This color has been around for a long time, from the 1600s in fact, and is still used today. The color works great to preserve wood. The color is rarely used in “city” homes in Sweden because brick became more popular. Also, others wanted a lighter and more neutral colored home. However, this color can still be seen all over the countryside.

Think dark spicy mustard, and you’ll think of the color gamboge. This yellow pigmented color is somewhat transparent,  even despite its dark tint. The color was named after the gamboge tree, which is known for its yellow resin. The color originates from Cambodia, where 12th century painters used the color as a watercolor paint. This color has also been used as a varnish for wood. Gamboge began to spread and in the 17th century, and made its way to Europe, where it was first used in the English language in 1634. This is a weird name that goes with this list of weird colors.

Were you familiar with any of these colors? I like the name razzmatazz the best, especially since a five year old chose it. Cool. What’s your favorite of these weird colors?