True crime has more than enough material to go around. Here are three of the most gruesome mother and child killings.

There are a couple of documentaries of sorts about this case right now, as it wasn’t that long ago. It wasn’t only the wife and daughters either, but a baby boy in utero as well. If you haven’t heard this story, it goes like this. Shannan Watts and her husband, Chris Watts, had two little girls and were preparing for their baby boy as well. But Chris didn’t want it, not any of it.

Shannan took the girls to visit family in North Carolina and though he was due to meet her and the girls there, he was pretty busy before he left the house. You see, Shannan felt bad leaving him, that he would be bored and alone. But he found himself a new girlfriend, lied about his family life and said that he was in the middle of a separation and soon to be divorced. The only person that didn’t know this information was Shannan. 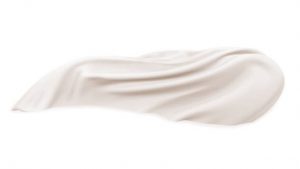 After the North Carolina trip, Shannan had a quick work trip and then one morning, she was nowhere to be found, the girls were gone, and her best friend was anxiously trying to find her. Chris ultimately took, all three of their lives, and the baby that Shannan was carrying. Chris strangled his wife in their bed then wrapped her in a sheet and put her dead body and his two girls in the back seat. He took them to his work, killed both the girls by strangulation and then dumped their bodies into tanks. This story is beyond gruesome.

Gregory Green’s story started before Faith Harris-Green, Two Teenagers and Two Children. He first stabbed his wife in the face, killing her and a baby in her womb. About 16 years later, after serving in prison for murder, he was released on parole and had lots of support from his people, including a pastor who ‘lobbied on his behalf and whose daughter Green would marry.’

“Gregory and I were friends before his mishap and he was incarcerated,” Fred Harris, a pastor in Detroit, wrote to the Michigan parole board in August 2005. “He was a member of our church … I feel he has paid for his unfortunate lack of self-control and the damage he has caused as much as possible and is sorry.”

“If he was to be released he would be welcomed as a part of our church community and whatever we could do to help him adjust, we would,” Harris-Green wrote again a year later.

Green was released in 2008 and later he and Harris married. They had two daughters.

Day of the murders, Harris-Green found herself bound with duct tape and zip 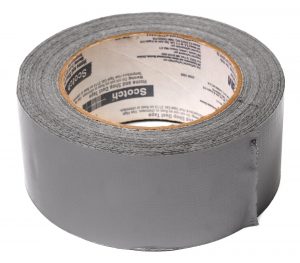 ties, in the basement of her home, just outside of Detroit. Her foot was shot twice and her face was slashed with a box cutter. Her teenagers were both dead of gunshot wounds, she watched them die. And her two younger children were dead upstairs by carbon monoxide poisoning. After the original crime and all the support, it turned out the killer was Harris-Green’s husband. In both cases of killlings, he called 911 and waited for the police to come.

He had just shot his family and they were inside the house, he told officers.

William Broyles of Nassau County Florida fatally shot and killed his wife and their two adult children. There had never been any domestic issues at the house before but police documentation listed aggravated factors of:

“Clearly, the state attorney’s office believes based on what they’ve been told by the grand jury that this defendant committed these crimes in a manner that was either cold and calculated or was in a cruel nature,” Nichols said.

Ultimately, Nichols explained, it will be up to a jury to decide.

“The way that they’re different is we will see a sentencing trial, in which a jury makes a decision. No other crime in Florida does a jury make a decision as to an individual’s punishment,” Nichols said, In this case, all 12 jurors must agree on recommending the death penalty. Sheriff Bill Leeper said that Broyles called 911 the morning of Dec. 1st.

“Later on he told us that he shot each victim multiple times, just to make sure they didn’t suffer,” Leeper said during a previous news briefing.

Watch for The Most Gruesome Mother and Child Killings: Part Two.