Everything is in full bloom this season and it’s evident around the globe. Here are all the beautiful traditions and festive happenings this season. 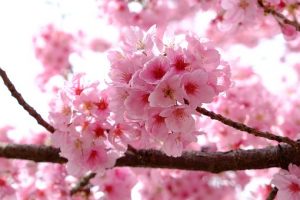 In the Spring in Japan, you will find the prettiest and most spectacular sites with the Cherry Blossom Festival. Japanese people anticipate the spring especially for this reason. The tradition of Hanami comes with the season bringing peace and community spirit throughout the island. People enjoy festive picnics under the trees and time spent in the shaded sun. Cherry Blossoms begin to bloom come the end of March, just in time for April flowers. Japan is the place to be during this time and the tourists flock here because of it.

Though not Japan, Washington D.C. has a cherry blossom bloom and so this tradition takes place in the United States, too. The festivities begin in the middle of March and the trees bloom for up to four weeks. They have everything from an opening ceremony to tents along the water for beautiful pictures, and even artwork, and foods to eat.

This historic and beautiful place is a popular place to see in the spring because of the spring/vernal equinox that is seen. You can climb the mountain to reach the Intihuatana Stone that was created by the Incas and used as a solar clock. During the equinoxes, the shadow disappears for a brief second before reappearing. This occurred due to the size of the clock and to inform people it was the start of a new season.

Australia’s springtime festival is a grand floral display called The Floriade. It began in 1988 and became an annual celebration. This world class festival is spectacular and with more than one million blooms and a month long festival complete with music, horticultural workshops, artistic displays, cultural celebrations, entertainment, and recreational activities. Springtime happens during September and October in Australia, so that’s when they celebrate the festival.

The Foir de Paris, also known as the Paris Fair, takes place in April and May. This fair is known for being a place to discover the latest innovations, unusual inventions, interior design trends, and creative products. This festival is huge. It takes place at the Porte de Versailles and will take an entire day, if not two, to explore. 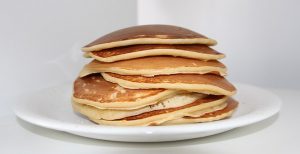 Russians like to celebrate with pancakes and they even call it ‘Pancake Week’ or Maslenitsa. This traditional folk holiday symbolizes the end of winter. The delicious pancakes of the festival are also called bliny and are Russia’s version of pancakes and crepes. To them, these foods resemble the sun. This holiday comes from Pagan roots dating back to 500 AD and were then adopted by Christians. At this festival you can find pancakes, obviously, but surprisingly you will also find fist fighting. Even more unexpected, you will find performing bears, bonfires, and sled rides.

The festival of Bosnia revolves around eating scrambled eggs. The festival is known as ‘Festival of Scrambled Eggs” or “Cimburijada.” It takes place in a city park on the banks of the Bosna River in the town of Zenica. Thousands come for the festival every March as Spring begins. The egg is a symbol of new life as the season starts. The eggs are cooked in huge pots and then handed out to hungry festival goers. This tradition dates back a few hundred years and visitors from around the world come to visit during this time. 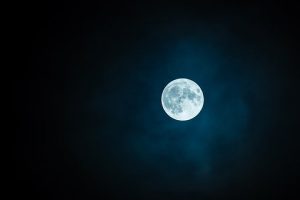 Starting on the night of the full moon, the Hindu celebration of Holi welcomes the coming of spring. The nights festivities start with Holika Dhan where families burn an effigy in tradition and honor. In the morning, Rangwali Holi starts and residents go out to the streets with colored powder and water. The festivities are colorful, messy, and fun.

It’s been raining forever now and spring is basically here. These festive and fun ways to celebrate it worth checking out and enjoying.