We humans are often way too preoccupied with our genitals. We’re constantly concerned with either how they are or where we’d like them to be.

Maybe that’s because deep down we’re aware that our hee-hees and hoo-hahs are pretty boring. At least when you start comparing them to the reproductive organs of some other creatures on the planet.

Don’t believe us? Still think you’re something special down there? Well, you just read on to find out more about the bizarre world of animal genitals. 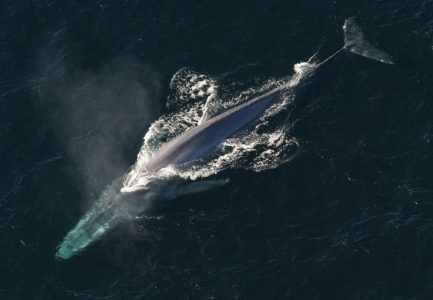 You can’t really talk about genitals without the discussion eventually becoming about size. So, let’s just get that topic out of the way.

In absolute terms, the largest penis in the world belongs to the blue whale. No surprised there – it only makes sense that the biggest living animal would have the biggest dong.

The most commonly reported blue whale penis is around 8 feet long, give or take a few inches. Particularly hung whales can reach 10 feet.

However, they can’t really brag when it comes to girth. Sure, a penis diameter of one foot is humongous to humans, but on the whale scale, the whole thing starts looking more like a noodle. 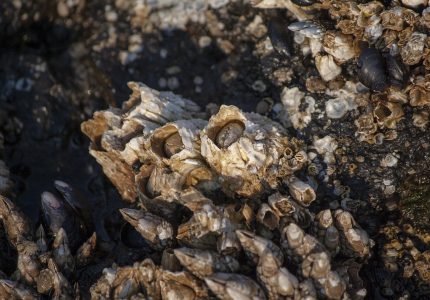 Absolute size isn’t everything, though, and compared to the blue whale’s entire body, their wangs aren’t that impressive. That raises the question – which animal has the largest penis relative to body size?

The answer is the humble barnacle. This varies by species, of course, but some barnacles have penis-equivalent reproductive organs that are anywhere from 8 to 50 times longer than their bodies.

There’s a good reason for that, too. Adult barnacles are immobile, so they need to reach their mates somehow.

Here’s another fun fact – most barnacles are hermaphroditic. That means they’re the most hung dudes and the hottest gals of the crustacean world. 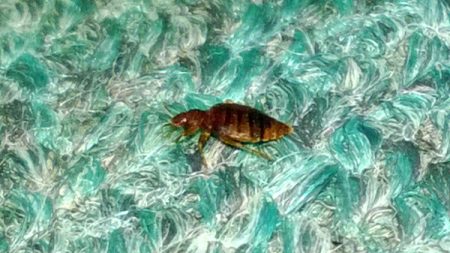 Bed bugs are one of the most hated creatures on Earth. But if you wanted more reasons to find these bloodsucking pests repulsive, you should hear about their breeding habits.

Bed bugs males are really into what the science people call “traumatic insemination.” What that means is that the male bed bug’s penis is pretty much a hypodermic needle that it forcibly crams through the female’s exoskeleton.

The females have a vagina-like reproductive tract, but that’s not used during mating. The male simply punches a hole wherever it pleases. In the worst (or best, from a human perspective) case scenario, the act straight up kills the female.

Male bed bugs are primarily attracted to size, so sometimes they will forcibly penetrate other, larger males. Oh, and they’re more than happy to engage in some incest as well.

One type of sea slug – known scientifically as Goniobranchus reticulatus – thought it was reading a sex ed book, but instead it was a Starbucks coffee cup’s user manual. Still, it took the lessons to heart.

This brightly colored sea slug has the world’s only known disposable penis. After mating, the external tip of its male reproductive organ (it has female parts, too) will rip off and float away into the depths.

You’d think that’d suck for the slug, but it doesn’t really mind. That’s because it stores up to three new penis tips inside its body at all times.

All it needs is some 24 hours to screw one of the new penis parts onto its internal genitalia, and voila. The slug is ready for round two.

5) Female Hyenas Have an Almost-Penis 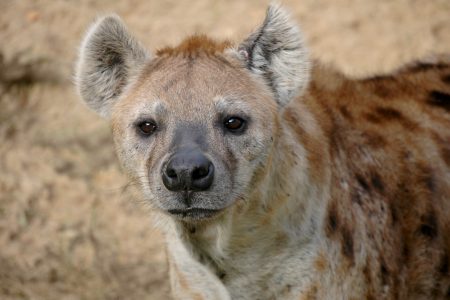 When it comes to hyena sex, the ladies run the show. They’re bigger, more aggressive, and more muscular than the males, and they’re often more well-endowed too.

Granted, the females don’t actually have penises. Instead – thanks to the hormone androgen – they have elongated clitorises that protrudes around 7 inches from their bodies.

The clitoris-tube also doubles as the hyena’s birth canal. That means that when it’s time to have puppies, the female hyena has to squeeze them through its weird pseudo-penis.

No matter how weird your genitalia is, though, sexual reproduction usually follows an established pattern. During sex, the male parts go inside the female parts – it’s not rocket science.

But the eyeless barklice of the genus Neotrogla don’t believe in traditional gender roles. In the depths of the dry caves of Brazil, it’s the females who do the penetrating.

The males carry sperm inside their bodies in a vagina-like pouch. When it’s time to get down and dirty, the female sticks a penis-like gynosome into the male and sucks up the sperm.

The Neotrogla doesn’t stop there with the role reversal. The females are more sexually aggressive than males, while the males tend to be more selective.

These bugs don’t believe in quickies either – Neotrogla sex can last from 40 up to 70 hours. And if you try to separate the amorous couple by force, the barbs on the female’s penis will tear the male in half.

7) The Lady Kangaroo and Her Three Vaginas 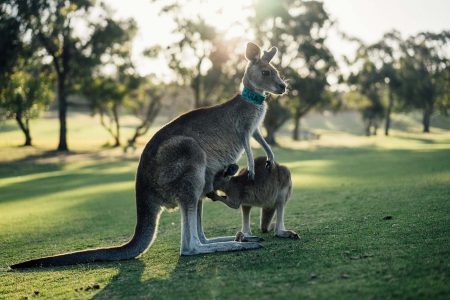 You know, this list has been a bit of a sausage fest, hasn’t it? Even the female hyena’s clitoris was pretty penis-like. So let’s end this with not only one, but three vaginas – all attached to one kangaroo.

Yep, female kangaroos have three vaginas. On top of that, they have two uteruses. One vagina is used to giving birth (and sex, we assume) while the other two are connected to the uteri.

As complicated as that sounds, this setup allows kangaroos to be extremely effective babymakers. A female kangaroo can be pregnant in both uteruses, while having another baby in its pouch and an older juvenile hopping alongside it. Basically, they can be perpetually pregnant.

At the same time, the triple vagina structure allows the females to have an in-built birth control method. Don’t feel like having another mouth to feed? Just deposit the sperm into a uterus where it’s less likely to inseminate you.