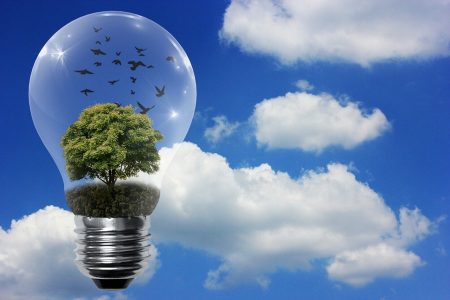 With renewable energy becoming the center of the industry, many new alternative power sources are popping up. It’s no surprise that, with the world realizing that fossil fuel energy is simply not sustainable, weird sources of power are getting attention for their new forms of energy. Technology is advancing quickly and facilitating new ideas that make new renewables and green energy methods possible. It isn’t all solar, wind, and hydro, however; there are other forms of energy that are helping us create a greener and more sustainable future.

While a little morbid, there is a way to use energy from a crematorium furnaces. What this does is take the power that isn’t being used and repurposes it. This could save a lot of money, and it is already happening. A crematorium in Durham has announced that they have plans to install two turbines and sell the excess energy back to the power grid. While this may be a grim example, the concept can be used in many other ways. Any use of power that isn’t utilizing all of its energy could potentially be sold back to the grid.

While there is both solar and wind energy to power our lives, there is also the possibility to use solar wind. Currently this is just a theory, but scientists hope to harness solar energy beyond the light that panels can absorb.

Humanity could source one hundred billion times more than what we need to continuously power our lives. The science is still being figured out, but if it could work it would change everything. The technology would use a satellite to capture streams of energized particles that emit from the sun according to the site MoneyPug, which is used to compare gas and electricity, would be transmitted to Earth with an infrared laser.

Just about everyone knows that humans have a problem with trash. There is simply too much of it. Every year each American generates over 1,500 pounds of trash. What if we could use all this trash to generate energy? Australia has begun taking a new approach, turning their trash into electricity. This works by converting trash to energy with a process of breaking down waste and making it energy and cost efficient. The project is already being constructed and will be completed in 2022.

Another weird and wacky way to produce energy is to use jellyfish. With the right technology, a protein in the jellyfish can create a photovoltaic cell. By harnessing this light, we have an inexpensive method to produce renewable energy. This is also called bio-solar, which basically means using the sunlight that reflects off of living beings.

When a body of water is set over a reservoir of methane and carbon dioxide, these gases can be used for power. As CO2 erupts from the surface, which can be fatal for living beings, the energy can be harnessed and put into generators. These gases are poisonous, but they are good for being used as a source of power.

Instead of using traditional street lights, the Netherlands is using luminescent rocks that are coated with a photosensitive material that glows at night. It’s a part of the SMART highway initiative working to find new ways to create smarter and more environmentally friendly roads.

These strange sources of alternative energy are just some of the ways that we can produce and use energy to power our lives. Some of these won’t stick, but some might change our lives forever. It just goes to show that there is still hope when it comes to green energy. We can live more sustainably and work towards a greener future by thinking outside the box and considering alternative initiatives to produce and use power. We can do this. It’s within our reach.