If you didn’t know already, Ohio is known as the birthplace of aviation, or is it? Find out this and so much more with all these Ohio fun facts.

Clarence Crane got the idea for mints after seeing a pill-making machine quickly pop out pellets. He wanted to make his mints the same way. The machine had a defect though, and began to punch a hole in the middle of the round mints. Crane quickly capitalized on that hole, naming his mints “Life Savers.” He sold his invention for just $2,900 in 1913. 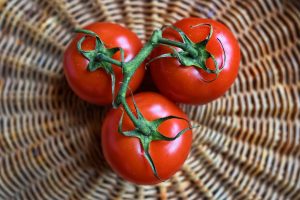 The first-ever police car as used in Akron Ohio, 1899, and it was electric. The patrol wagon could go 30 miles on one charge, and up to 18 miles per hour. It’s first assignment was to pick up a drunk guy. This is one of the best Ohio fun fact. 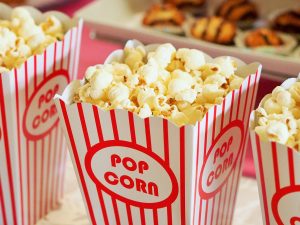 Ohio is the popcorn state, well it isn’t really.  But it is one of the biggest producers in the state. Each September they celebrate at the world’s largest popcorn festival in Marion, Ohio.

Ohio is an Iroquois word, oi-yo, which means “great river.”

The largest popcorn festival isn’t Marion’s only claim to fame as Ohio’s official groundhog lives there, too. It’s Ohio’s answer Punxsutawney Phil named Buckeye Chuck and he’s been around since the 1970s. He has been predicting an early Spring, and I’m sure Ohioans aren’t mad about it.

Cincinnati is the birthplace of professional baseball. Before 1869, baseball was 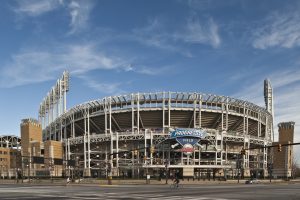 just an amateur sport. A bunch of guys did make a living playing the sport but it was mostly a side-gig, or something played just for fun. In 1869, the Cincinnati Red Stockings came along with their all-star starting lineup and all nine of the men were paid professionals. The team was so good that they embarked on a road trip where they played again anyone willing to put a team together. The Red Stockings won all 57 games.

Ohio didn’t officially become a state until 1953. It was declared a state in 1803, but President Eisenhower needed to sign off and give is official stamp of approval. Once he signed, he backdated the declaration to the original date.

Ohio claims to be the birthplace of aviation, thanks to the Wright brothers. Two other states want to be known for this though, and they are North Carolina and

Connecticut. The Wright brothers were from Ohio, and many of their flying prototypes were made in their bicycle shop on the west side of town. However, the famous kitty hawk flight took place in North Carolina. Congress officially ruled Ohio the birthplace of flight. Then, in 2015, Connecticut came in as contender number two. According to lawmakers there, Gustave Whitehead successfully beat the Wright’s by flying a successful flight more than two years before. Ohio state Representative Rick Perales asked the state to officiate his claim.

Ohio has a lake monster too, of the Loch Ness and Lake Champlain variety. Dubbed “Bessie,” this monster was allegedly sighted several times in the 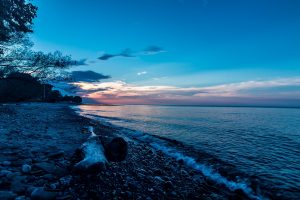 1980s and 1990s. One family reported Bessie as a serpent-like creature that was up to 35 feet long. Good luck seeing Bessie though honestly, as Lake Erie is more than 10 times as long as Loch Ness. Either way, Ohio’s lake monster has been accepted, even the professional American League hockey team is called the Lake Erie monsters.

An Ohio native invented the cash register in 1878.  James Ritty was a saloon owner who had a problem with his employees stealing from the till. He got the idea of a machine that keeps track about money transactions while looking at machinery on a steamboat to Europe.

The One and Only Presidential museum is in Williamsfield, Ohio. This museum claims there were at least eight presidents before Washington, and is the only museum to recognize these pre-Washington leaders. And it may be a matter of semantics but there were other presidents, just not president of the United States.