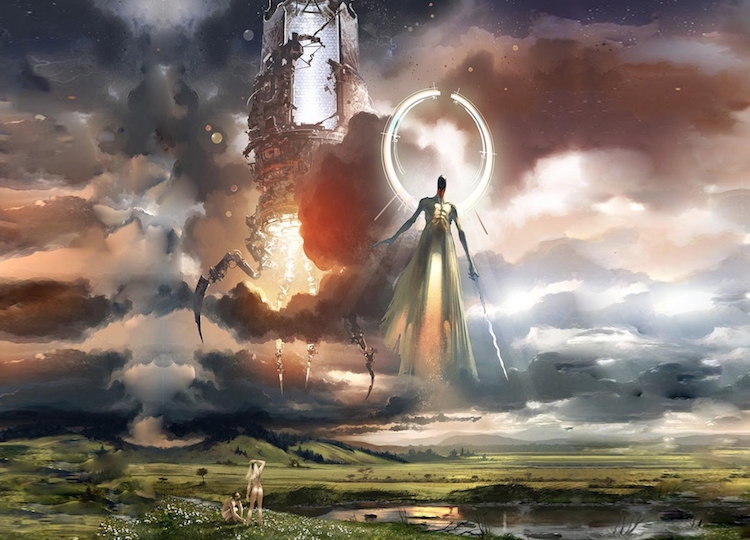 Well, well, well! This article is surely going to be an interesting one. We have almost two extreme spectrums of beliefs but both have certain common characteristics.

The theory of ancient aliens is indeed a popular one for a number of reasons. For starters, it is extremely enticing because it discusses a world much larger than what we are led to believe. Secondly, some of the theories honestly do serve as fillers for explaining some of the greatest mysteries in our world. The reality is we still have tons of mysteries that no one can logically explain.

For those who are unfamiliar with ancient alien theories, they discuss the possibility of extra-terrestrials visiting us in ancient times and helping humanity to progress and develop their civilizations. As strange as this may sound, the fact is that there are several instances in religions where they talk about beings that strangely resemble what we perceive to be aliens. From nuclear wars to spaceships, these concepts have been discussed in ancient religious texts written thousands of years ago.

The whole concept of ancient aliens is interesting in itself. Add it to the grand mythologies of religion and you get a gold mine of exciting fantasy-like stories. Most of these may sound ridiculous at first glance but as you delve more into it, you will find yourself falling into a wonderful rabbit hole.

Here are 8 incredible instances of aliens and religion coming together. 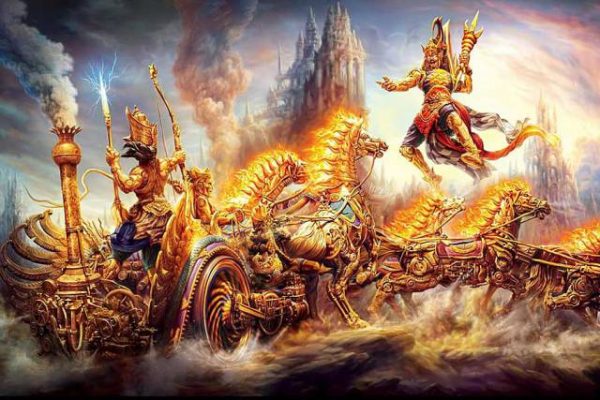 The Mahabharata, which is considered to be one of the most sacred books written about ancient Hindu life, philosophy, and culture, has several references to extra-terrestrials.

There are thousands of references to Vimanas or flying chariots, men wearing possible space suits and even tales of entire cities being wiped out by a powerful ray of energy. Even Oppenheimer who developed the Atomic bomb responded to a person who asked if it was the first atomic warfare to ever take place on Earth by saying “Well, yes. In modern times, of course”. Oppenheimer was a known fan of ancient Indian philosophies and the Vedas.

The war described in Mahabharata has several parts which have astonishing similarities with what we know about nuclear and atomic warfare today.

2Islam – The Quran acknowledges the possibility of Extra-Terrestrials

Contrary to what people may think about Islam, the truth is that they believe in extra-terrestrial life.

Unlike other major religions which disapprove anything that isn’t specifically mentioned in their holy books, most Muslims have no problem with the possible existence of UFOs. Some verses of the Quran talk about how Allah has not only created our worlds but other worlds too.

The other worlds have their own creatures, and they too had an Adam from whom the entire species developed. It also talks about the other worlds being possibly greater that the seven heavens and seven Earths. One verse translates to “He (Allah) will bring together the life in the heavenly bodies and the life on Earth when he so pleases.”

3Christianity (Part: 1) – Is God an alien himself and is God a single being?

The bible contains an iconic phrase that translates to “Let us make mankind in our image, in our likeness, so that they may rule over the fish in the sea and the birds in the sky, over the livestock and all the wild animals, and over all the creatures that move along the ground."

The words “us” and “our” clearly indicates plurality and if that’s the case, is God singular in nature? It’s ridiculous to state this is what was meant but it is an interesting question to ask. Is it possible that God might be a being from a distant part of our universe?

The Vatican has stated that they do believe in the existence of extra-terrestrial beings. The Vatican astronomer Guy Consolmango thinks that angels, morning stars, and heavenly beings might be from a different planet altogether.

4Judaism and Aliens – Are Aliens mentioned in the Torah? 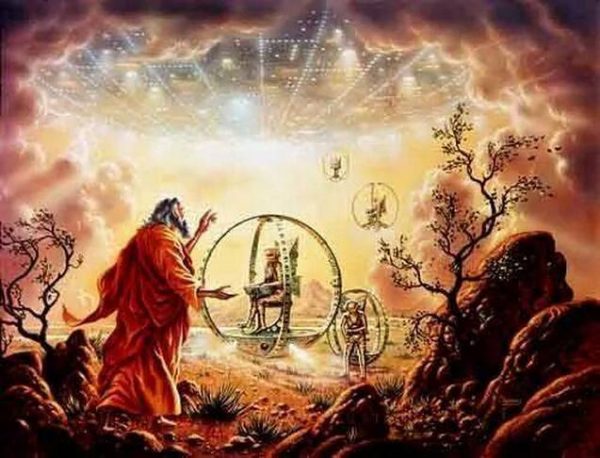 Numerous Torah scholars of past and present generations have spoken about references to extra-terrestrial life on Earth.

In the Book of Judges, Deborah the prophetess sings about the victory achieved by Barak over Sisera and says, “Cursed be Meroz! Cursed be its inhabitants, says the angel of God!”

What is Meroz and who are its inhabitants? Some believe that Meroz is either a star or a planet and that the heavenly bodies spoken about in the religious books refer to beings from other planets.

Deborah also states, “From the heavens, the stars fought, from their courses they fought against Sisera.” The star mentioned here, however, didn’t come to their aid, and General Barak went on to penalize Meroz and its inhabitants.

5Christianity (Part: 2) – Is the ascension of Elijah referencing alien abduction?

The ascension of Elijah can be perceived as an alien abduction due to some factors. The verse roughly translates to Elijah being taken up to the heavens by the Lord in a chariot of fire.

This may sound just like a statement made from imagination but why a chariot on fire? In what way would a chariot of fire be associated with a good thought? Any vehicle on fire is a terrible idea to imagine. There is not a single aspect to that term which makes you think it is glorious.

The verse says, “And it came to pass, as they still went on, and talked, that behold, there appeared a chariot of fire, horses of fire, and parted them both asunder; and Elijah went up by a whirlwind into heaven.” Then it proceeds to say, “Behold, I will send you Elijah the prophet before the coming of the great and dreadful day of the Lord.” Sounds sort of like an alien abduction, doesn’t it?

In the ancient Indian texts, there are several references to possible alien technology.

Here are a few of such verses; “At Rama’s behest, the magnificent chariot rose up to a mountain of cloud with a tremendous din” and “Bhima flew with his vimana on an enormous ray which was as brilliant as the sun and made a noise like the thunder of a storm.”

An individual named Asura Maya is also described as possessing a vimana (aircraft) that measured twelve cubits in circumference and four wheels. There is also a scene which describes Indra’s Dart which is operated with a circular reflector. Once the weapon is switched on, it was said to produce a shaft of light which when focused on a target would obliterate it.

The incident written about the downfall of Sodom and Gomorrah is one of the clearer references to possible extra-terrestrial intervention.

One of the verses say, “Then the Lord rained down burning sulfur on Sodom and Gomorrah—from the Lord out of the heavens. Thus, he overthrew those cities and the entire plain, destroying all those living in the cities—and also the vegetation in the land. But Lot’s wife looked back, and she became a pillar of salt.”

That is a lot of firepower, and everything described here sounds eerily similar to what happened to Hiroshima and Nagasaki. When Hiroshima was being rebuilt, the presence of stretches of sand transformed into glazed silicon was found due to atomic action.

This is another instance of what looks like nuclear war in ancient Indian texts.

An ancient verse says. “Gurkha flying in his swift and powerful Vimana hurled against the three cities of the Vrishis and Andhakas a single projectile charged with all the power of the Universe. An incandescent column of smoke and fire, as brilliant as ten thousands suns, rose in all its splendor. It was the unknown weapon, the Iron Thunderbolt, a gigantic messenger of death which reduced to ashes the entire race of the Vrishnis and Andhakas."

It goes on to describe how those burnt by this weapon were reduced to ashy corpses. The survivors who were far away from the point of impact had their hair and nails fall out.

That definitely sounds eerily similar to a nuclear war.