Since you’re here reading about this odd stuff, then you have to know about the best places to find odd stuff. In this instance, there is a store in Las Vegas named Oddities and it really does live up to its name.

The store is filled with the oddest of things, and I took pictures of it all. Here are the oddest things from the store, Oddities.

First things first, even the exterior of the store is odd. It’s coloring is all purple with white letters, not entirely weird. But then, there is one of the awning panes, that is a weird off yellow. Two things there, awnings. **puke** And then the one, off yellow, awning to top off the weird look. Yup, the store is called Oddities and it even looks odd before you get inside. 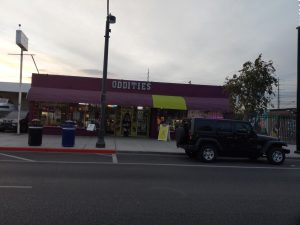 Once inside, it gets no more regular. First, there is the half human dummy with pants, most likely neon mint carpri’s, red chucks, and this weird torture inducing metal door. I don’t even know what it is or what else to say about it, but odd, it is. 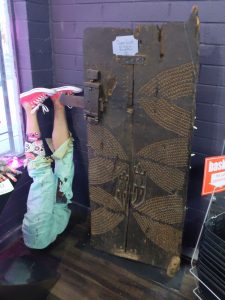 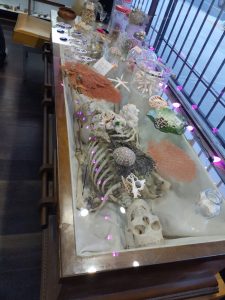 And then we come upon the jars of floating, stuff? All I know is there were a bunch of glass jars, filled with liquid, and, well, other things. Who knows if it was scientific, quackery, or mad scientist experiments. Whatever it was it was weird, and very odd, and definitely belonged in this store. There is also a nice big conch shell on the shelf, oh and some more starfish, just in case you didn’t already get your fill. 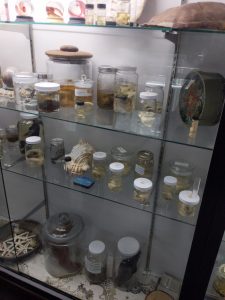 The “Your Mom,” jar though?!?! HA. This is so random and it probably made me laugh way too hard. But I know I’m not the only one. Also, the hairy, skull-faced..rodent? So creepy. But to deal with your mom and the creature, there is a piece pipe. Which I’m sure is used only for nicotine. Of course. Except Vegas.. 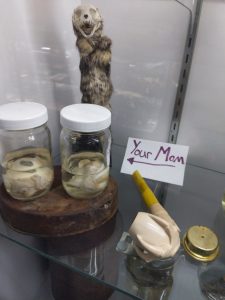 And on to the baby pictures, from the old days. It isn’t that the pictures are odd or weird, but why the Hell are they on sale in a store? And then you see the little sign that says Phantom Parent Photos. Ok, now it’s weird. 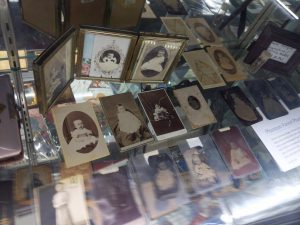 About the glow in the dark stones. We’re not really sure who would get them, why, or what they would do with them but, alas, here they are. There were only a few, but they were different colors and sizes. Plus they were under a black light, so of course they were all lit up and shining. 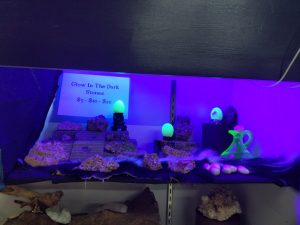 And a selection of pinbacks. That is pins, of all different shapes and sized. There are skulls, hearts, some kind of key looking key chain, owls, and a storm trooper looking one, too. Just in case. 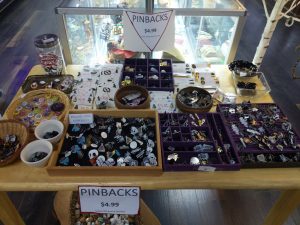 Then there were the criminal profiles. Who, what they did, what their sentence was, and more. But why? I guess I didn’t see if these were for sale but who would really but them? Interesting to read, yes, but something to purchase? Well, this store is called Oddities for a reason. 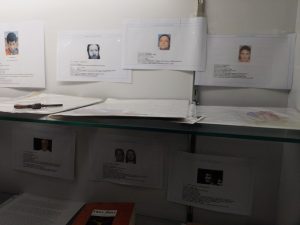 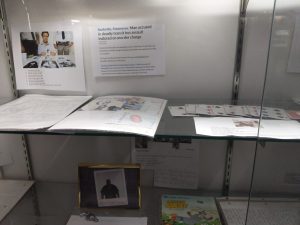 We happened upon some comics next, some more weird, old photos, and some very old negatives of photos. Weird and fun enough, but for sale? These oddities are definitely odd. Oh and don’t forget the 5 random decks of playing cards and the glass skull. Those are for purchase, too. 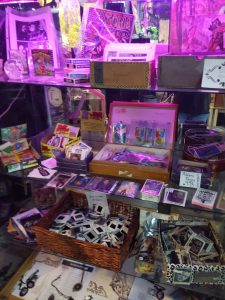 This glass case had some more starfish because clearly this store need more of those starfish for sale. There was also a weird metal mask and a turtle shell with casket closures on it? I don’t know what to tell you about these items but if you want to check them out, or heck maybe you want to buy them, then they’re here for you. 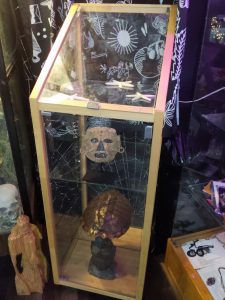 Believe it or not, this isn’t even the full store. Watch for part two, to see the rest of all the weird, odd, and sometimes awesome stuff inside Oddities.