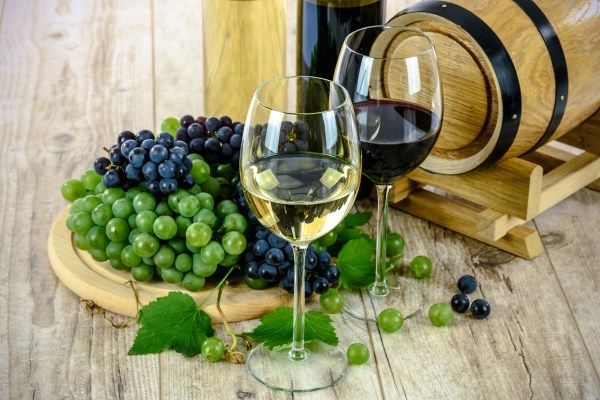 Someone has finally made a theme park free of screaming children and filled with alcohol. La Cité du Vin, which translates to "the city of wine," is a full-blown wine theme park. It's located in no other than Bordeaux, one of France's most famous wine-making regions, and will open in June 2016.

There are no thrill rides at this theme park—coasters and carafes aren't exactly the best combination—but there are 20 wine-themed sections and exhibits that cover the history and culture of wine. There is also a 250-seat auditorium for classes, screenings and wine-tasting sessions in a 10-story building.

Those looking for typical amusement park thrill are not totally out of luck—there is a simulated boat ride that shows what it was like to be a sea merchant sailing across the globe selling wine. 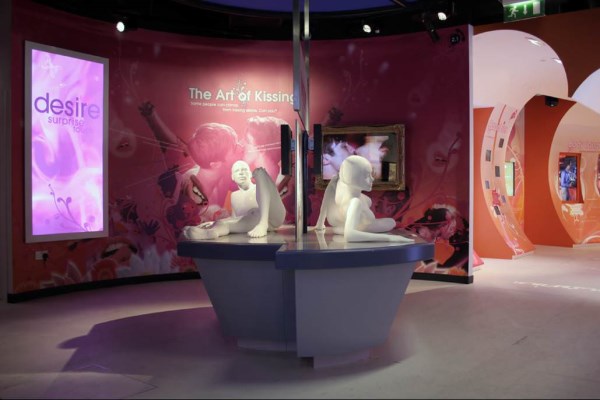 Covering nine zones, London Amora was one of the first visitor attraction dedicated to these themes. Amora ran for 15 months in the capital city starting in April 2007 and was located near Piccadilly Circus in Coventry Street, central London. 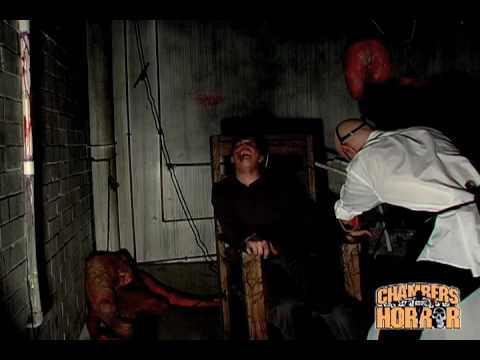 Atlanta's adults-only extreme haunted house, Chambers of Horror is the most disturbing and shocking horror attraction in the Southeast! Tour the TORTUREco facilities behind the Masquerade music complex in downtown Atlanta to see the disaffected wreak havoc on the flesh of the innocent.

Chambers of Horror comes from the masterminds of horror fans and local artists Luke Godfrey and Rene Arriagada, who together created an all-new story and layout for Chambers of Horror in 2013. To add even more of a sense of disorientation, an elevator trick has been recently added to bring guests down to the "basement" of the building. Godfrey, who is also a set dresser for The Walking Dead, revealed that a professional elevator inspector was partially responsible for the success of the trick that has to be seen to be believed. 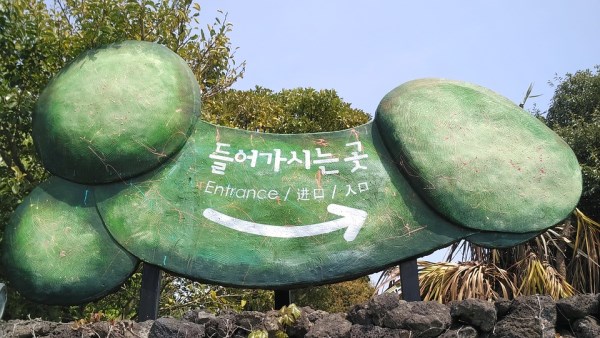 Sensual sculptures adorn the borders of the lake, ranging from two fully-dressed lovers who are leaning over and kissing discreetly, to a collection of descriptive sexual positions seemingly based on cultures around the world. 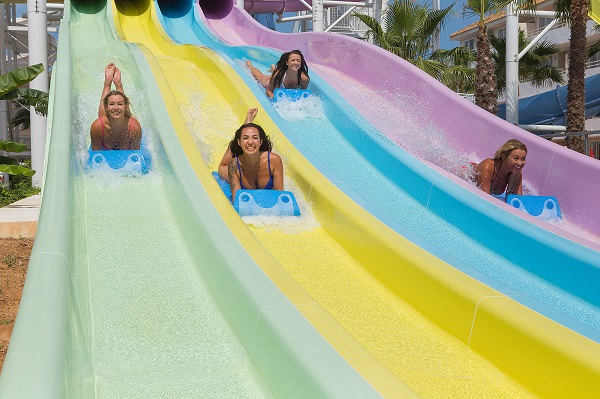 According to the Sunday Times' 100 Best Holidays of 2015 review, “the genius who came up with the concept of the world's first adults-only waterpark deserves a knighthood."

The new BH Mallorca opened in 2015. If the buildings look vaguely familiar, it's because they used to be Mallorca Rocks, an offshoot of the Ibiza-based party pad. It has 656 suites, twice-weekly sets by international DJs, and an Ibiza-style beach club. Then there's the water park—a collection of high-adrenaline slides including the Aqualoop, a 360-degree human roller coaster that reaches speeds of 38 mph and is far too good for kids.

6Erotikaland – Brazilian sex-themed amusement park to be opened in 2018 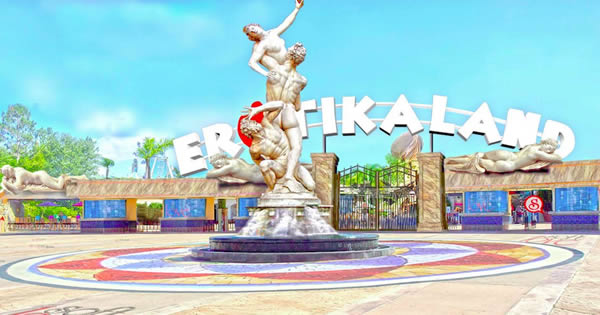 Amusement parks are sites of unbridled pleasure—for children, usually. Now, the backers of a new Brazilian venture are taking what's become a symbol of good, clean, wholesome family fun and turning it bottoms-up. And also injecting it with a whole lot of sex. 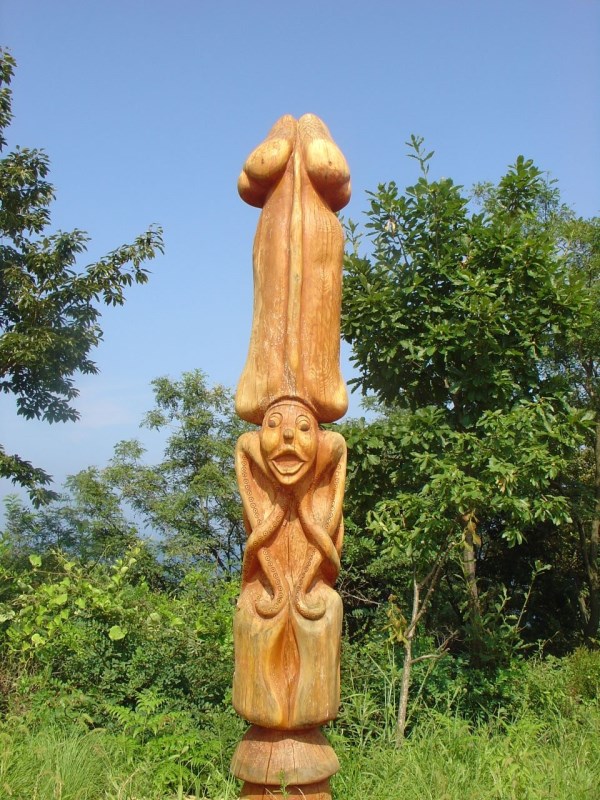 Welcome to Haeshindang Park (??? ??), unofficially known as “Penis Park.” Located on the beautiful coast of Sinnam, South Korea, the park is dedicated to the memory of a young virgin woman whose fisherman lover left her on a rock while he caught fish at sea. Needless to say, during a storm she died. Legend has it, after her death, the villagers could no longer catch fish. So they did the only thing you can do when a virgin dies in a storm—build giant wooden penises to appease her spirit (apparently, it worked).

The park is now noted for its number of erect phallic statues. The collection, created by Korean artists, is on display in the form of "hanging arrangements to three-meter tall trunks of wood," for joy, spirituality, and sexuality. A small folk museum titled "Village Folk Museum" has exhibits of art objects on "sexual iconography" throughout the centuries in different cultures, shamanic rituals and also the history of the Korean fishing community. 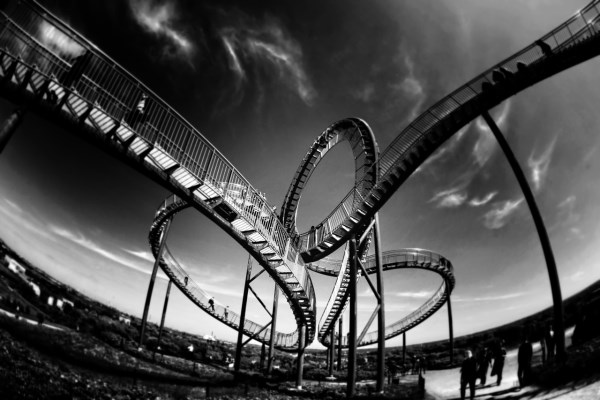 In October 2015, dozens of thrill seekers braved the cold weather to strip off and take part in a naked rollercoaster ride to raise thousands of pounds for charity.

The Guinness World Record was set in 2010 when 102 people rode the Green Scream at Adventure Island in Southend without any clothes.

Five years on, and 57 people celebrated the world record by riding the attraction in the buff, and raising more than £10,000 for Southend Hospital Charitable Foundation's Keyhole Cancer Appeal.