1Bats Day in the Fun Park 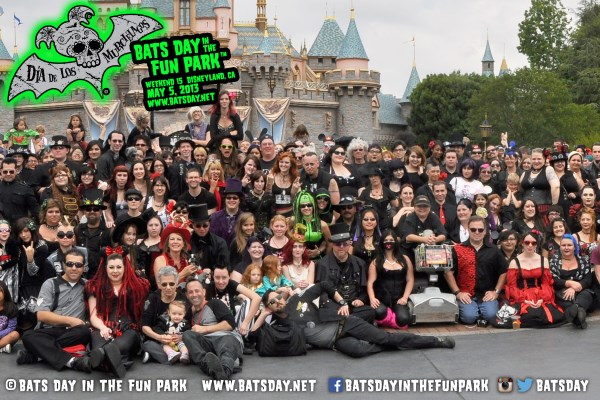 Also known as Bats Day, Goth Day, Bats Day in the Park and Bats Day Out, Bats Day in the Fun Park started in August 1999 as a joint effort between the promoters of the goth/industrial and deathrock clubs Absynthe and Release the Bats. The day has grown to become an annual three-day celebration that goes beyond the park itself. Dubbed “the largest dark subculture event on the West Coast,” Bats Day still holds faithful to the tradition of venturing into Mickey's home as part of the festivities and as the icing on an alluringly dark cake.

2Pinup Parade in the Park 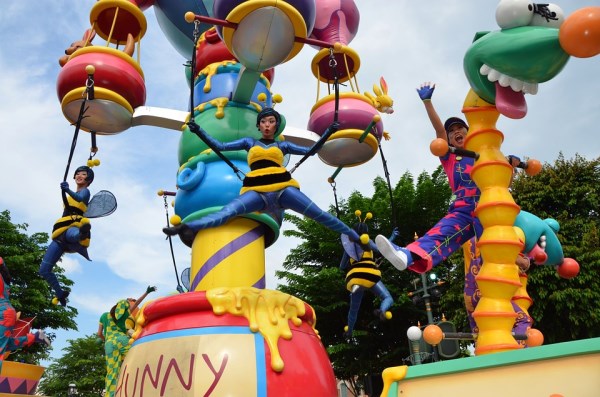 Are you female, retro-sexy and Disney obsessed? If so, we've found the unofficial Disney day for you! Join Hundreds of women dressed up in mid-century-inspired clothing as they descend on Disneyland biannually for the Pinup Parade In The Park. The empowering, fun and simply gorgeous celebration is hosted by Pinup Girl Clothing, a company specializing in new, yet vintage-styled attire. 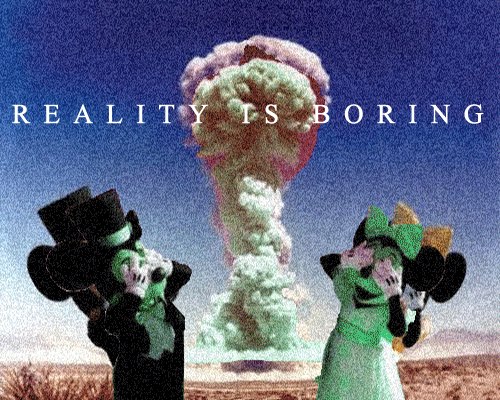 Burners—regular attendees of the Burning Man festival—annually gather at Disneyland to celebrate the “Burnal Equinox,” the mid-way point between the last festival and the next. They call themselves “The White-Out Rabbits” (“white-out” being a term for a sand storm). Some of them wear homemade jackets featuring a logo of The Man (the festival's wooden effigy) wearing mouse ears while others are bedecked in full “playa wear”—anything and everything eccentric, colorful, studded, striped, big, layered, shiny, sparkly, or just plain strange. 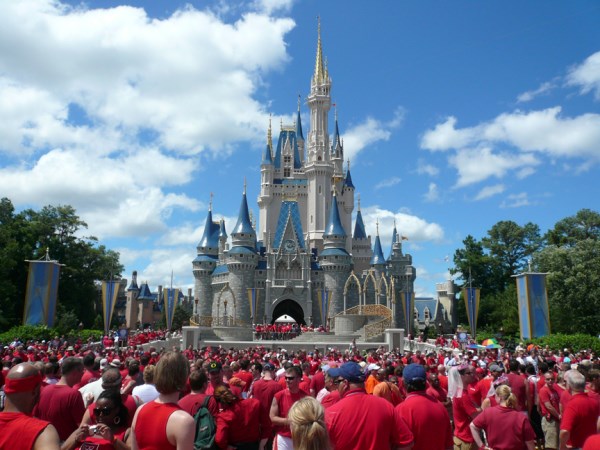 Gay Days is one of the oldest unofficial Disney celebrations still going. The event is a means for people in both the LGBT community and Disney fan community to come together, socialize, and represent themselves in multiple ways. From private screenings, lunches, scavenger hunts, and even a pool party, there is always more than enough entertainment provided for the 30,000 expected attendees of the weekend, and Gay Days has grown to include other Disney parks around the globe including Walt Disney World in Orlando, Florida.

Attire for "Dapper Day" is inspired by everyday wear from the 1930s through the '50s, with some Disney cosplay, steampunk, apparel from earlier decades and modern cocktail wear thrown in for good measure.
The creator of Dapper Day, Justin Jorgensen, has been holding the biannual event since 2011 and said it "appeals to those who love wearing dressing with a sense of joy.”

Jorgensen came up with the idea in the early 2000s—he was inspired by the Walt Disney Imagineering concept design illustrations from the early days of the park, in which the people populating the scenes were dressed in era-appropriate clothing. Since the attractions that were originally designed came to light and many of them still stand today, Jorgensen thought, "Wouldn't it be funny if one day the entire vision became real?"

The Dapper Expo at Disneyland's hotel draws haberdashers, dressmakers and vintage clothing vendors selling everything from bowler hats and floral shirts to doggy bow-ties. Attendees can shop, take pictures in booths while wearing their Sunday best or even meet with wedding planners to plan the dapper wedding of their dreams.

Disneyland is no stranger to Polynesian culture, especially since the opening of Walt Disney's Enchanted Tiki Room in the early 1970s. A group of passionate people has since banded together to create Tiki Day; a day meant to celebrate and embrace everything Polynesian while donning their best Tiki or Hawaiian duds. Activities usually include group photos, riding the park's various rides, watching the birds sing and flowers croon in the Enchanted Tiki Room and meeting at Trader Sam's Enchanted Tiki Bar, which is located outside of the park in the Disneyland Hotel.

7It's A Ska World After All 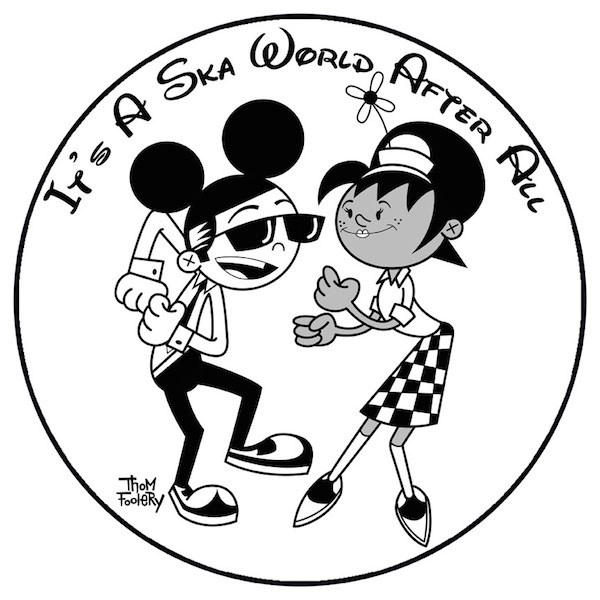 What happens when you mix Jamaican music with a little bit of calypso and some American blues and jazz? You get the wonderful upbeat sound of ska! Ska became popular in the 1960s, first hitting the airwaves of Jamaica. In the 80s, UK-based bands like The Specials, Madness, The English Beat and The Selecter followed suit, and the rest is genre history.

Fans of ska and all things Disney come together annually for It's A Ska World After All, a self-proclaimed day of "music, peace, unity, anti-violence, & anti-racism." Rude boys and girls of all ages from all over the world enjoy a fun-filled day at Disneyland, which often includes a Twitter scavenger hunt for prizes, photo ops, dancing, meeting new friends and much, much more. 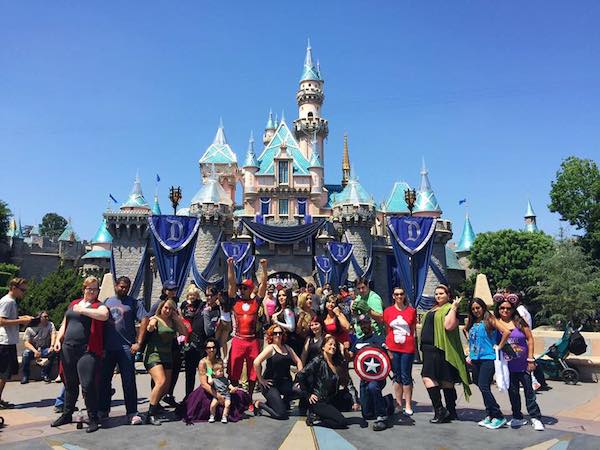 Superhero Day unites superhero fanatics and Disney fans alike by encouraging everyone to sport the colors and logos of their favorite comic book characters. The event first took place in 2015, when organizers Kevin Winston and Steve Sievers spearheaded the effort to bring this unofficial day to the park.

Should you choose to participate in Superhero Day or unofficial Disney day on this list, Disney parks prohibit full on costumes which may confuse kids. It's okay, however, to wear T-shirts or under armor with superhero logos, colors, and accessories—just don't dress up exactly like a character.

9Villain's Day: Stalk Around The Park 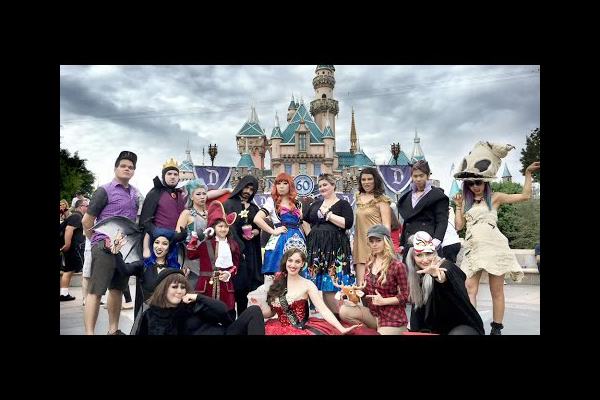 Every superhero needs a villain, so it's no surprise that Villain's Day came into being around the same time as Superheros Day—the first annual event was held in 2015. The day was put together by a Facebook group who call themselves The Circle of Villains. The Circle wishes to share its passion for Disney and their parks "with one another; (in) a place where the Villains can have their 'Happily Ever After!'”