From a game that challenges the idea of a monopoly to another with absolutely no rules, check out 10 truly weird games out there. 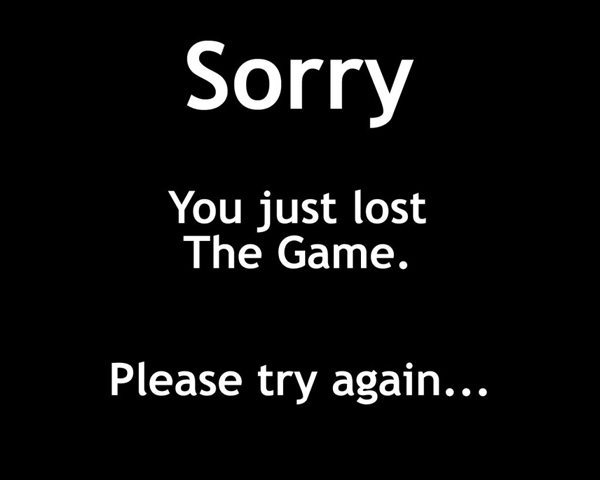 What is it: A mind game, where the object is to not think about The Game itself.

Its origins are unclear, but it may have been created in 1977 by a Cambridge Science Fiction group trying to create a game that didn't fit traditional “game theory.” Another thought is that it was created just to annoy people; The Game has been banned on some internet forums.

1) Everyone in the world is playing The Game.
2) Whenever you think about The Game, you lose.
3) When you lose, you must announce it to the world.

How to Win: You just lost The Game. 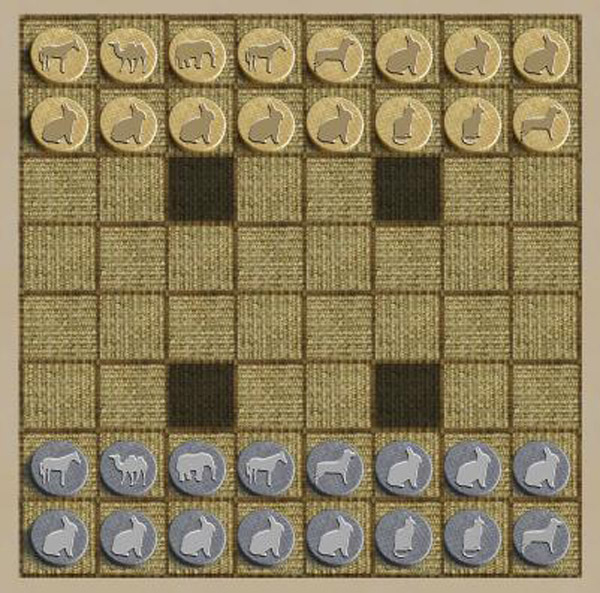 What is It: A strategy board game using a standard chess board invented in 2003 by Omar Syed, who wanted to create a game that was simple enough for a child to play and understand but very difficult for a computer. Currently, there is a $20,000 prize for the first computer program(mer) to beat a human.

How to Play: Two players, Gold and Silver, each have 16 pieces, consisting of different animals, starting from elephants (strongest) to rabbits (weakest) arranged however you want on your side of the chess board. The goal is to get your rabbit into your opponent's territory. Each turn consists of a move of 4 steps, but these are complicated by moves such as pushing and pulling and freezing. More information can be found here: Arimaa Wikibook

3Anti-Monopoly Was Subject to Lawsuit 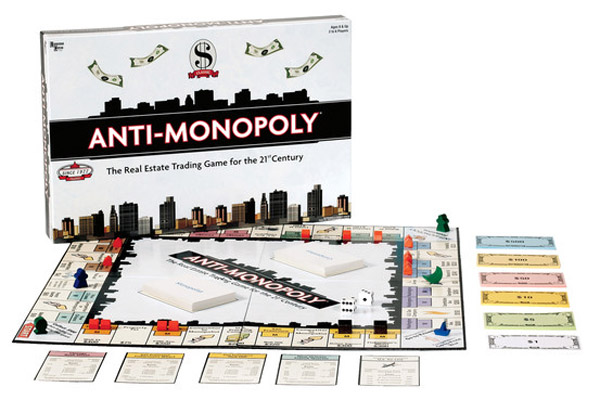 What is it: A game invented by San Francisco State Prof. Ralph Anspach as a response to Parker Brothers' popular Monopoly game. In the 1970s, he wanted to teach his young son about the evils of monopolies and sought a way to explain it. He decided to create a game he called “Anti-Monopoly” and he described it as Monopoly in reverse – everything starts out owned by a single entity and players are “case workers” who bring indictments to return competition to the market (ooh sounds FUN!)

After selling 100,000 copies of his version of the game, he received a cease and desist letter from Parker Brothers saying he was violating their trademark. Prof. Anspach decided to put up a fight and the case made it all the way to the Ninth Circuit of Appeals, where he prevailed; the Supreme Court denied to hear the case.

How to play: After his legal victory, the concept has been modified since the original. In this new version, which plays more like the original Monopoly, players choose at the start whether to be a competitor or monopolist and battle over control of the game board. You can buy it here! 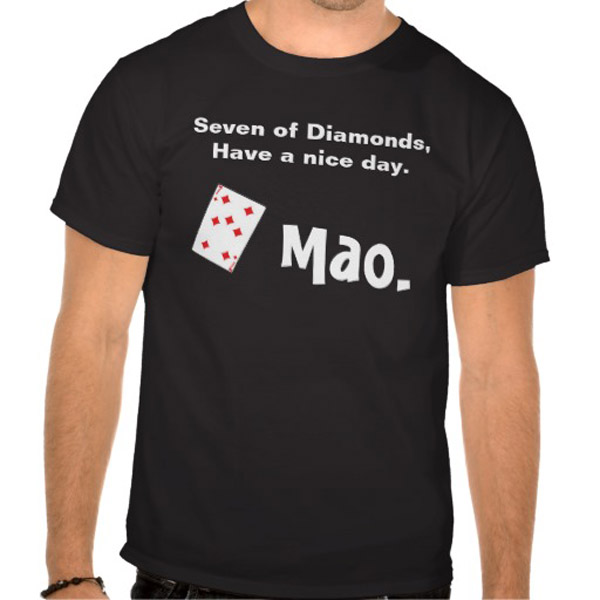 This would be hilarious if you knew how to play

What is it: A card game whose object is to get rid of all your cards. However, the rules are so complex and new players are not allowed to ask any questions.

How to play: It is often said to new players “the only rule I can tell you is this one.” To play the game you must either study the myriad of rules or deduce them as you go. Usually, no unnecessary talking is allowed and players are dealt either 3 or 7 card… Oops! I've said too much – if you want to learn more, click here!

5Dwarf Fortress - A Lifetime Project for the Inventor

What Is It: An incredibly complex videogame, whose official name is Slaves to Armok: God of Blood Chapter II: Dwarf Fortress, yet uses only the simplest graphical interface.

It was created in 2006 by Tam Adams who says it will take another 20 years to complete (the game is still in alpha mode) and is free to play.

How to play: Uhm, well… it's so complicated we don't really understand. Basically, it does indeed involve dwarves and you can build fortresses or go on adventures on a randomly generated world. Eventually, this world will die and the game is over. But the gameplay is apparently so fascinating it has a fervent following. Currently, there is no “help” mode, but there are plenty of tutorials for the newbie, including this one. 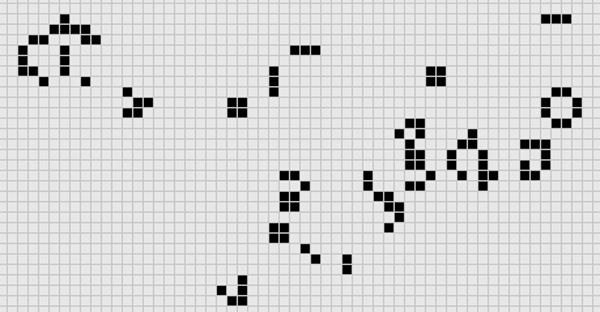 What is it: An artificial life computer simulation first published in 1970 by mathematician Jon Conway. It isn't a “game” in the sense that there are winners and losers. Essentially it generates “life forms” on a computer grid based upon very simple rules; the emerging patterns are as unpredictable and spontaneous as living organisms.

From there, unique patterns begin to emerge and it is impossible to know their outcome from their beginning state.
Play here!

Or watch some “organisms” created by the game:

7Clicks to Hitler Game - How Many Will it Take YOU? 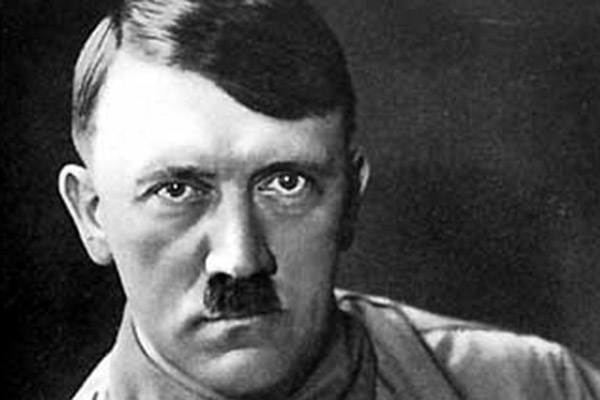 What is it: One of the first hypertext games called “Wikiracing” to use the Wikipedia website and count the number of clicks or time it takes to get from one article to another. There are variations, including “5-Clicks-To-Jesus.”

How to play: Two or more players start on the Wikipedia home page and click Random Article. From there, the player who uses the fewest clicks from the resulting article to Adolf Hitler's Wikipedia page is deemed the winner. 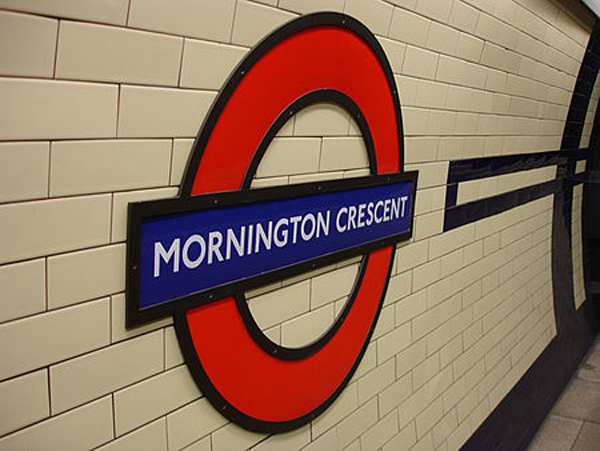 What is it: an improvised game, played on the British radio programme “I'm Sorry I Haven't a Clue" in the mid-1970s. Each time a round was played, there was lengthy discussion about the legality of the moves and every episode contained a different “variation” of gameplay.

Rules: In spite of having the appearance of being a sophisticated strategic game, essentially, there were no rules, except that players must take turns speaking the name of a British landmark, street, or tube station. The first person to exclaim “Mornington Crescent” wins!

Listen to an episode here:

9Weird Flash Games - Just Because We Love You 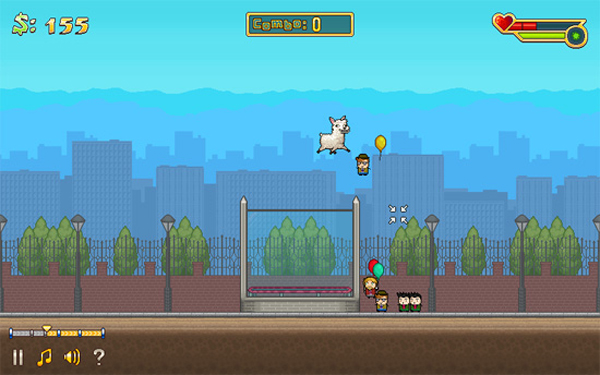 What is it: a website specifically dedicated to finding the most unusual games to play in Flash via your web browser. Some of the strangest include Llama in Your Face, where you must control a llama while bouncing on a trampoline and using llama spit.

How to play: Visit http://www.weirdgames.co/ and pick your game!