Why settle for a house when you can have a nation of your own? These Micronations are not just tiny, they're also weird!

1The Kingdom of Talossa: created by a 14-Year-Old 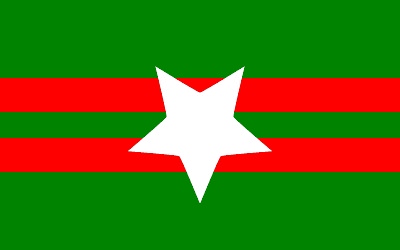 All hail the Boy King!

On December 26, 1979 from his bedroom in Milwaukee Wisconsin, 14-year-old Robert Ben Madison declared it a separate country called Talossa and appointed himself King. While this proclamation has never been recognized by any Government, Talossa is considered one of the first micronations, inspiring many copycats. Madison/Talossa was tech-savvy enough to have its own website since 1995. It now boasts 222 “citizens” (you can become one here.)

This peaceful Kingdom is not without internal strife – in 2004 a group seceded, forming the Republic of Talossa. However, in 2012 the “country” was made whole again.

2Principality of Sealand: On a Platform 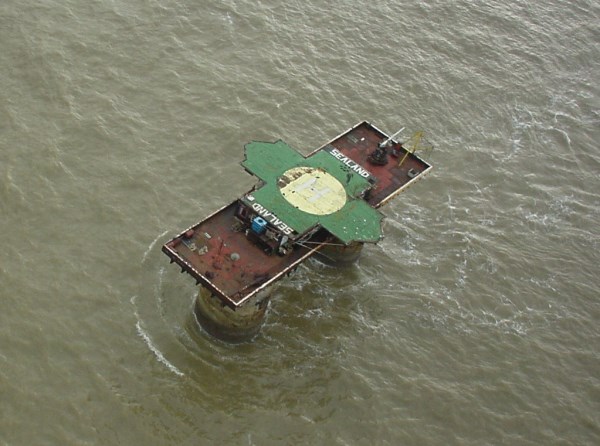 This tiny speck of a nation is on a platform off the coast of Suffolk. It was first occupied by the British as defense against the Germans but didn't become its own nation until September 1967, when Paddy Roy Bates came aboard and broadcast a pirate radio station he called Radio Essex. Because it is technically in international waters, Bates declared it Sealand. He eventually created a constitution and issued thousands of passports. Things got really strange when Alexander Achenbach declared himself the Prime Minister of Sealand in 1978 and attacked the platform with some mercenaries, but Bates' son Michael was able to thwart them. After Roy Bates died in 2012, Michael took over the title of Prince of Sealand. Meanwhile, Achenbach's successor still claims sovereignty from a rival website.

3Province of Bumbunga: Printed Own Stamps 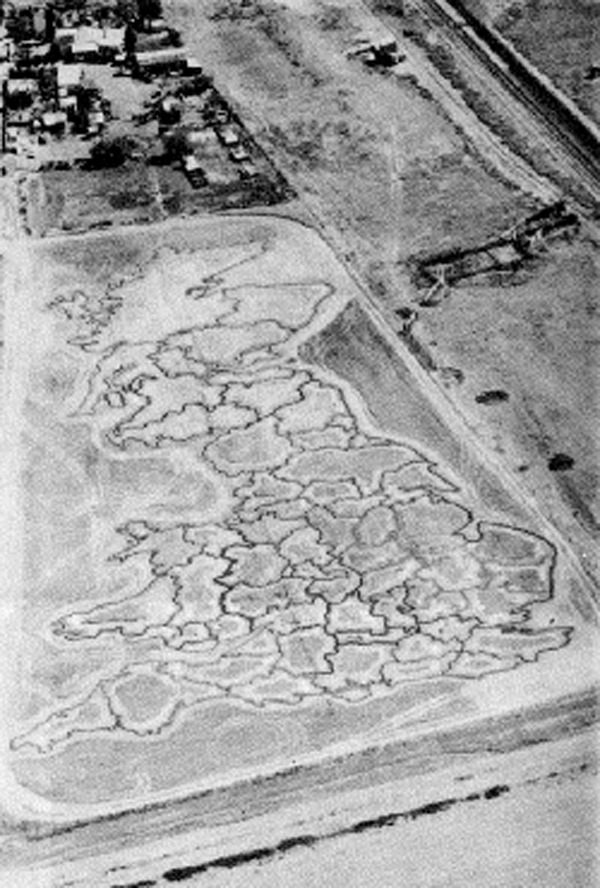 The Province, with strawberry field map

The Province of Bumbunga is yet another tiny breakaway region from a First World country – in this case, Australia. It was founded March 29, 1976 by Alex Brackstone, a former monkey-trainer and British Crown loyalist who did not like how Australia was turning against the monarchy. He created Bumbunga on his 4 hectare property and named himself Governor, so at least a small part of the country would still be loyal to the British Throne. He tried to create a giant model of Great Britain out of strawberry patches, but they ended up dying in a drought.

Bumbunga also issued a series of stamps with British royalty; these cannot be used to actually mail anything but became a collector's item amongst nerds.

4Ladonia: Created Because of Lawsuit 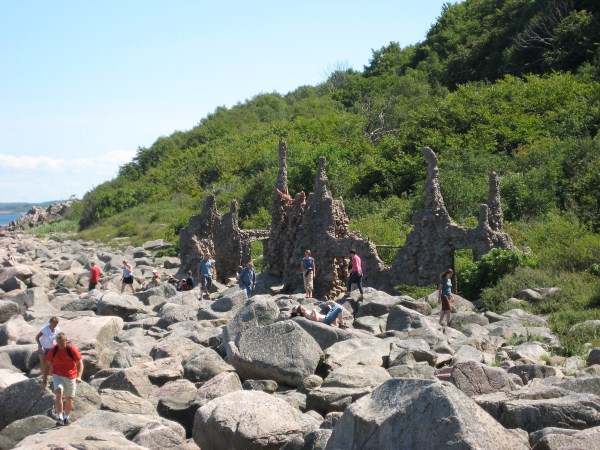 On June 2, 1996, the tiny country of Ladonia was founded by artist Lars Vilks in a nature reserve in southern Sweden because of a legal dispute over his art. In 1980, he had built a 70-ton driftwood sculpture entitled Nimis in this remote region accessible only by water or a long hike. When the authorities finally discovered it, they ordered it destroyed and a years-long battle in the courts ensued. After losing his last appeal, Vilks created the country of Ladonia, which he says trades only in creative expression. There is a queen and crown princess as well as ambassadors and ministers and its official language only has two words: “waaaall” and “ÿp” (although it's unclear what they mean). Anyone can apply to be a citizen here as Ladonia claims all its people are nomads. 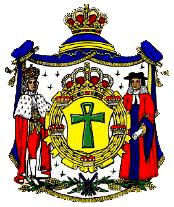 The Grand Duchy of Avram was founded in the early 1980s by John Charlton Rudge in Tasmania. He has referred to himself as The Grand Duke of Avram, but also as Marquis of Mathra, Earl of Enoch, Viscount  Ulom, Lord Rama, and more (which are listed at length on his website). While it never claimed any territory, the Duke opened the Royal Bank of Avram inside a gift shop and required all customers to exchange their currency for Avram coins. The Australian Government took Rudge to court several times, spending $22 million dollars in the process while he allegedly only spent $175. The coins continue to be minted today.

6The Republic of Kugelmugel: Inside Round House, Leader in Exile 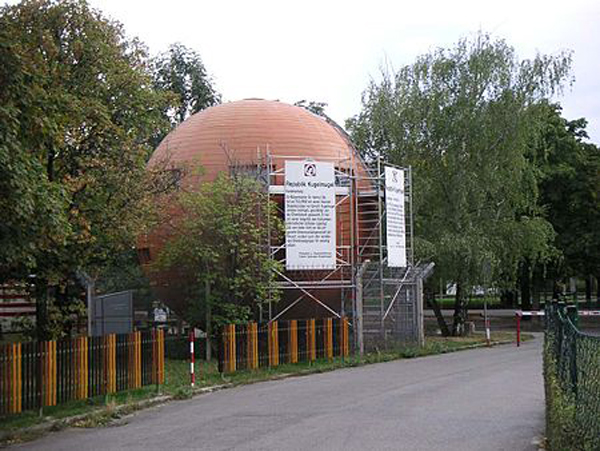 The entire Republic of Kugelmugel resides in one round house built in Lower Austria by artist Edwin Lipburger. He built the circular 7.68 m in diameter house in 1984 without the proper permits; the Austrian authorities moved it to a nearby park. Lipburger declared Kugelmugel (which roughly translates to “Ball Hill”) a sovereign nation, and, like #3 he began issuing his own stamps. Lipburger was sentenced to prison for this, but received a last-minute pardon from the Austrian president. Lipburger is currently “in exile” from his own country. It still resides in Prater park, surrounded by barbwire (it is unclear if the Austrian Government or Lipburger put it up) and is a popular tourist attraction. 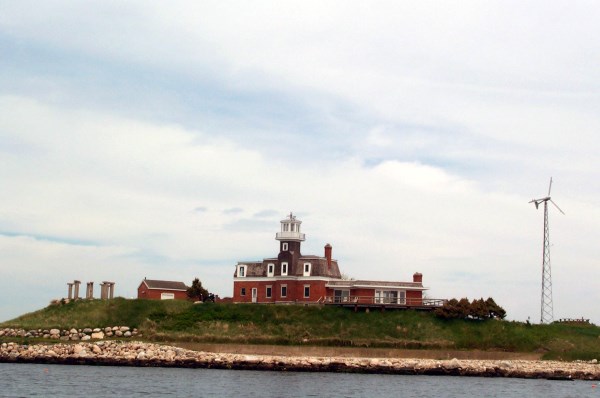 North Dumpling Island also has a replica of Stonehenge

The inventor of the Segway, Dean Kamen, owns this tiny island just off Long Island, New York (and north of South Dumpling Island). Like many micronations on this list, it was started because of a dispute with government authorities about building something without permission – in this case it was a wind turbine. Kamen “seceded” and established his own one-man nation with flag, navy, currency, and even its own anthem written by Broadway director Paul Lazarus, who is also the nation's Ministry of Brunch. He even got his friend President George H.W. Bush to sign a “non-aggression” pact. While this is the folly of a very rich, well connected person, he claims his busy life offers no time to relax and this lets him unwind. Why not just take a ride along a trail on a Segway instead?

8Grand Duchy of Westarctica: Exists Because of Technicality 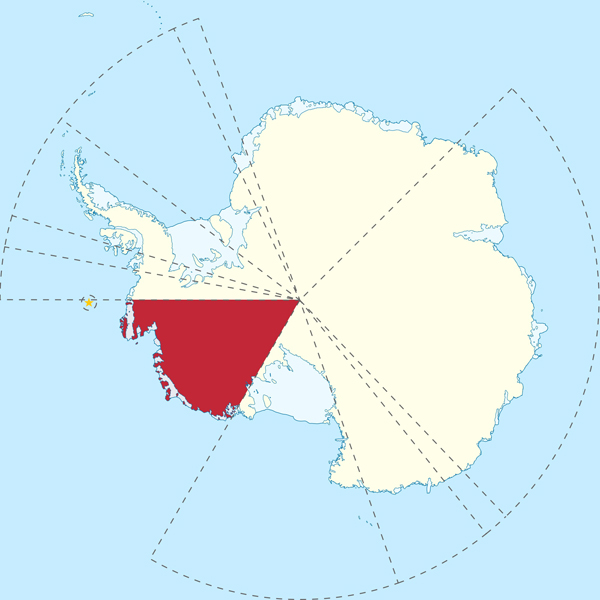 This micronation exists because of a loophole: this area of the Artic is so remote (located 60° S and between 90° W and 150° W) no nation has claimed it; it resides between the claims of Chile and New Zealand. An American named Travis McHenry seized upon this and on November 2, 2001 dubbed it Westartica. Word spread about this “cool” nation and many became citizens (you can too here.) but McHenry isn't as connected as #7 so he has yet to get any nation to recognize his claim. McHenry converted to Christianity and abdicated the throne. A power grab enused, there was a coup and McHenry eventually stepped in to “restore order” and is once again in charge. 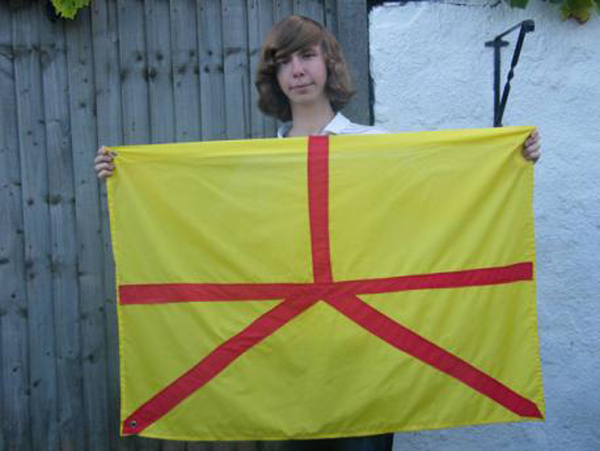 On October 20, 2008, at 11:30 am British Standard Time, another 14-year-old boy (see #1) declared a tiny nation within a bigger country's borders; in this case it was Jonathan Austen declaring his father Terry Emperor and himself Crown prince of Austenasia, located within the confines of their London flat. The country is run as a constitutional monarchy and has expanded to 5 “territories” in the nearby area. They are very serious about their endeavor (they claim Articles 1 and 3 of the 1933 Montevideo Convention allow them to declare their sovereignty) and have created dozens of Acts of Parliament. You can become an "honorary subject" here. They say you can visit their country as long as they are contacted beforehand. The website asks “just don't turn up.” 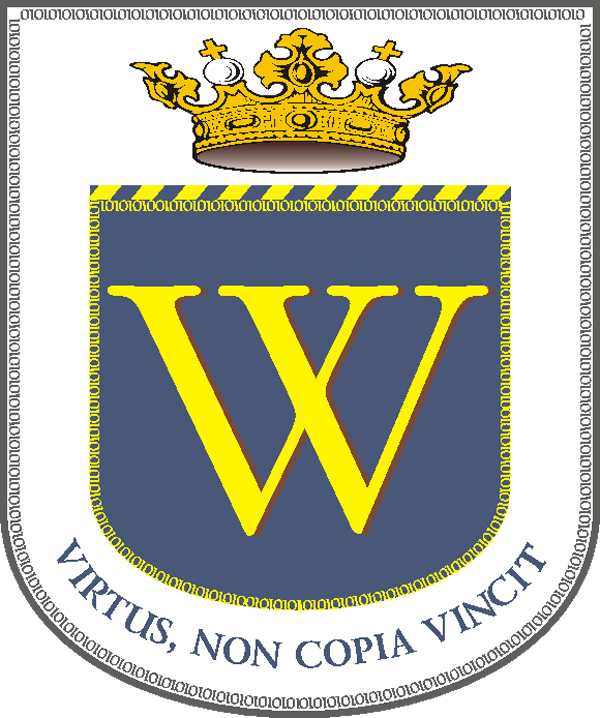 Wirtland is a micronation that exists entirely in cyberspace. It was created in 2008 as an experiment to create a “democratic and peaceful alternative” to countries that fight wars over borders. Wirtland hopes to unite all people under one banner. Anyone can become a member. They too are seeking legitimacy for the right to exist by citing the Montevideo Convention by quoting Article 1 – “The political existence of the state is independent of recognition by the other states.” Wirtland is run by a chancellor but says it wants to become a “parliamentary democracy."

Source 1, Source 2Photo
How to start your own micronation in 9 easy steps! 1. Be very rich or very young 2. Be an artist and/or a little bit crazy 3. Give the country a funny name and yourself a ridiculous title 4. Write a declaration, cite Article 1 and 3 of Montevideo Convention 5. Try and get your president friend to sign a non-aggression pact 6. Set up a website and offer free citizenship 7. Mint your own coins or stamps 8. Prepare to be thrown in jail or taken to court for doing #7 9. If micronation is larger than 1 person, prepare for civil war or coup