They say it will soon revolutionize your life, bringing industrial power to your home. Starting from nothing, a 3D printer reproduces a digital model by adding materials in layers until the final product is achieved. From guitars to bikinis, check out some of the best stuff that has been created so far!

13D-Printed Ear (That Can Hear Better than Human Ears!) 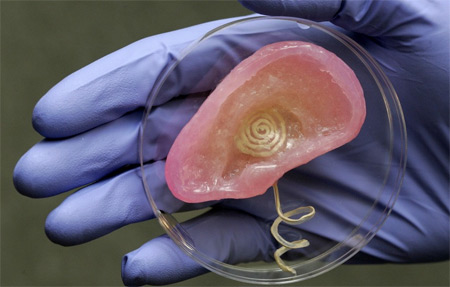 Printed by a $1,000 off-the-shelf 3D printer, scientists at Princeton University have designed this bionic ear that can hear BETTER than human ears!

According to the university, they 3D-printed cells and nanoparticles, and then combined a small coil antenna with cartilage to create this "bionic" ear. The result was a fully-functional organ that can hear radio frequencies a million times higher than our human ears. 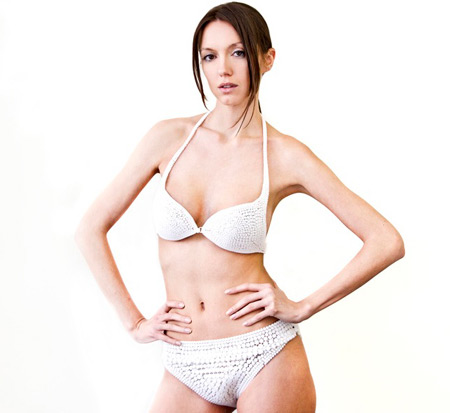 The world's first 3D-printed bikini was presented in 2011, created by designers Jenna Fizel and Mary Haung of Continuum Fashion. Called N12, the design comprises discs of varying sizes that are linked together by springs. These circles are smaller on parts of the garment that need to curve around the body and larger on areas with flatter contours. The designers envision that items of clothing could be made based on a body scan of the customer. 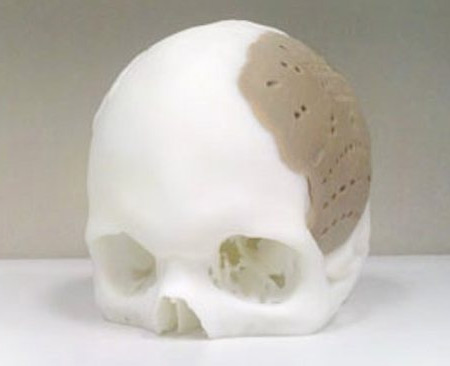 In March of 2013, an anonymous man in the United States had 75% of his skull replaced with this 3D-printed plastic prosthetic, the first operation of its kind. The transplant was carried out by Oxford Performance Materials, which received approval to carry out such procedures from the US Food and Drug Administration last month. The company crafted the artificial skull based on a 3D scan of the patient's head, and the polyetherketoneketone prosthetic features holes meant to encourage the growth of new cells and bone.

In May of 2013, the world's first gun made with 3D printer technology was successfully fired in the US. Created by "Defense Distributed," a controversial group from Texas that spent a year on the project, it was made on a 3D printer that cost $8,000 (£5,140) from the online auction site eBay. To make the gun, Mr. Wilson received a manufacturing and seller's licence from the US Bureau of Alcohol, Tobacco, Firearms and Explosives (ATF). 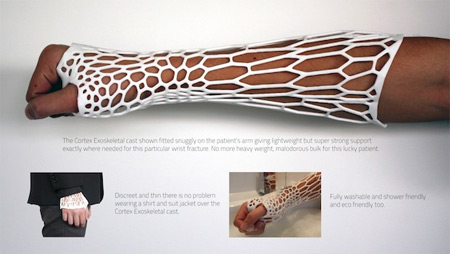 When Jake Evill, a recent graduate of Victoria University in New Zealand, broke his hand, he felt that his plaster cast was "archaic," so he created a breathable, lightweight, recyclable, and washable exoskeleton that mimics the body's trabecular, the small honeycomb-like structure that makes up your inner bone structure. The cast lets in plenty of air, which prevents that stuffy, itchy feeling. 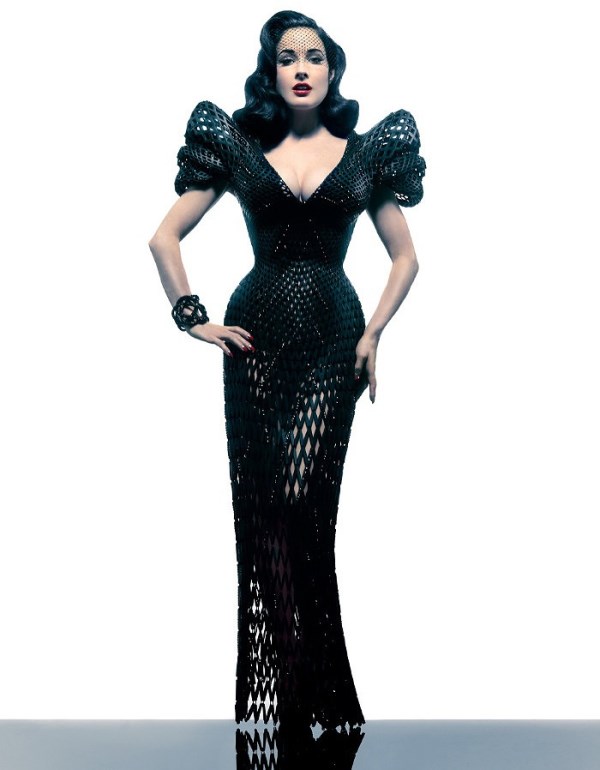 Earlier this year, New York designer Michael Schmidt and architect Francis Bitonti created this 3D-printed dress for burlesque dancer Dita Von Teese. The floor-length nylon gown was made using selective laser sintering (SLS), a process where material is built up in layers from plastic powder and fused together with a laser.

Designed by Olaf Diegel, the first-ever line of 3D printed electric and bass guitars are available for over $3000 on their website. There are nine unique electric and bass guitar designs, and each of them is customizable. You'll be able to work with the designer to tailor the instrument to your needs. You can choose your neck, fretboard, pickups, and preferred color. You can also have your name (or your band's name) 3D-printed on the back of the guitar. 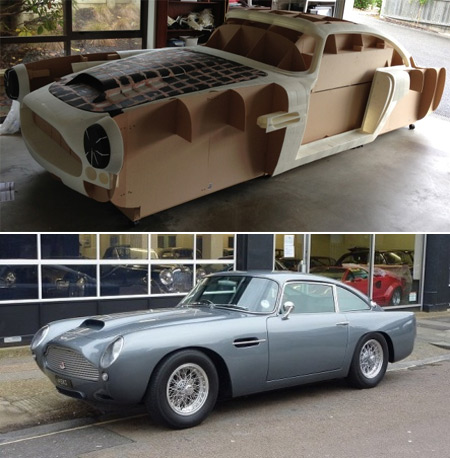 Can you see the resemblance? Maybe not yet, but you will soon. Ivan Sentch, a programmer in Auckland, New Zealand, started printing a replica of a 1961 series II Aston Martin DB4, piece by piece, at his home. He's been working on the project off-and-on since Christmas of last year, and is now finished with around 72% of the body. Once finished, he'll make a fiberglass mold of the print. 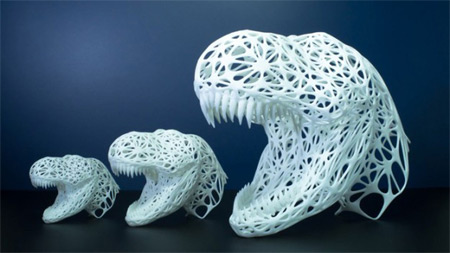 Spanish design studio Namisu created the 3D-REX, a 3D-printed Tyrannosaurus Rex head sculpture for home decor. This innovative work of art can be mounted on the wall or placed on a tabletop. It is a novel way to display a prehistoric legend in the home. 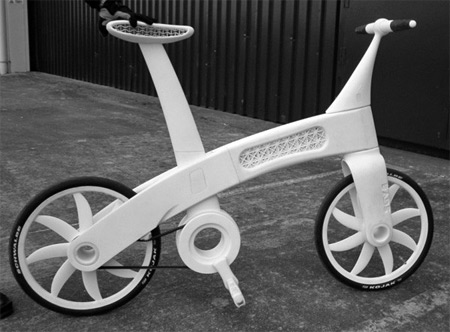 While you can't really print this one at home, the Airbike is "grown" with nylon powder using a process called additive layer manufacturing, which is similar to 3D printing but with the added benefit of laser-sintering to reinforce the structure. Unveiled by EADS (European Aerospace and Defence Group), the parts can save up to 65 percent in weight while retaining the same strength of steel or aluminum. Apparently, Airbus was quicker to pick up on this technology than everyone else.