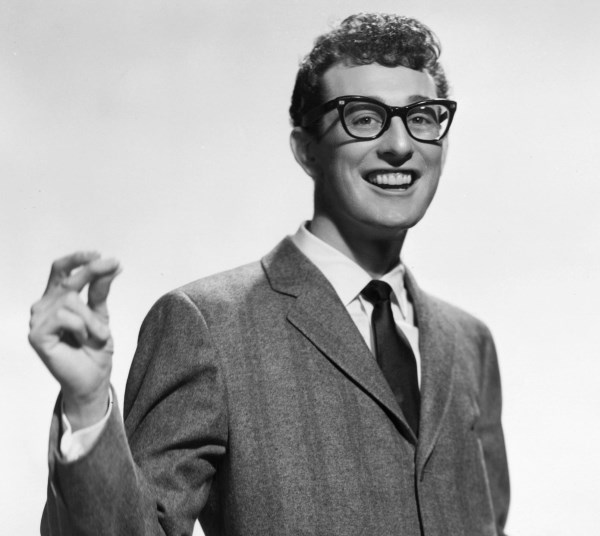 This is the last photo of Buddy Holly.

February 3, 1959 is commonly referred to as The Day The Music Died, because bespectacled rocker Buddy Holly, Richie “La Bamba” Valens, and The Big Bopper (“Chantilly Lace”) died together in a plane crash during The Winter Dance Party tour. It also is known as the start of the “Buddy Holly Curse,” as many musicians and people associated with Holly and his music have also met untimely deaths. For example, Ronnie Smith, the vocalist hired to replace Holly on the tour, committed himself to a mental hospital right after the last performance, and hung himself a few years later. Then, David Box, a member of Holly's band The Crickets, also tried to start a solo career, but like Holly he died in a plane crash at the exact same age of 22. After Holly's death, his wife Maria miscarried their only child. From there, the curse spreads to Gene Vincent and Eddie Cochran, who both had close ties with Holly and The Crickets, and even to Keith Moon, who reportedly went out to see The Buddy Holly Story on September 7, the night he died, which also happens to be Holly's birthday. R. Gary Patterson has delved into this and many other intriguing events with a book entitled “Take a Walk on the Dark Side: Rock and Roll Myths, Legends and Curses” and through videos. Watch below: 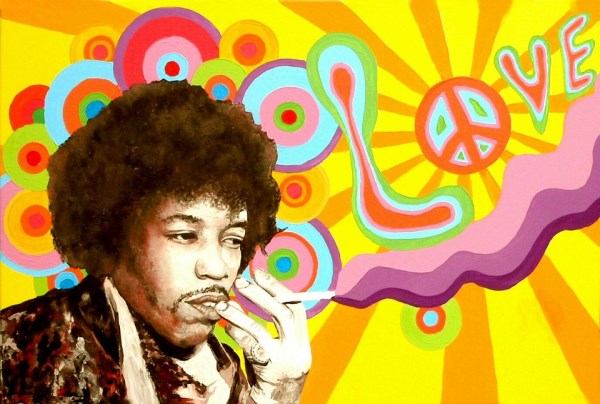 This is the alleged “curse” with which many people are familiar. Also known as The 27 Club, it refers to the age that many of contemporary music's most beloved musicians perished, specifically Janis Joplin, Jimi Hendrix, Brian Jones of the Rolling Stones, Kurt Cobain, Amy Winehouse, and even Robert Johnson (see #4). Of course, many famous musicians have the audacity to keep living beyond that magic number, but it's still pretty creepy to read down the list. 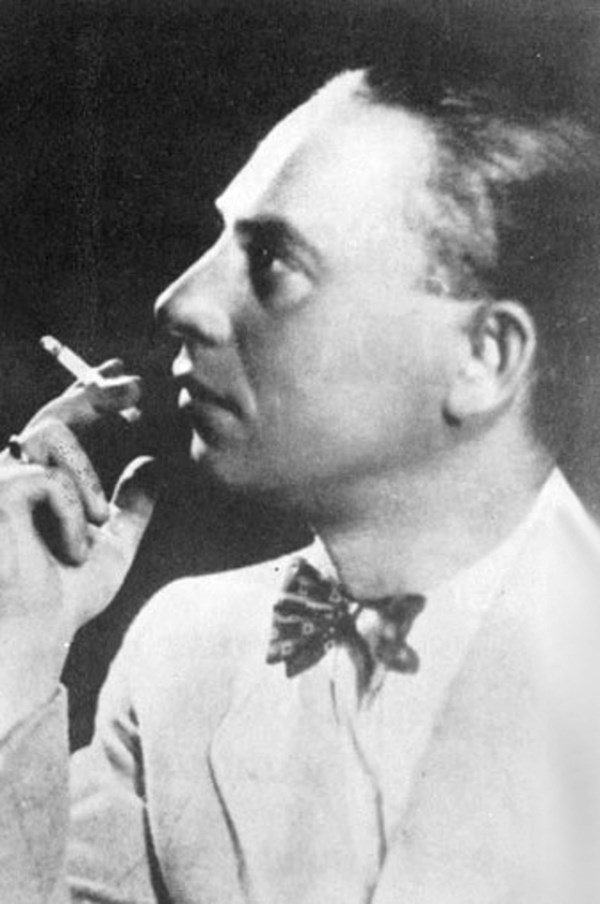 Was Rezs Seress under duress?

Can a song be so sad and depressing that it encourages people to kill themselves? That is the theory behind the “Gloomy Sunday” curse. The song, written by Hungarians Rezs Seress and Ladislas Javor, was controversial from the start; it was written about Seress' girlfriend who committed suicide. When it was released in Hungary in 1933, authorities tied it to an increase in the number of suicides and promptly banned it from being played nationwide. It was also recorded by Paul Robeson and, most famously, by Billie Holiday in 1941. Each time it was released, it was held responsible for an uptick of suicides; the BBC banned Holiday's version from the airwaves. Songwriter Seress later committed suicide, as well. Nowadays, we don't believe a song can actually be cursed, do we? Listen to Billie Holliday's version below, but keep away from any weapons or windows.

Iconic Delta Bluesman Robert Johnson is known for his “curse” almost as much as his music. The story is that Johnson met The Devil at a crossroads on the outskirts of some unknown town. It was at that spot where he exchanged his soul in order to become a great blues performer. Of course, when you're dealing with The Devil, there are always some kind of shennanigans involved. In this case, Johnson did indeed become legendary, but not until long after his death at 27 years of age (see #2), which was, of course, at a crossroads. Specifically, some think that Johnson's song “Crossroads” is cursed, as many artists who have covered it on their albums, such as Lynyrd Skynyrd and The Allman Brothers, had tragedy befall them. Also, Eric Clapton, who recorded the song both with Cream and in his solo career, lost his son to a fall from a window.

5The “My Way” Karaoke Curse 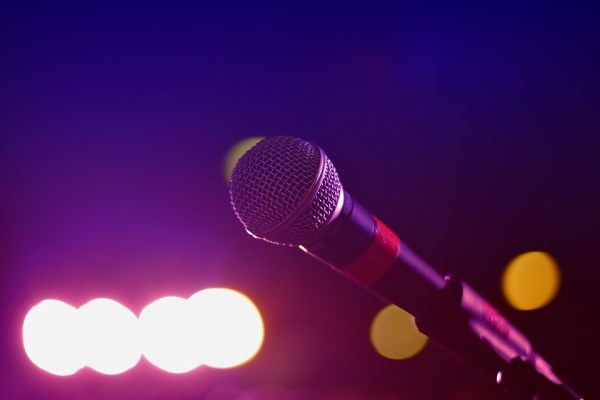 I have a strange feeling something bad is about to happen...

“And now, the end is near, and so I face the final curtain...” So begins one of the most famous - and apparently lethal - songs in existence, at least in the Karaoke world. “My Way” was written by Paul Anka for Frank Sinatra. However, its the ordinary person's interpretation of the song at karaoke clubs across the Phillippines that has been equated with death. So many people have died there after singing that song that it has its own crime category. Some say its because of the song's popularity mixed with the aggressive atmosphere at the clubs, and not the song itself, that leads to so many killings. Either way, many karaoke bars there are not taking any chances and have pulled it from their big blue binders.

6The “Spiderman Turn Off the Dark” Curse 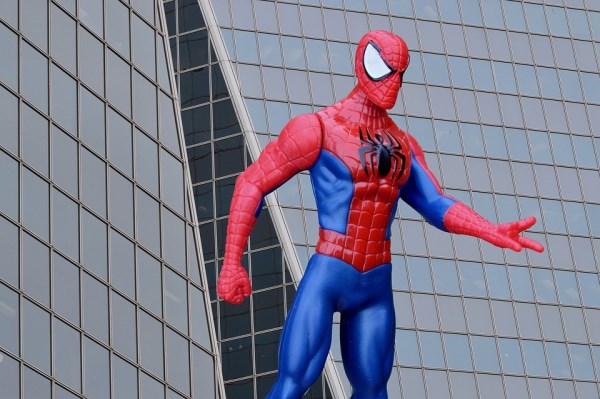 We've been talking about musical curses, but what about a cursed musical? That would be Spider Man: Turn Off The Dark, the notorious, and some say cursed, Broadway musical. It had everything going for it, including the director of The Lion King musical, the songwriters from U2, and a famous comic book superhero. However, it turned out to be a recipe for (multiple) disaster(s). Four separate people were injured during rehearsals, the director was fired, and the budget ballooned to $65 million, becoming the most expensive musical ever. But maybe it's not so cursed after all, since it did eventually make money despite horrendous reviews. 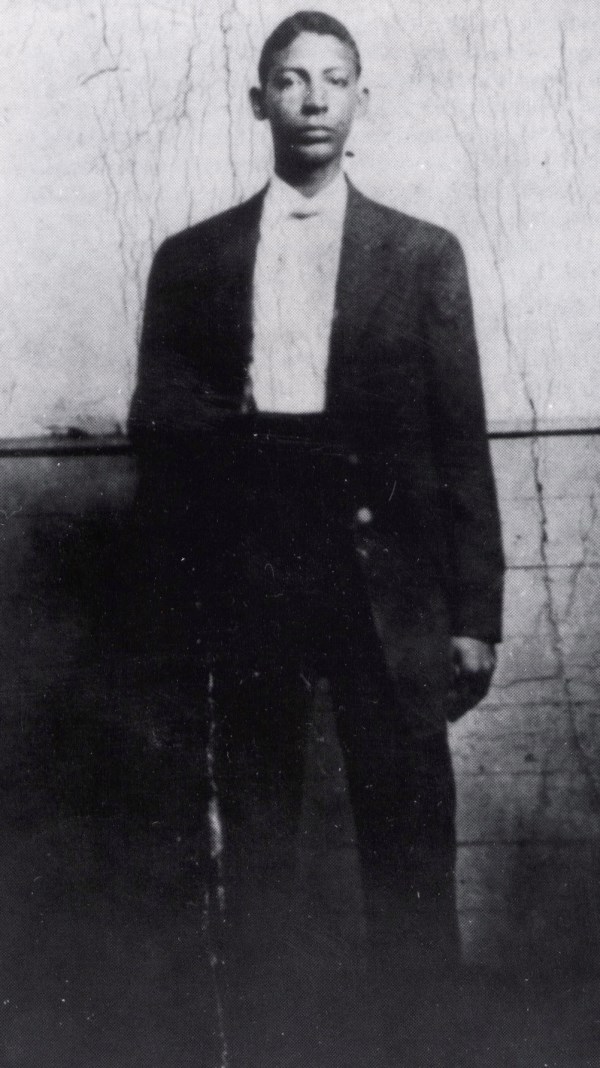 New Orleans jazz musician Jelly Roll Morton (aka Ferdinand La Menthe) was said to be under a curse placed upon him by his own godmother, who sold his soul to Satan . At first Morton's career in the 1920s flourished, as he became known as the “father” of early jazz, wearing diamonds in his teeth and living extravagantly. Then, in the 1930s, he discovered powder with a mysterious color that had been sprinkled at his publishing office, the typical sign of a Juju curse. Soon thereafter, his musical empire crumbled, his diamonds were stolen, and his reputation was lost. He was so convinced it was due to the curse that he sought out a voodoo woman who told him to burn all of his clothing. He did, and the curse appeared to lift, as his fortune and reputation returned.

This is the original, less sexy, Fleetwood Mac.

There have been stories of many cursed bands, such as Badfinger and Led Zeppelin. However, arguably the most famous of the cursed bands would have to be Fleetwood Mac, whose album Rumours sold over 19 million albums in the US alone. The band actually had a long history of troubles before this multi-platinum success. After all, this was Fleetwood Mac's 11th album.

Fleetwood Mac was actually founded by Peter Green, who took too much acid in 1970, left the band, and was committed to a mental hospital. Then, slide guitarist Jerry Spencer took too much mescaline in 1971 and joined a sex cult.

In 1972, then-guitarist Danny Kirwin started acting bizarrely during a gig on the eve of their tour, smashing his head on a wall and then taunting the band from the audience; he was later committed and ended up dying homeless. Do you see a pattern here? More recently, guitarist Bob Weston died of an aneurism in 2012, and later that same year guitarist Bob Welsh killed himself after receiving news that he would never walk again. All in all, there have been 15 members of Fleetwood Mac. Lindsay Buckingham seems to be doing fine, but you never know...

9The Curse of the Ninth 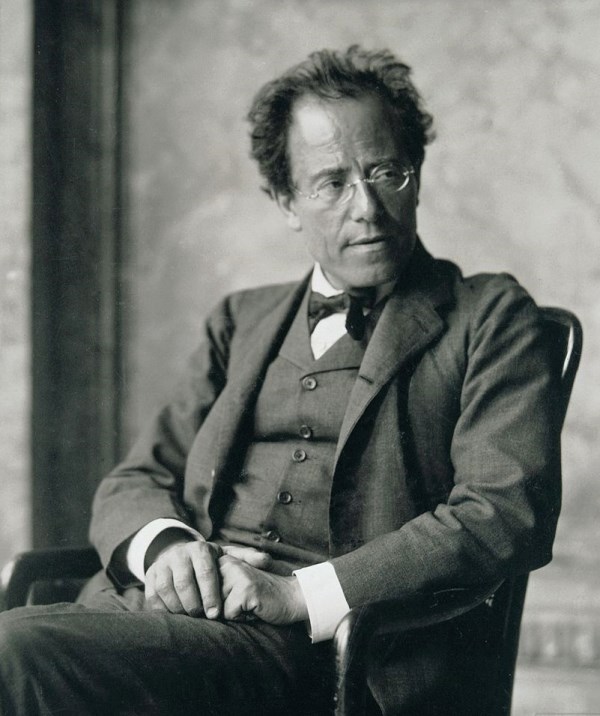 This is Gustav Mahler having a bad hair day.

In the classical music world, there is something known as the Curse of the Ninth, since many composers who have written a Ninth Symphony died shortly thereafter. It's always been a well-known superstition, as Beethoven is the supposed curse's most famous victim. Gustav Mahler thought he had beaten the curse by starting upon a Tenth Symphony, but he died before its completion, thereby perpetuating the myth.

SourcePhoto
Interested in finding out if objects, people, or music can be infused with ‘“intentions” or perhaps “curses?” Find out more at Tiller.org where a man named Dr. William Tiller has made it his life's mission.