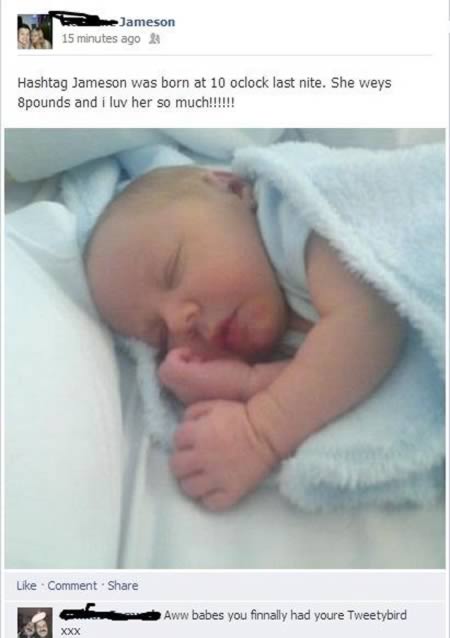 On the plus side, at least the newborn's name is pronounceable. Although it seems too loony to be real, a mother has anointed her baby girl Hashtag Jameson.

A hashtag denotes the number sign (#) on Twitter where it is used as a tagging device, both deliberately and comically. As in, #dumbbabyname.

Mother Jameson gave birth on a Sunday night and posted a picture to Facebook – ironically, not Twitter – the next day. 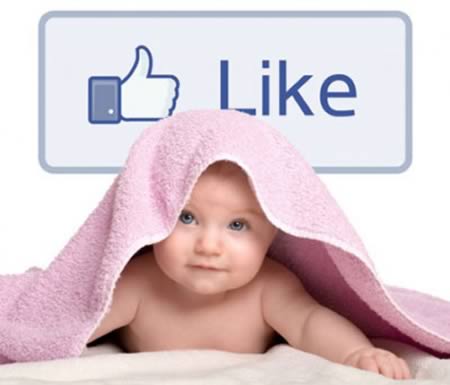 According to the parents, Lior and Vardit Adler, they wanted their daughter to have a name that would be extraordinary in a modern way when they hit upon the idea of using the name for the Facebook button.

They fell for the idea at once, and as soon as they had found that there was no such name in the whole of Israel, the little girl was saddled with the name Like. The parents do not look at it as a strange name at all, reasoning that it is a modern version of the common Jewish name Ahava which is the Hebrew word for “love.” 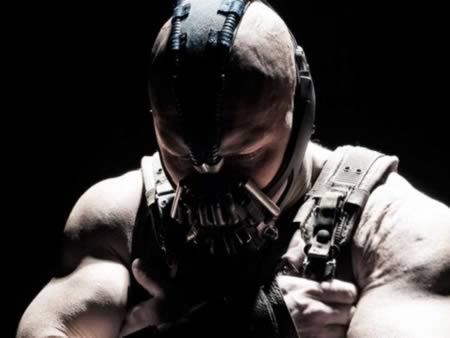 British rugby player Jamie Jones-Buchanan and his wife have named their new son after Bane, the masked villain from the Batman franchise. The Leeds Rhinos' player said he and his childhood sweetheart always intended to give their future children unusual names.

This isn't the first baby name that Jones-Buchanan has taken from fiction. His son Lore is named after Data's evil twin brother. Kurgan gets his name from the primary antagonist of the first Highlander movie. The Sun also reports that one child is named Dacx from Star Trek, which I think actually refers to Dax. 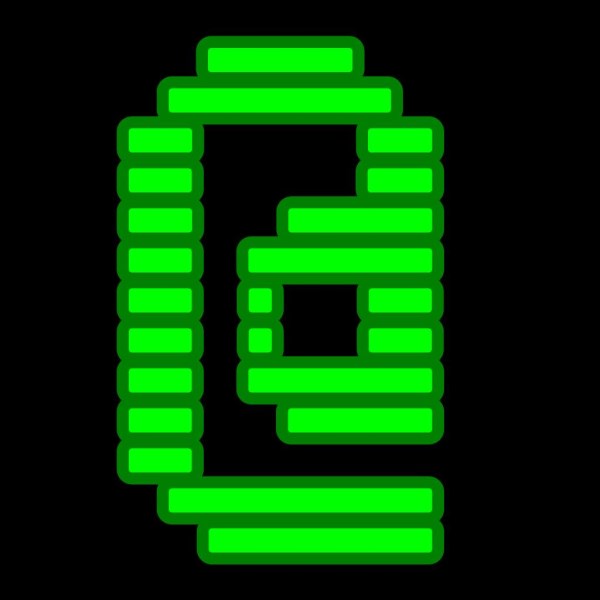 A Chinese couple seeking a distinctive and modern name for their child chose the commonly used @ symbol, much to the consternation of Chinese officials.

The unidentified couple and the attempted naming were cited by a Chinese government official as an example of bizarre names creeping into the Chinese language. The father said, "The whole world uses it to write emails and translated into Chinese it means 'love him,' " Li Yuming, the vice director of the State Language Commission, said at a news conference. The symbol, pronounced in English as 'at,' sounds like the Chinese phrase "ai ta," or "love him." 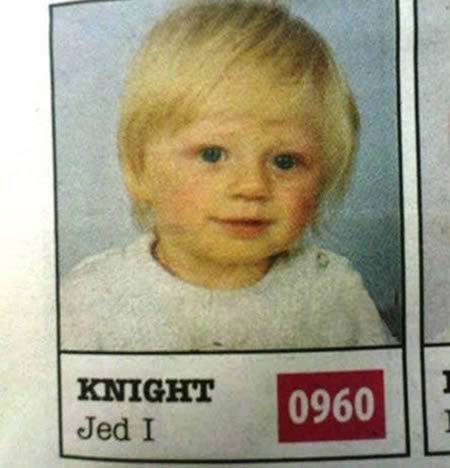 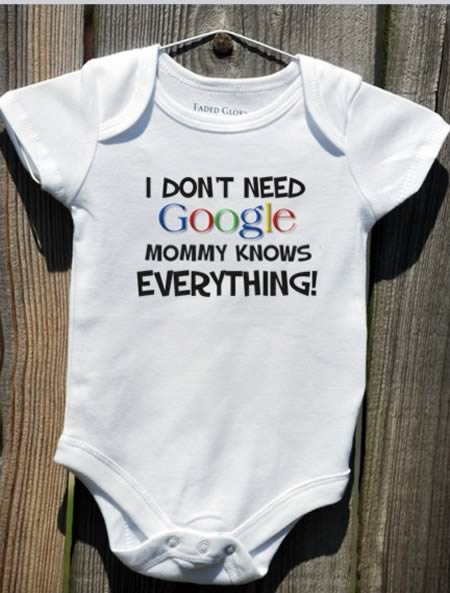 In 2005, a search-engine marketer and avid fan of all things Google wrote the company to alert them of the birth of his first child, Oliver Google Kai. "When we first knew that my wife Carol wass pregnant, I said, 'We will name our child Google,' " the elder Kai wrote in his letter. Surprisingly, his wife agreed to the name, since she "knows how much I adore Google services." Google responded by wishing the young boy "long life and good health," adding that they hope Oliver Google Kai's "schoolmates aren't too hard on him." 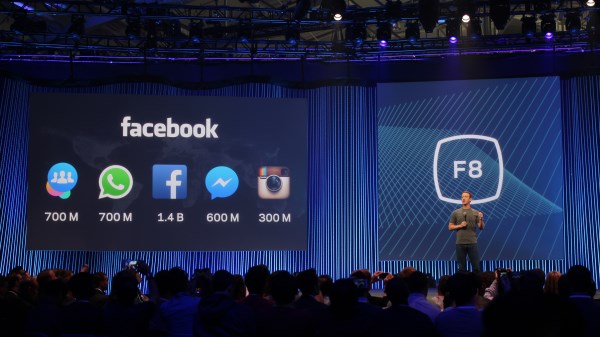 In 2011, a man in Egypt named his newborn daughter "Facebook" in honor of the role the social media network played in bringing about a revolution, according to a news report.
Gamal Ibrahim, a 20-something, gave his daughter the name "to express his joy at the achievements made by the January 25 youth," according to a report in Al-Ahram, one of Egypt's most popular newspapers.

Many young people used Facebook and other social media networks to organize the protests, which began January 25 and ultimately led to the ouster of President Hosni Mubarak after 30 years in power. Wael Ghonim, a Google executive who organized a Facebook page on his own time, became a central figure of the revolution. 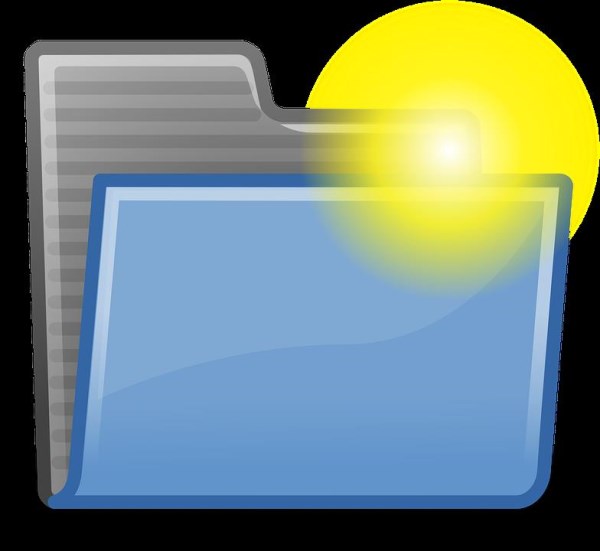 A couple from Houston, Texas has given their newborn baby the temporary name “New Folder” until they can think of something better. Ben and Diane Davis could not come to an agreement on what to name their newborn son, so they decided not to rush anything or make any hasty decisions that they would later come to regret.

“Until the very last day we thought the baby would be a girl, but when the doctor told us it was going to be a boy, we were completely stunned and unprepared,” the new father added.

As 30 days is the legal deadline to give your child a name before the state does it for you, the young couple said that they will surely come up with a better name for their kid in the meantime, and if they don't, they can always name him “Son.1.? 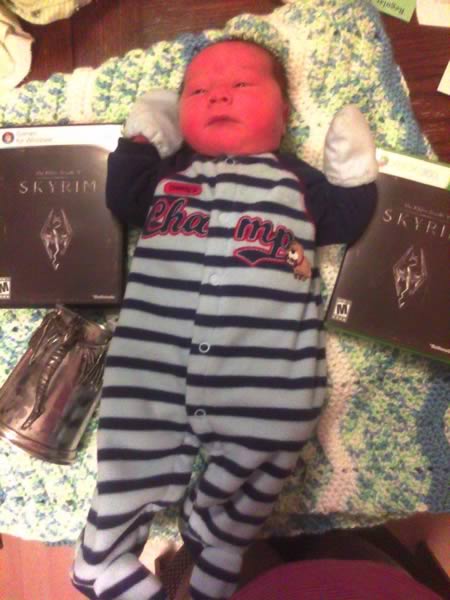 Talk about a dragonborn. While most of the country's gamers were entranced with Bethesda Softworks' newest RPG blockbuster Elder Scrolls V: Skyrim, a couple actually named their newborn son after the game. Back in February 2011, Bethesda issued a challenge to its fans to have a baby on 11/11/11 and name it "Dovahkiin," which is what the main character is called throughout the game. While the company issued it more in jest than anything else, they did offer a serious prize: "A Steam key that will grant you, and presumably Dovahkiin him/herself, every ZeniMax/Bethesda game — past, present and future — for life."

Sure enough, Megan and Eric Kellermeyer answered the challenge, and on 11/11/11 at 6:08pm PST, Megan gave birth to Dovahkiin Tom Kellermeyer. The couple shared their blog post about the baby, sent in the necessary documents and won the coveted lifetime swag. The Bethesda team also has a picture of the infant surrounded by the first batch of his great gaming reward. "Be it the real world or the game worlds we create, we wish young Dovahkiin the best in all his adventures," the company says on their blog post. 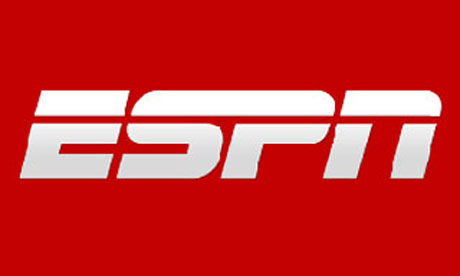 Just when you thought celebrities were the undisputed titleholders of “cruelest baby namers” around, BabyCenter released its annual list of the weirdest of the weird in American toddler monikers. On the male side, amid “Popeye,” “Burger,” and “Turbo,” the name of one company cracked the list with “ESPN.”

For the survey, “nearly half a million” parents were asked the names of their newborns. In order to make the cut, names must be duplicated at least once. That means there are, at the very least, two baby ESPNs living in America right now. 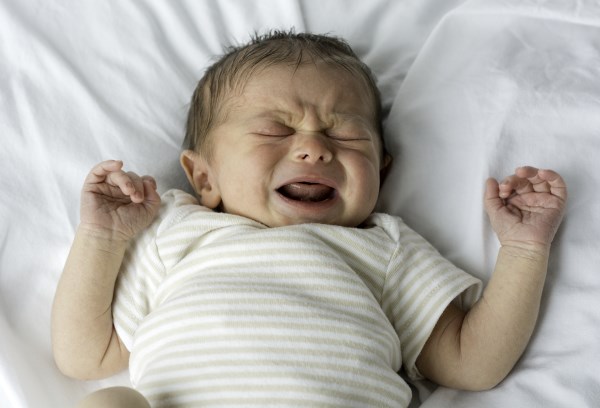 A proud US father and self-confessed engineering "geek" has named his son after a computer software term. Jon Blake Cusack, from Holland, Michigan, told local newspapers that the US practice of adding "Junior" or "II" after a boy's name was too common.

So, when his son was born in 2004, he decided on the name Jon Blake Cusack 2.0, as if he were a software upgrade. Mr Cusack admitted that it took months to persuade his wife, Jamie, to accept the idea.