24 hours since launch, there were more than a quarter of a million visitors. Articles appeared in The Guardian, Forbes, Slate, TechCrunch, Mashable, Gawker, the Huffington Post, and — easily sending more traffic than any of them — Le Monde. The front page of Hacker News featured it for most of the day, too, plus there were pieces on Kottke and my old flame Metafilter, and dozens more besides. All this for half a dozen amusing screenshots. Take a look at the hottest tumblr in town, Actual Facebook Graph Searches, created by Tom Scott. 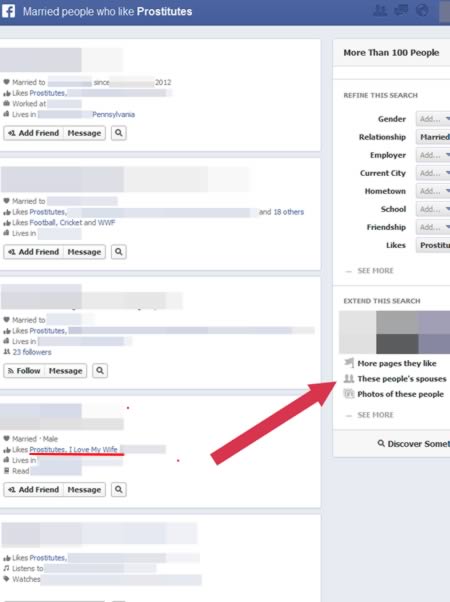 You can even meet their spouses! 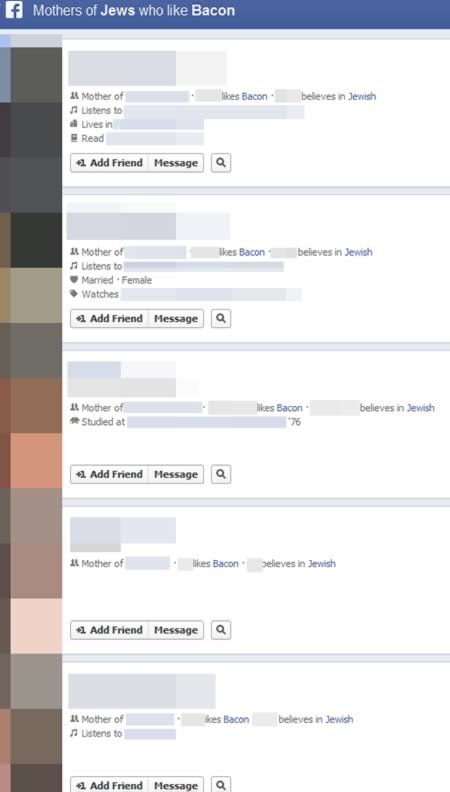 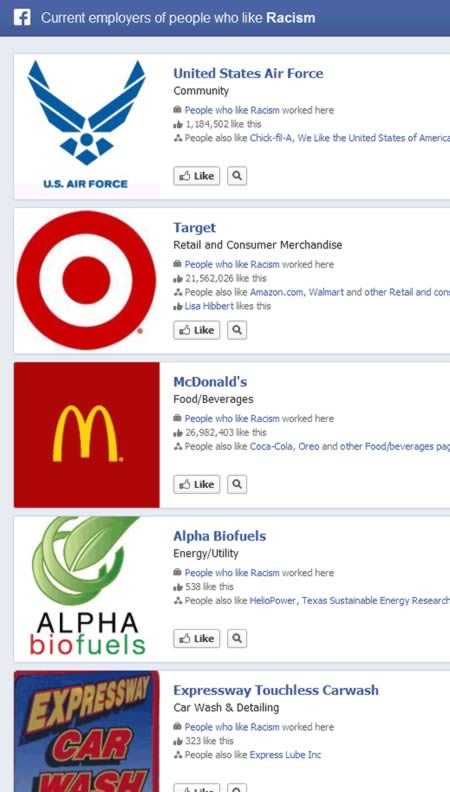 Think of that for your next job interview. 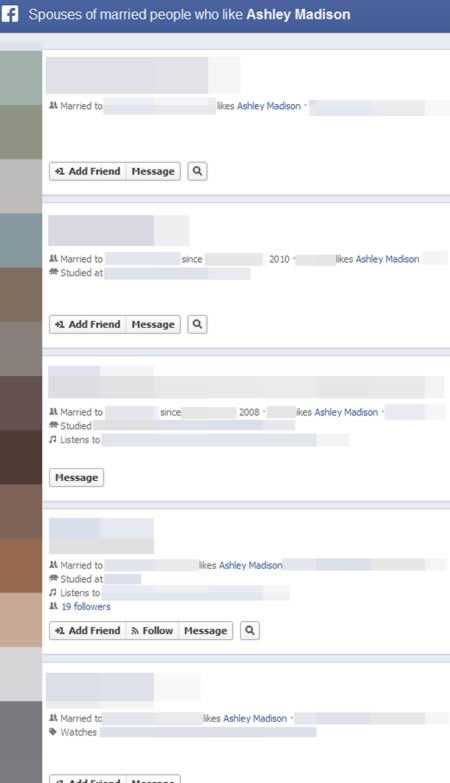 That's embarrassing. For those who don't know, Ashley Madison is a cheat-on-your-partner dating website. 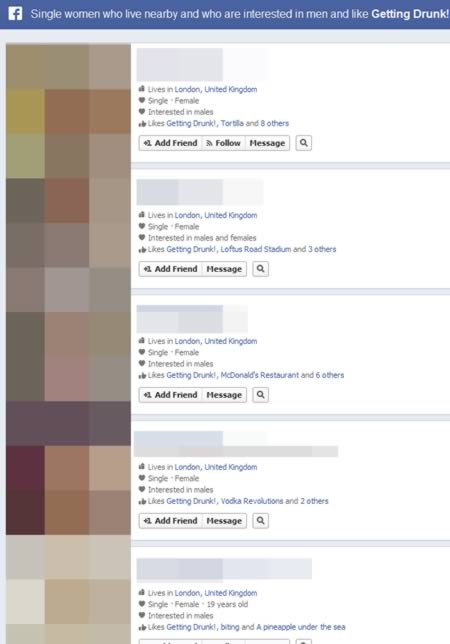 Nice way to find a date. 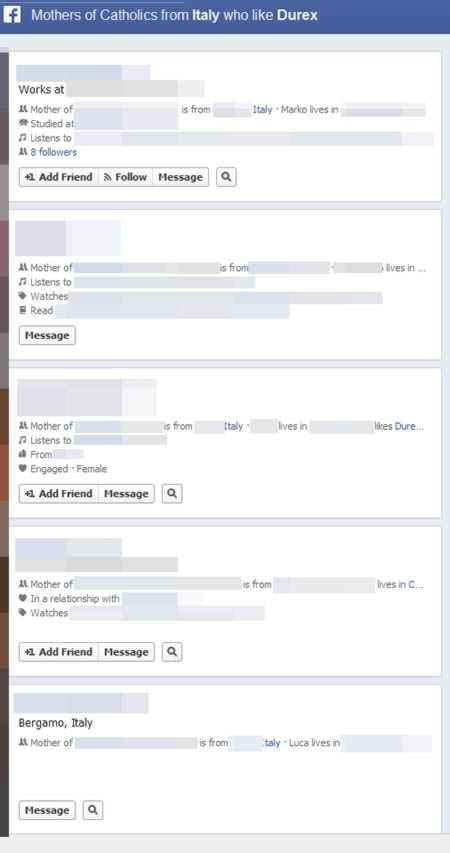 The Pope wouldn't approve that.

7People who like Focus on the Family and Neil Patrick Harris 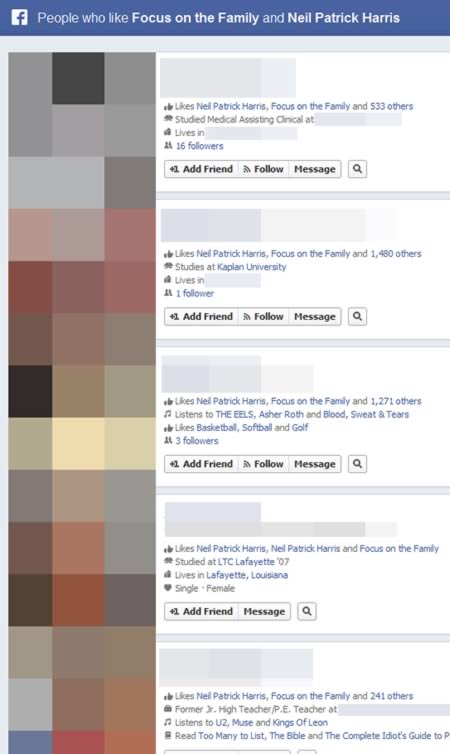 Focus on the Family: anti-gay marriage.
Neil Patrick Harris: very gay and due to be married with kids. 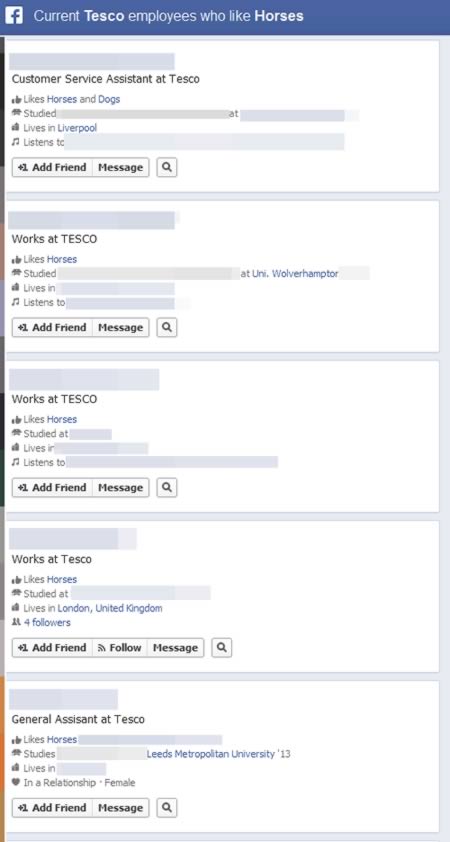