1Woman Blames GPS after Driving Her Car into a Sand Trap 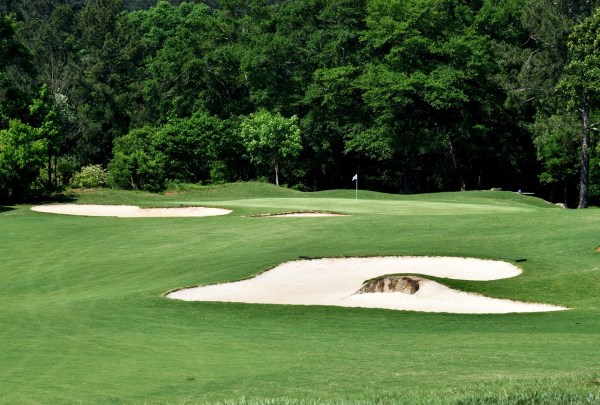 Perhaps after spending too much time at the nineteenth hole, a woman in Northbridge, Massachusetts drove her car into a sand trap on a golf course. She was unable to extricate herself without going well over par. This was, of course, not her fault. Her car's malfunctioning GPS navigational system was to blame.

Northbridge Police Officer Randy Lloyd wrote in his report that her GPS had told her to turn left. She stated that this left brought her into a "cornfield" and once she was in the "cornfield" she kept driving, trying to get out of her "cornfield." Life is tough sometimes. 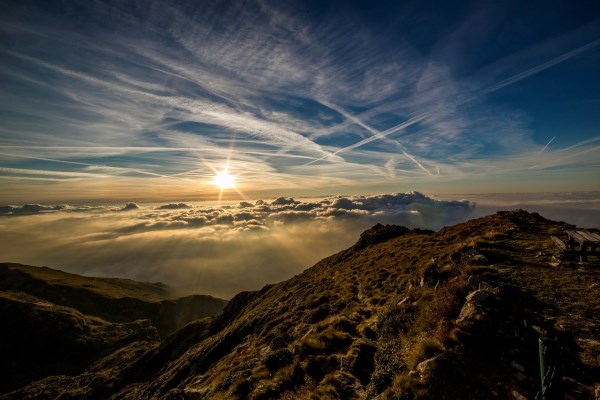 A Swiss van driver and his vehicle had to be rescued by helicopter after his sat nav sent him up a remote mountain footpath. Driver Robert Ziegler, 37, found himself stranded near the peak at Bergun, Switzerland, unable to go forward or turn around to go back the way he came. Rescue workers scrambled a heavy lifting helicopter to carry the van and its driver to safety after he dialed for help on his mobile phone.

"I was lost and I kept hoping that each little turn would get me back to the main road. In the end it told me to turn around but of course I couldn't by then," the driver told police. A fire brigade spokesman explained, "He claims he didn't see any footpath signs but he must have been a pretty fair driver to get that far up a glorified goat track." 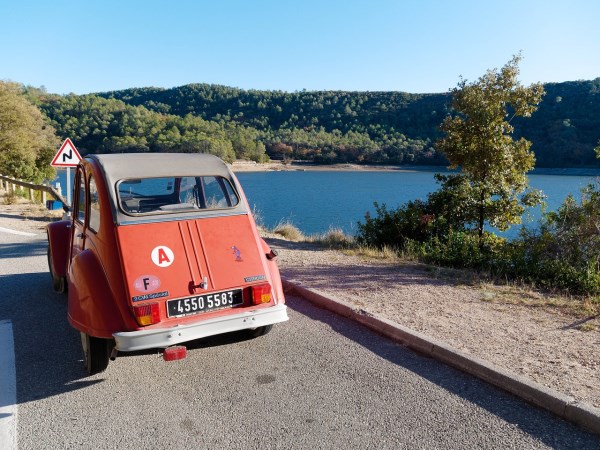 Three young women escaped the sinking Mercedes-Benz SUV after the vehicle's GPS directed them down a boat launch and into the Mercer Slough in Bellevue, Washington.
The driver thought she was on a road while following her GPS unit just after midnight, but she was actually heading down the boat launch. The road was dark and the driver crashed the SUV into the water in Mercer Slough Nature Park. One of the women immediately jumped to safety. The other two women tried to stay with the SUV as long as they could by standing on the side door frames, but they finally had to wade to safety when the vehicle kept drifting out farther into the slough. All three women made it out safely, but the SUV was completely under water. They were in town for a conference and were trying to get to a hotel in Bellevue. 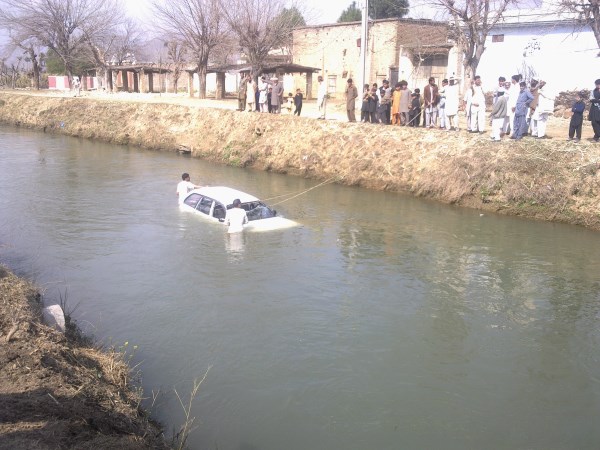 What happens if you trust your satellite navigation system over your own common sense? You get your £96,000 Mercedes sports car swept away in a swollen river. The driver, one of many to be led astray by satnavs, was on her way to a christening party in Leicestershire, UK when she was sent down a winding track usually used only by farmers in their 4x4's.

Although the track is signposted as "unsuitable for motor vehicles," the driver carried on and found herself at a ford in the village of Sheepy Magna. Still accepting what the satnav told her, she set out to cross the ford, but it was swollen after days of heavy rain. The Mercedes SL500 was swept 600 yards downstream, bouncing from one bank of the River Sense to the other as the woman, in her late 20s and from London, frantically tried to escape.

She was finally rescued by villager Alice Clark when the car ran aground.

5Japanese Tourists Drive Straight into the Pacific Thanks to His GPS 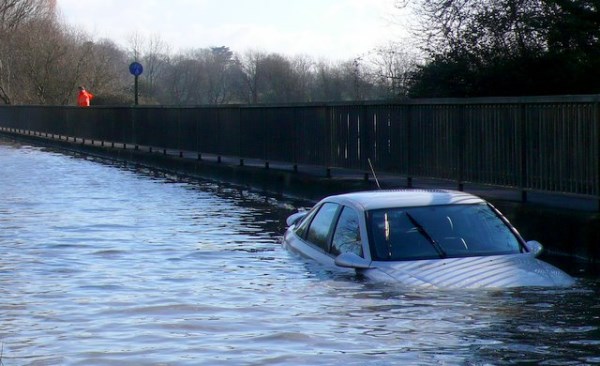 Three Japanese tourists in Australia found themselves in an embarrassing situation after their GPS navigation system lured them down the wrong path. The three students from Tokyo set out to drive to North Stradbroke Island on the Australian coast Thursday morning, and mapped out their path on their GPS system. The road looked clear, at low tide — but the map forgot to show the 9 miles of water and mud between the island and the mainland.

As the three drove their rented Hyundai Getz into Moreton Bay, they found the GPS device guiding them from a gravel road into thick mud. They tried to get back to solid ground, but as the tide rose they were forced to abandon their car. Passengers on passing ferries watched in amazement.

Noda and her friends made it about 50 yards offshore before they realized they were stranded. A tow truck driver eventually gave them a lift back to the mainland. The students decided not to have the car repaired because of the damage. The car was insured, though Noda will still have to pay about $1,500 for what was not covered. 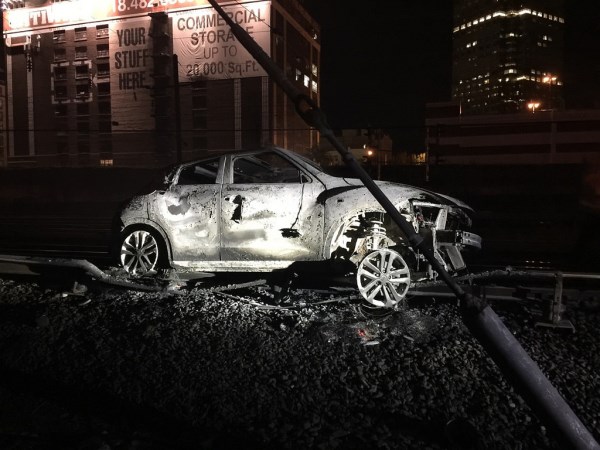 A driver of an Audi A4 was blindly following his GPS indications when he turned onto a train track, paralyzing the movement of train lines for a good twenty minutes.

7Burglars Caught By Their GPS 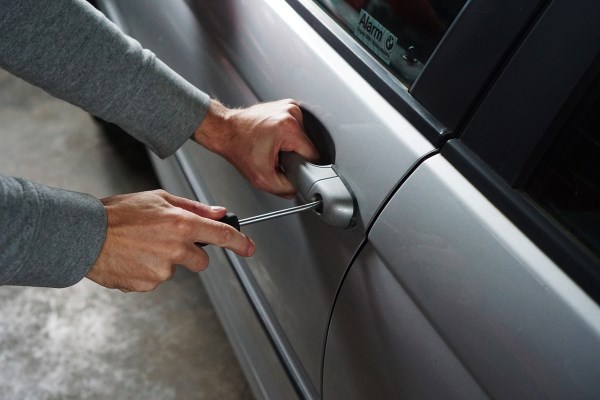 Two burglars were convicted when the satellite navigation system in their van recorded them at the scene of each of their crimes. It led to Ian Bansie, 33, and Steve Warrington, 31, who broke into ten houses in the space of three months, being jailed for a total of seven years.
Bansie used his work van to drop off Warrington outside each home they burgled, a court was told. A check of the van's sat nav gave a precise record of their movements.

The men, both from Kilburn, North London, pleaded guilty to conspiracy to burglary. 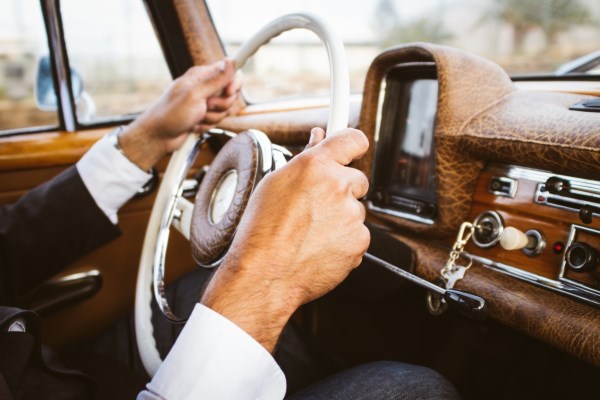 Two British pensioners landed in the hospital in southern Germany after their car's global positioning system directed them to drive into a church. While driving their Renault in the evening on a back road near the Austrian border, the navigation system instructed the couple to turn right where there was no road.

"They were confused and didn't notice that the navigation system was faulty," a police spokeswoman said. The 76-year-old driver then plowed into the side of the village church, virtually writing off the car, knocking a picture off the wall and damaging the building's foundations. Total damages were some 25,000 euros, police in the nearby town of Immenstadt said.

The couple, who were traveling to France, spent the evening in the hospital recuperating from minor injuries. 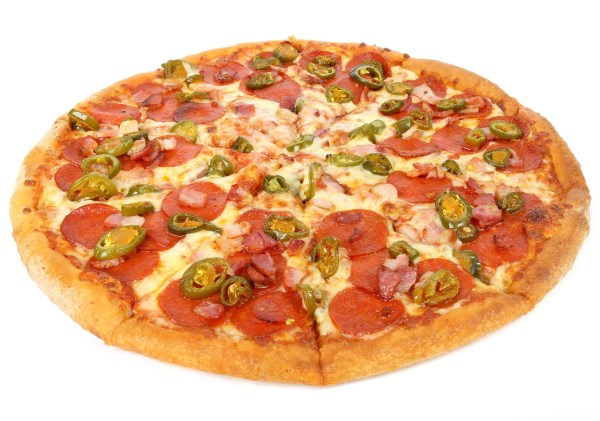 A pizza delivery driver, listening to his GPS, made a wrong turn, landed on some railroad tracks and lost his car to an oncoming passenger train. The driver, a 23-year-old from Niles, Mich. escaped unharmed.

“I don't think he'll be using his GPS anymore,” said Roger Lijewski, owner of Roger's Towing. He picked up what little was left of the car after the wreck.

The 23-year-old was listening to his GPS and trying to turn from Cleveland Ave. on to Elgin St. The driver told police the GPS said to turn after he passed the road and he ended up on the train tracks.

Not long after his car got stuck on the tracks, the Amtrak train came barreling down the line. He grabbed the pizzas he was delivering and got out before impact. Neither the driver nor the passengers on the train were injured.