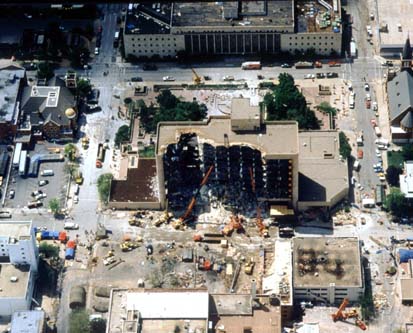 American Tana Hoy is a psychic medium who claims to not only hear guides and spirits, but to see them physically as well. Hoy was doing a live radio program in 1995 in Fayetteville, NC, when he predicted a deadly terrorist attack on a building in Oklahoma City. Just 90 minutes later, tragedy struck at the Alfred P. Murrah Federal Building when Timothy McVeigh and his accomplices orchestrated what was the worst terrorist attack on U.S. soil prior to 9/11/01.

Hoy had also reported his prediction to the FBI four months before the attack. 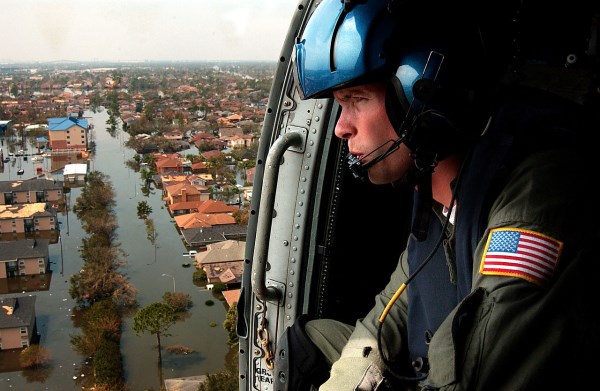 Australian psychic Jeffry R. Palmer makes a lot of predictions, some of which come true, and some of which do not. Palmer accurately predicted the December 26, 2004 Indian Ocean volcano eruption and ensuing tsunamis off the coast of Sumatra, Indonesia. Over 230,000 people in fourteen countries were killed during these devastating natural disasters.

Palmer also accurately predicted the discovery that Korea was testing nuclear weapons, but he gained international recognition for predicting 2005's Hurricane Katrina, a storm that claimed 1,836 lives and is still among the top five deadliest hurricanes in the history of the U.S.

3Edgar Cayce predicts everything from both World Wars to Presidential deaths 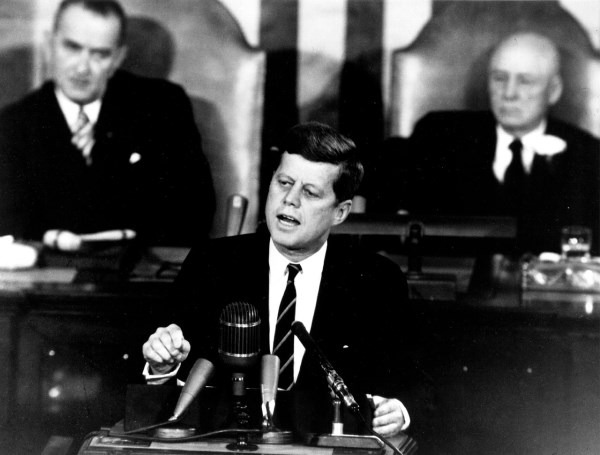 American Edgar Cayce, sometimes referred to as "The Sleeping Prophet," is perhaps the most well-known psychic of the twentieth century. Cayce was able to put himself in a meditative state, during which he could answer questions about time, space, reincarnation, spirituality, and current and future events -- all with startling accuracy.

Cayce is credited with predicting the start and end of World Wars I and II, the end of The Great Depression, the deaths of sitting Presidents Franklin D. Roosevelt and John F. Kennedy. 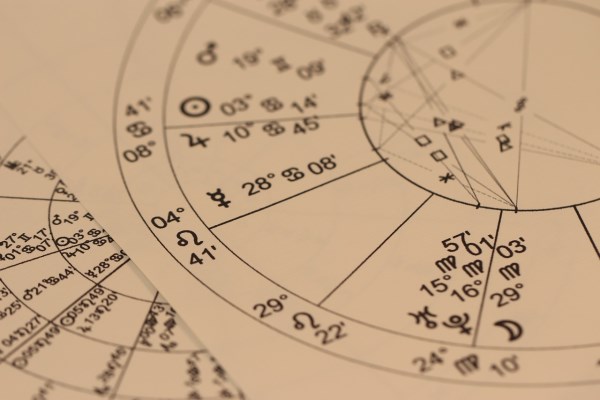 Jeane Dixon was an astrologer in the 1960?s who became both a syndicated columnist and a pseudo-celebrity when First Lady Nancy Reagan sought her advice during Ronald Reagan presidency. Dixon is most famous for accurately predicting the assassination of President John F. Kennedy and the death of Martin Luther King. 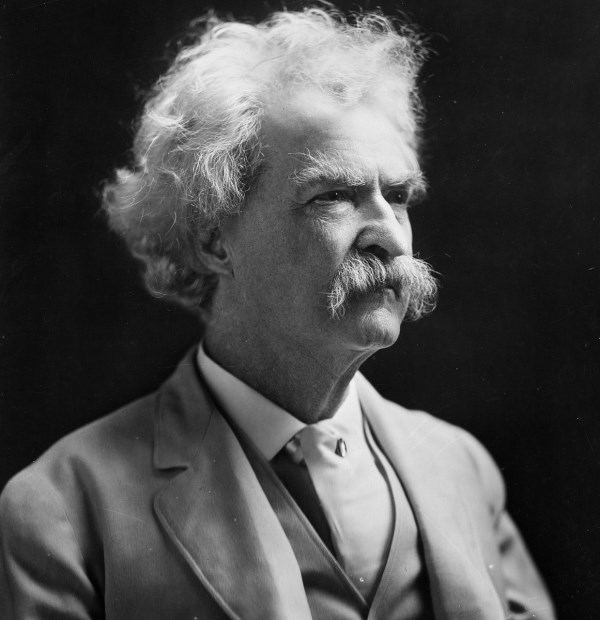 Famed American writer Mark Twain (nee Samuel Clemens) is not known for his psychic predictions, yet he made several startling predictions during his lifetime that proved to be eerily accurate. First of all, Twain predicted his own death; he was born in 1835 when Halley's Comet was visible, and he predicted that he would die when Halley's Comet was visible again. Sure enough, Twain died in 1910 when the comet was again visible in the night sky.

Twain also foresaw his brother's death, having a prophetic dream in which he saw his brother laid out in a coffin resting between two folding chairs in his sister's living room. A few weeks later, his brother Henry was killed in a boating accident, and when Twain entered his sister's parlor he saw that his brother had been arranged just as he'd envisioned in his dream, complete with a specific flower arrangement resting on his chest. 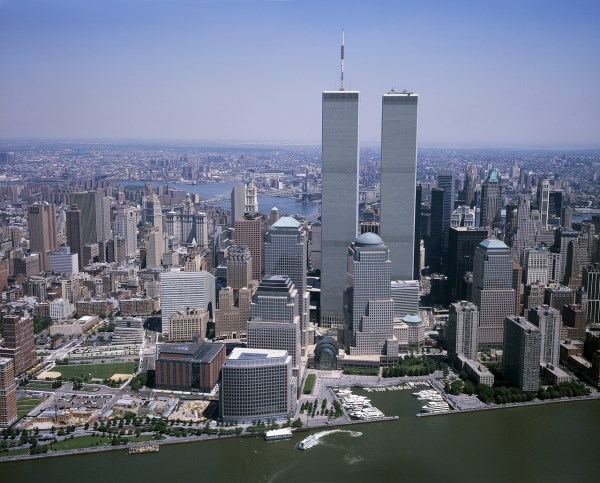 Terry and Linda Jamison are twins who "share one soul," and they claim that they predicted the attacks on the World Trade Center in New York on September 11, 2001 while giving an interview on a morning radio program in 1999. The twins also claim to have predicted several major advances in medical research, including this research study in 2011, as well as advances in Alzheimer's Disease, Wiki-Links leaks, and a number of natural disasters across the globe. 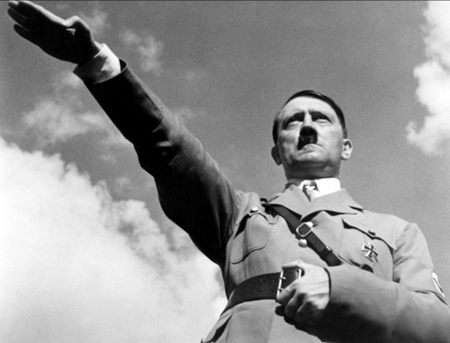 Perhaps the most notable of his predictions are about the three "anti-Christs" who would come to have significant effects on society, as a whole. The first is thought to be about Napoleon, a vicious ruler often called a "butcher" even by his supporters:

"An Emperor shall be born near Italy.
Who shall cost the Empire dear,
They shall say, with what people he keeps company
He shall be found less a Prince than a butcher. "

The second anti-Christ, whom Nostradamus referred to as, "a man stained with murder...the great enemy of the human race...one who was worse than any who had gone before...bloody and inhuman," is thought to be Adolph Hitler:

"Out of the deepest part of the west of Europe,
From poor people a young child shall be born,
Who with his tongue shall seduce many people,
His fame shall increase in the Eastern Kingdom.

Adolf Hitler, who was known to be a skilled public speaker who seduced millions of his countrymen into performing unspeakable acts of hatred, was born in Austria of poor parents. Nostradamus even predicted that Hitler would die alone, and that "The greater part of the battlefield will be against Hister." (Note that he was just one letter off from actually calling Hitler by name).

Some people think that the third anti-Christ is either Saddam Hussein or Osama Bin Laden, since Nostradamus predicted that he would come from the Middle East:

"Out of the country of Greater Arabia
Shall be born a strong master of Mohammed...
He will enter Europe wearing a blue turban.
He will be the terror of mankind.
Never more horror. "

Moreover, Nostradamus discusses events that sound shockingly like the attacks against Americans on September 11, 2001:
The sky will burn at forty-five degrees.
Fire approaches the great new city.

In this phrase, Nostradamus refers to a great city in the new world of America near forty-five degrees latitude. Experts agree this could only be New York.

"The sky will burn at forty-five degrees.
Fire approaches the great new city.
By fire he will destroy their city,
A cold and cruel heart,
Blood will pour,
Mercy to none."