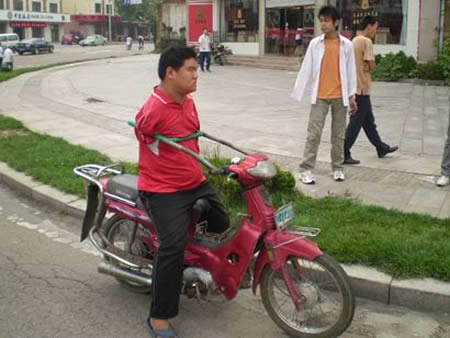 A motorcyclist received a caution from police officers in China - for riding with no arms. Officers in Jimo, Shandong province, stopped the motorcycle for being overloaded - but were shocked when they saw the driver, reports the Qilu Evening Post. Liu, 27, lost both arms at the age of seven after an electric shock. When he was 10, his parents sent him to a local circus to learn skills, and from then on, he trained himself to ride a motorcycle without arms. Liu admitted that he had been riding his adapted motorcycle for 10 years without arms - and he didn't even have a license. He said the circus where he worked had closed down three years ago and he and two other disabled circus workers had been performing on the streets ever since. Police decided against fining him because he didn't have any money but issued him a serious warning. Liu promised them he would not ride motorbikes again. 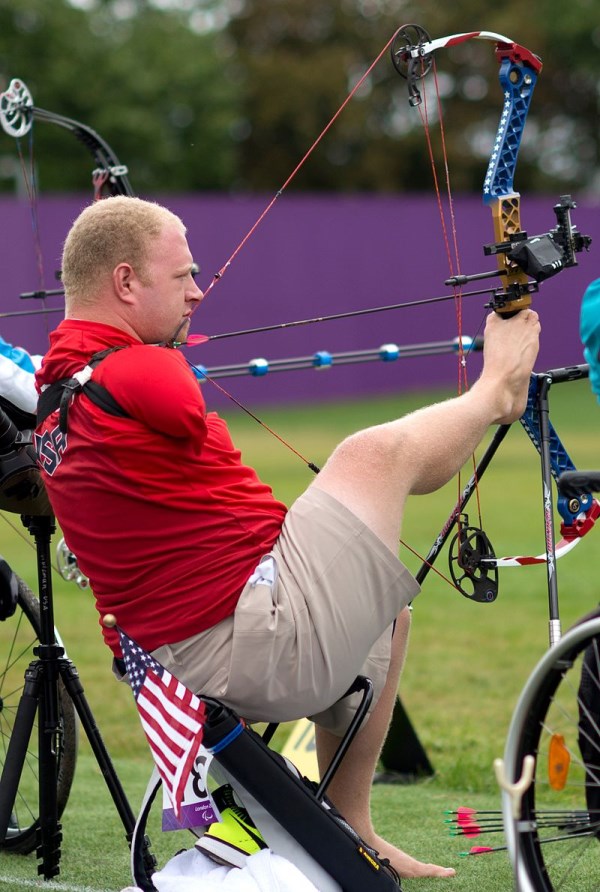 When Mark Stutzman, of Richland, unzipped his bow case and began assembling his compound bow, it drew a lot of attention from some of the other shooters. There is nothing special about Stutzman's bow, case or the tools he uses to put them together with and nothing extra ordinary about his arrows. What was drawing their attention was that Stutzman, 28, was doing all of this - with his feet. Armless from birth and adopted into a family with seven brothers and sisters, Matt has never let his disability slow him down. He does everything with his feet — eat, drive (non-modified vehicles, even stick shifts), write (more legibly than most people), and punch the keys on his cell phone faster than most people with their fingers. He began getting serious about his archery when he was 16.

Shooting in bigger tournaments has meant learning to adjust to people watching him. His normal shooting position is seated in a chair holding the bow with his right foot. He uses a mechanical release attached to a sling around his right shoulder. To pull the trigger, he uses his jaw. When he shoots in tournaments, he doesn't enter as a disabled shooter. He shoots along with everyone else. His average scores are good enough, he said, that he's a contender for the 2012 Olympic team.

3The armless piano player who won China's Got Talent 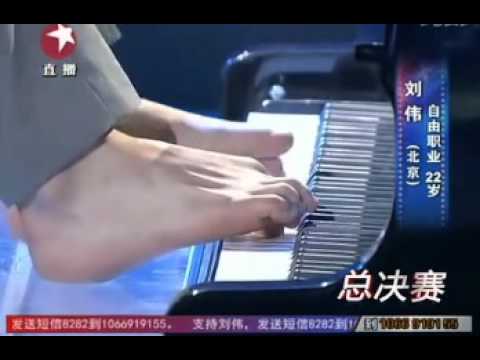 When Liu Wei first hit the stage on China's Got Talent, you could hear a pin drop, and there wasn't a dry eye in the thousand-strong crowd. Armless pianist Liu Wei, winner of China's Got Talent, plays piano with his toes. Sure, Liu Wei started his run on the show by playing a super sad song on the piano called “Mariage D'amour” by Richard Clayderman. But what actually silenced everyone was that Liu Wei didn't have arms…he played the song with his toes. On Oct. 10, 2010, it was announced, to nobody's surprise, that the Beijing prodigy won the competition, earning him a three-week tour in Las Vegas with Iggy favorite Jolin Tsai. Liu Wei lost both of his arms years ago when he was electrocuted during a game of hide and seek. He said playing piano with his feet was hard at first and it gave him cuts and cramps, but he mastered the instrument over time.

After his first performance he told judges with a winning adorable grin: “There's no rule that says piano can only be played with hands.” And if there was, it's officially broken. 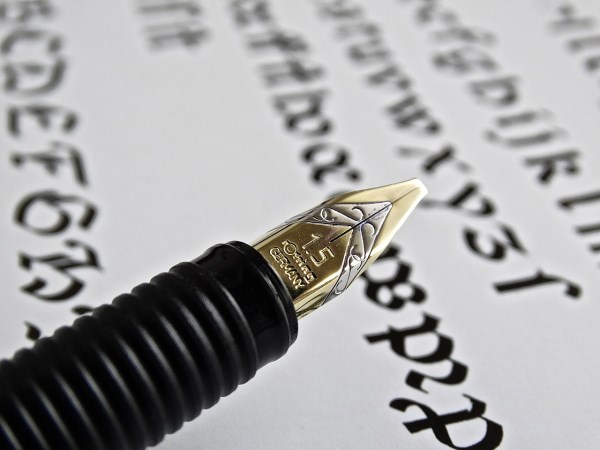 On May 19, 2010, at noon, an amazing scene on the pedestrian bridge walkway in front of the south entrance to Foxconn Corporation, Shenzhen, captured people's eyes. From Shandong province, an optimistic man with no arms used his feet and wrote down some inspirational words in Chinese calligraphy for the Foxconn employees, to advice them not to do any more foolish things – jumping off buildings and committing suicide. During 2010 there were at least 10 consecutive suicides of Foxconn employees. The armless man wrote, “To brothers and sisters of Foxconn, life is priceless, ought to fulfill filial duty, there is always a way out, harmony relies on oneself”. This man's action soon attracted a number of Foxconn employees who were passing by on their way home from work. Many expressed support and appreciation, some stepped forward asking for the inspirational pieces.

The armless man claimed that a few years ago when he was a chef in Beijing, a gas explosion made him severely disabled. After several surgical procedures, luckily he was able to live. But his parents raised him in many difficulties, in order to fulfill his filial duty, and to carry the load for his parents he practiced hard at writing using his feet. His actions not only motivated many people across the country, but also fully paid for his huge medical bills. Recently he was heartbroken when he heard the news on Foxconn employees' ten suicides. He thought these able young bodies should think about the filial responsibility and social responsibility. He hopes they will not do any more foolish things, heaven never seals off all the exits (??????) – there is always a way out. 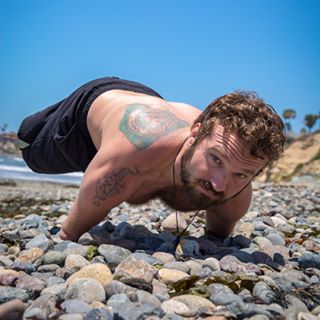 Kyle Maynard is not your average scholar athlete. Kyle was a top wrestler at his high school and also near the top of his class academically. He also attended the University of Georgia. Why talk with him? Kyle is an inspiration to anyone who ever had a challenge to overcome. Kyle was born without elbows or knees - the result of a rare disorder.

Maynard now works as a speaker for the Washington Speaker's Bureau, specializing in motivational speeches. He is also the author of the memoir No Excuses: The True Story of a Congenital Amputee Who Became a Champion in Wrestling and in Life. 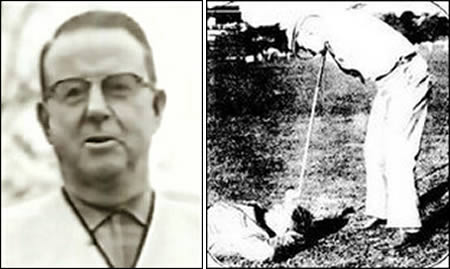 Tommy McAuliffe was the 'World Champion Armless Golfer'. Tommy was born in 1893 in Buffalo, New York, the oldest of five children. His arms were amputated after being run over by a train in 1902. He was left with no arms, not even stumps. He learned to write by holding a pencil in his mouth. He was the president of his senior class, attended three years of college, married in 1919, father of four children and grandfather of 16. He became a caddy at a nearby golf course. Using an old discarded club, he learned to play by holding the club between his neck and shoulder. He became so good he won the caddies tournament. After finishing college, Tommy was encouraged by his brother Walter, a professional golfer, to start his own Vaudeville Act in New York City. His "Trick Shot' act became so popular he traveled to all 48 states, all over Canada and Australia with his show. He did golf exhibitions at major golf courses in the U.S. He knew and played golf with Bobby Jones, Gene Sarazen, Walter Hagan, Chick Evans, Tommy Armour, Jim Barnes, Geo Van Elm and Sports Writer O.B. Keller. His low score for 18 holes was 85. His average was 92. Tommy became the "World Champion Armless Golfer." 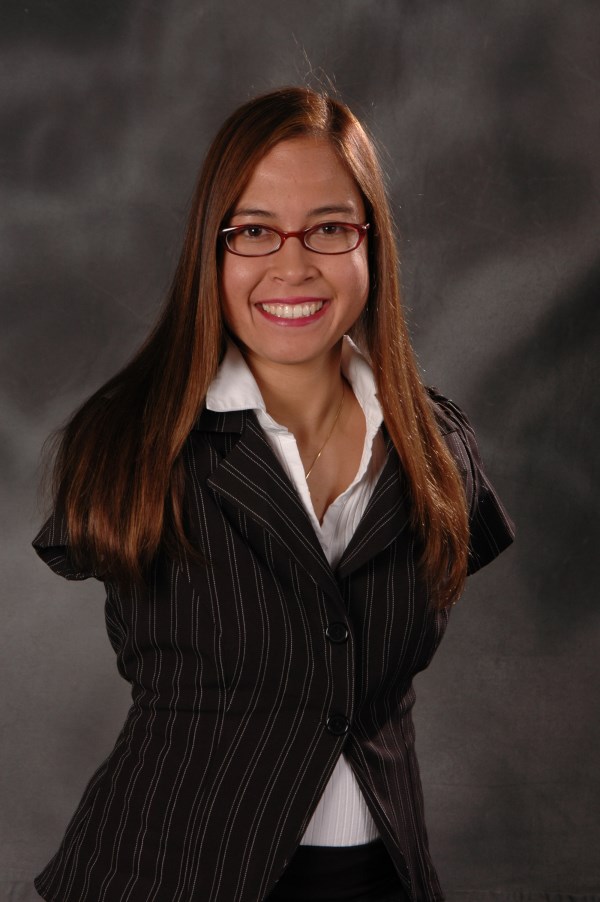 Jessica Cox suffered a rare birth defect and was born without any arms. None of the prenatal tests her mother took showed there was anything wrong with her. And yet she was born with this rare congenital disease, but also with a great spirit. The psychology graduate can write, type, drive a car, brush her hair and talk on her phone by simply using her feet. Ms Cox, from Tuscon, Arizona, USA, is also a former dancer and double black belt in Tai Kwon-Do. She has a no-restrictions driving license, she flies planes and she can type 25 words a minute.

The plane she is flying is called an Ercoupe and it is one of the few airplanes to be made and certified without pedals. Without rudder pedals Jessica is free to use her feet as hands. She took three years instead of the usual six months to complete her lightweight aircraft licence, had three flying instructors and practiced 89 hours of flying, becoming the first pilot with no arms. 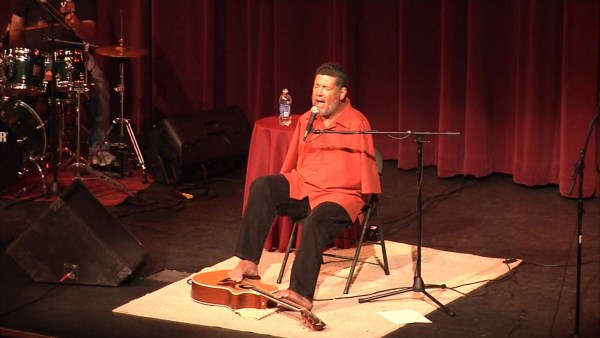 Learning to walk means falling a lot for any child. For Tony Melendez, who was born without arms, it meant falling flat on his face time after time, until he learned to tumble and get back on his feet. That lesson, to keep trying, stuck with him. He wanted to play the guitar, and learned to pluck the strings with his toes. He practiced up to seven hours a day until the result was music. In 1987, when Melendez was 25, he played during Pope John Paul II's visit to Los Angeles, and the pope urged him to “continue giving this hope to all the people.” In response, Melendez has traveled to 40 countries and across the United States as a motivational speaker. 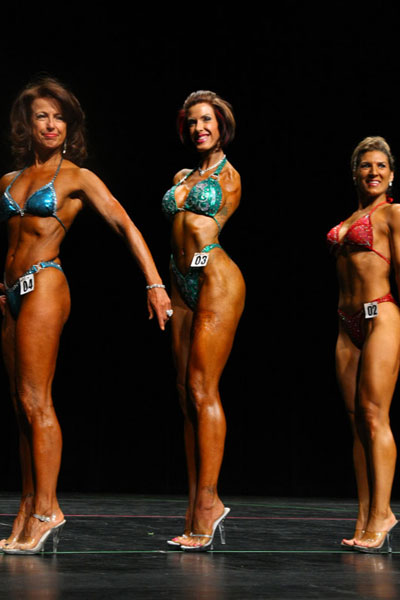 Meet a living inspiration, Barbie Guerra. Barb lost her arms at the age of two in an accident, yet she is a remarkable fitness model. 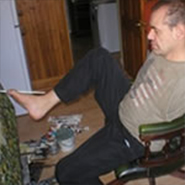 This amazing festive image was painted by an armless thalidomide victim, using his right foot. Peter Longstaff's artwork pieces include flickering candles and another depicts a stag in a magical winter wonderland setting. And as well as teaching himself to paint, the 48-year-old has lived life to the full as a pig farmer, father and youth football coach.

Peter was one of many babies born with deformities in the late 1950s and early 60s when their pregnant mothers were given the drug thalidomide to combat morning sickness.
But as a boy he learned to use his right foot like a right hand and was independent enough to complete main stream schooling growing up on Teesside. Peter said: 'My right foot is like your right hand. I figured out ways of doing things.' He opens doors and turns on light switches standing on one leg, using a mixture of agility and balance. As a teenager he had to endure cruel comments from 'ignorant people' but took it in his stride. His ability to get around between home, studio and sports field is down to an adapted Range Rover, which he steers with a plate under his left foot, but which is otherwise a standard automatic. He was once stopped by a stunned policeman who spotted he had no hands on the wheel - but quickly understood when he opened the door. Peter's artwork was on show at the Royal College of Art in London in 2009.