Every once in a while, Google amuses us with a funny or creative logo to celebrate special dates. Meet some of the most best Google Doodles ever. 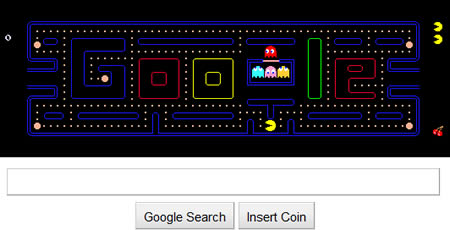 On Friday, 21 May 2010, on the 30th anniversary of the arcade game Pac-Man, Google unveiled worldwide their first interactive logo. Anyone who visited Google could play Pac-Man on the logo, which featured the letters of the word 'Google' on the Pac-Man maze. The logo also mimicked the sounds the original arcade game made. The "I'm Feeling Lucky" button was replaced with an "Insert Coin" button. Pressing this once enabled you to play the Pac-Man logo. Pressing it once more added a second player, Ms. Pac-Man, enabling 2 players to play at once, controlled using the W,A,S,D keys, instead of the arrows as used by Player 1. Pressing it for a third time performed an "I'm Feeling Lucky" search. It was then removed on Sunday, May 23, 2010, initially replacing Pac-Man with the normal logo. Later on that day, Google released a permanent Google Pac-Man site, due to the popular user demand for the playable logo. Probably the best Google Doodle ever. 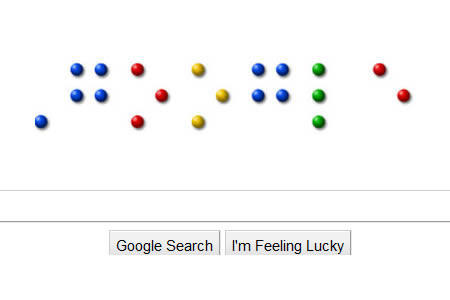 Five blue dots, three red dots, three yellow dots, four blue, three green and two red: yes, it's Google spelled out in Braille. This was issued on 4 January 2006, in celebration of the 197th birthday of Louis Braille, who invented the embossed-point alphabet for blind and visually impaired people. 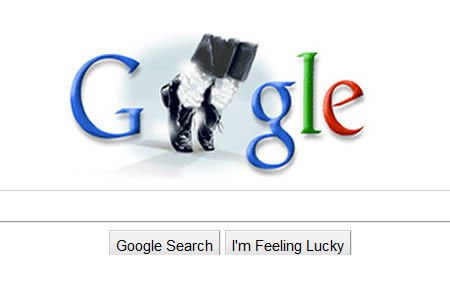 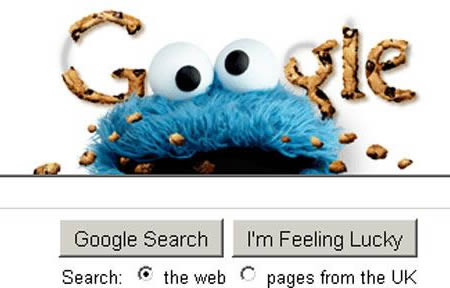 In 2009, Google marked the 40th anniversary of Sesame Street with a new 'doodle' featuring the programme's Cookie Monster. Users of Google in the UK, France and Canada were greeted with the hungry blue character's familiar 'googly eyes' in honour of the programme's four decades on air. 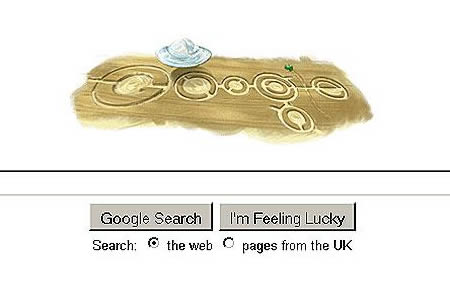 The UFOs in Google's logo were designed to mark the 143rd birthday of author HG Wells. Although Google regularly uses its doodles to mark significant events, anniversaries and notable dates, it usually does so explicitly. This was the first time Google has used a series of mysterious logos to build up to an event, although the search page today shows a new Google doodle to mark Wells' birthday which takes web users straight through to a list of web pages related to the author. 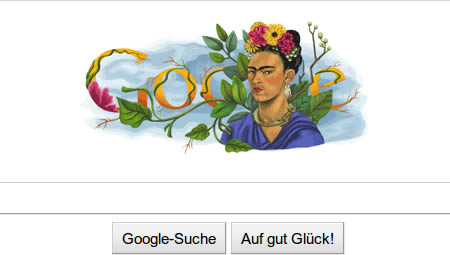 In 2010, Frida Kahlo's 103rd birthday was celebrated with a Google doodle. 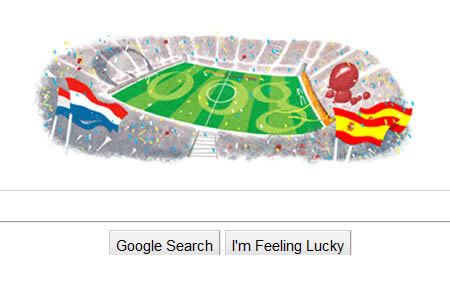 Google's Doodle for world cup 2010 final with the 3 most important elements of that day: Spain, Netherlands and Octopus Paul. 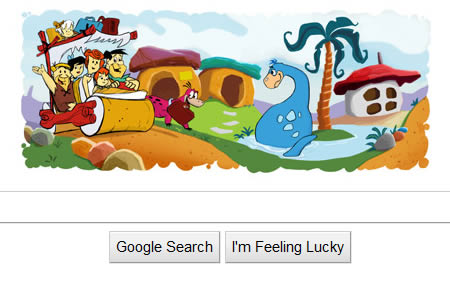 This doodle that appeared online in Sept 2010 was meant to celebrate the 50th anniversary of the Flintstones. 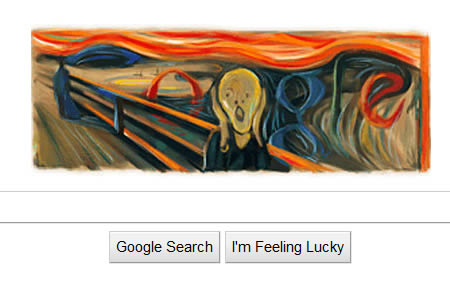 This logo was featured on December 12, 2006 (Edvard Munch's Birthday). Featuring "The Scream," this composition was created by Munch and is said by some to symbolize the human species overwhelmed by an attack of existential angst. 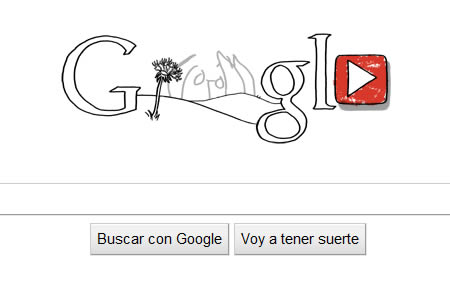 On Saturday, October 9, 2010, to mark what would have been the day before the 70th birthday of John Lennon, a 32-second "Video doodle" appeared on the google homepage. The "E" of google was shaped like a play button. The video was a simple animation that was accompanied by Lennon's song "Imagine." 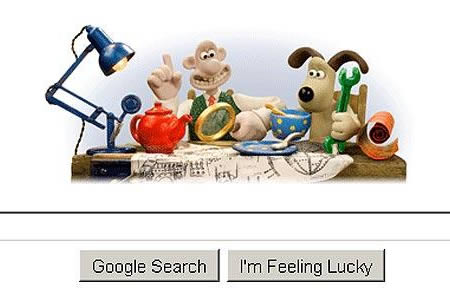 20th anniversary of the Wallace and Gromit Characters. 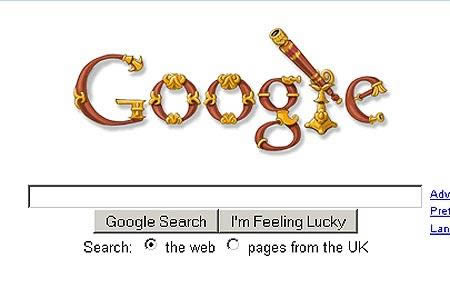 Google unveiled this logo to celebrate the 400th anniversary since Galileo Galilei, the Italian astronomer, showed Venetian merchants his new creation, a telescope. 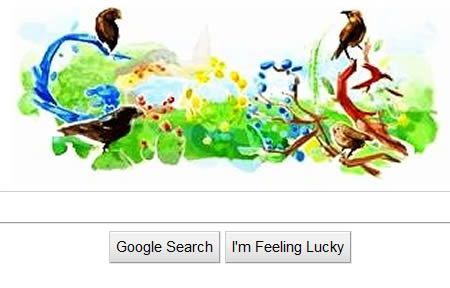 Google's Doodle for Charles Darwin's 200th Birthday, in celebration of the discoveries and life of Charles Darwin, the scientist and naturalist who first described biological evolution via natural selection. 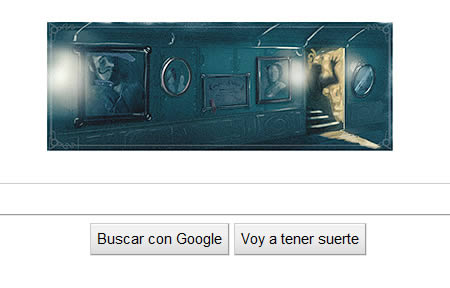 The 213th anniversary of the birth of Mary Shelley, the British author of Frankenstein, was marked by a very unusual Google doodle of a darkened room with ghostly portraits on the wall and a shadowy figure in a doorway. 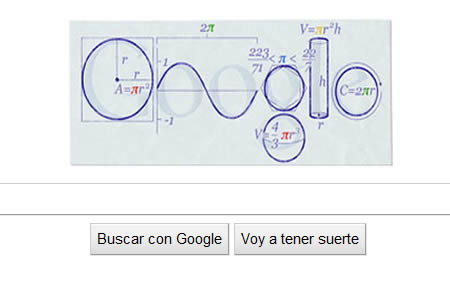 On March 2010, the Pi Day, 3.14 was celebrated by math nerds and Google, worldwide. Having been conspicuously missing from Google's ever-growing repertoire of special-event doodles for years, Google finally relented and unleashed its inner nerd, not that it tried to hide it too hard in the past. And, perhaps to make up for all the years it skipped, Google went all out this time and showed off six common uses of the famous number. The Pi Day Google logo starts off with the formula everyone knows (?) for the area of a circle A = ?r2, but goes on with some more advanced stuff. The two 'os' in Google are used to represent the sin(x) function over a 2? period. 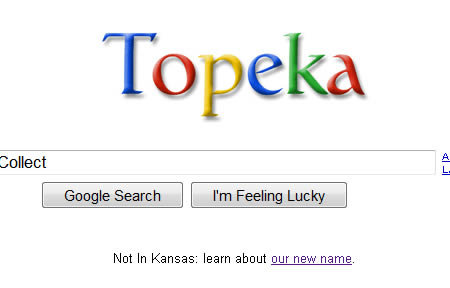 On Thursday, April 1, 2010, Google jokingly changed their name (and logo) to "Topeka" for a day in response to the city of Topeka; Topeka, Kansas, had unofficially changed its name to Google for the previous month.