With its slick metallic surfaces and geometric angles, this is the gas station of the future. A design firm of Boston has created this unique gas station. It has also been said that this awesome gas station is built using solar arrays along with several other recycling materials. Most of the materials used for building are eco-friendly.

This incredible installation was made by crochet artist Jennifer Marsh. The artist revealed her crochet covered gas station on May 5th, 2007 as part of her World Reclamation Art Project. The abandoned gas station in Syracuse, NY, was covered in 3x3 foot squares from fiber artists all around the world in order to bring attention to the world's dependence on oil. 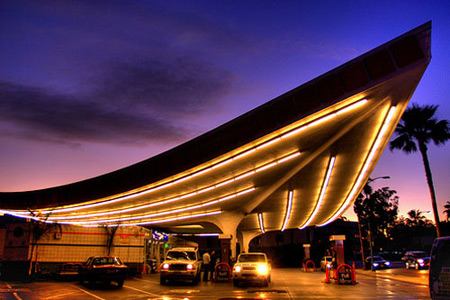 The Jack Colker Union 96 gas station on Crescent Drive in Beverly Hills, California has a roof that looks like it was designed for some other kind of building – and it was. The curved, triangular structure was originally meant to be a part of the LAX airport, but when it wasn't needed, it was installed at the gas station. 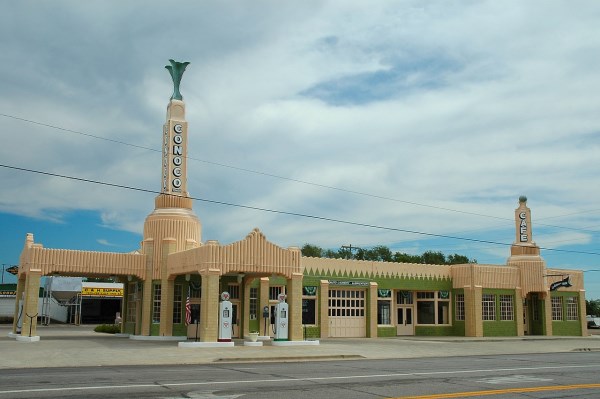 Restored by the city of Shamrock, the magnificent art-deco “Tower” Conoco Station in Shamrock, Texas looks exactly as it did during its heyday, complete with the U Drop Inn Café signage at the right side of the photo. Sadly, the old station no longer sells gas or food; it's now the Chamber of Commerce building for the city of Shamrock. 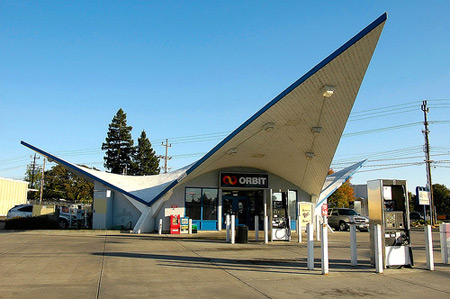 The Vintage Orbit gas station in Sacramento, California, is another example of 'Googie' architecture. Its unusual shape makes it look like some sort of alien aircraft that just landed. 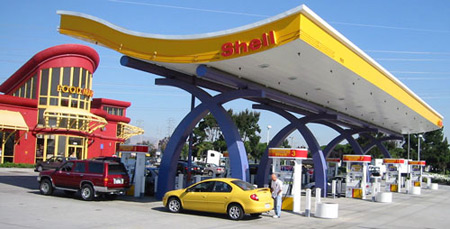 This curvilinear gas station is located in Fremont, California. 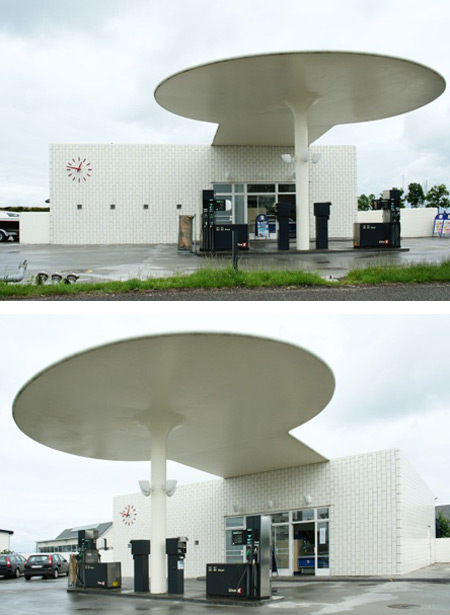 This is a beautiful minimalist gas station design in Copenhagen, Denmark. Designed by Arne Jacobsen in 1937, this gas station is still functioning - and still gorgeous -–after all these years. 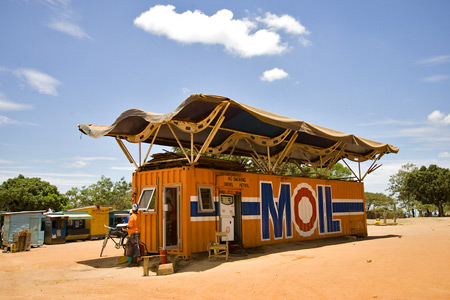 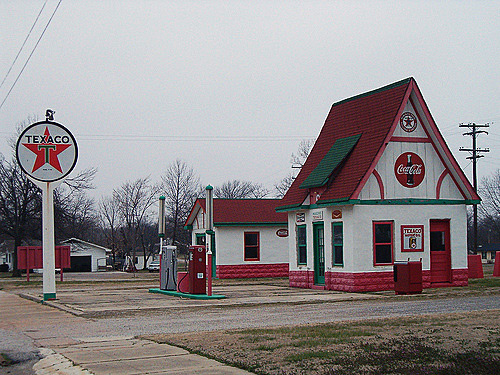 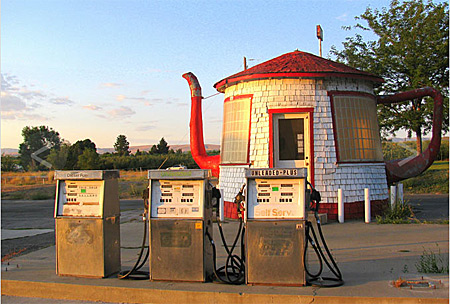 This little cute gas station was built in 1922, intended to be a reminder of the Teapot Dome Scandal involving President Warren G. Harding and a federal petroleum reserve in Wyoming. The scandal rocked the presidency of Harding and sent Interior Secretary Albert Fall to prison for his role in leasing government oil reserves. The building has a circular frame with a conical roof, sheet metal “handle,” and a concrete “spout.” Said to be the oldest gas station in use in the country, it survived partially because it was moved years ago, to be closer to the interstate. It is no longer in operation. Designed by Jack Ainsworth.