Our streets are in no particular order, because grades vary slightly from source to source. They have almost all been, at one point or another, called "the steepest street in the world." 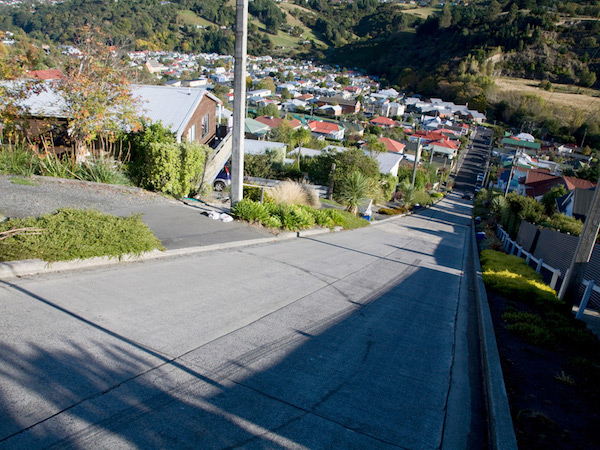 Residents of Dunedin, New Zealand's Baldwin Street grind their way up a 35% slope to get home each day—the street has been christened "the world's steepest residential street" by Guinness World Records.

As with many other parts of Dunedin, streets were laid out in a grid pattern by mid-19th-century planners who were unaware of, or unconcerned with, the terrain. Since then, residents must dodge tourists daily, with the latter relieving themselves in their yards! In 2016, the town finally had a public toilet installed at the foot of the street to handle the throngs of travelers. 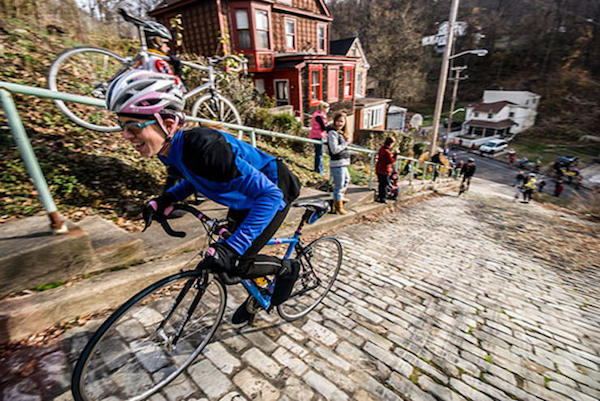 Canton Avenue in Pittsburgh is a "take-no-prisoners" street with a 37% grade and a bike race that's not for the weak of heart. This cobblestone beast is on the route of the Dirty Dozen bicycle race, where, since 1983, bike nuts have subjected themselves to a 50-mile ride that hits the 13 steepest climbs in a city not known for being flat. The goal for the 200+ riders that compete each year? To finish, not to win—and some need seven hours to do even that. 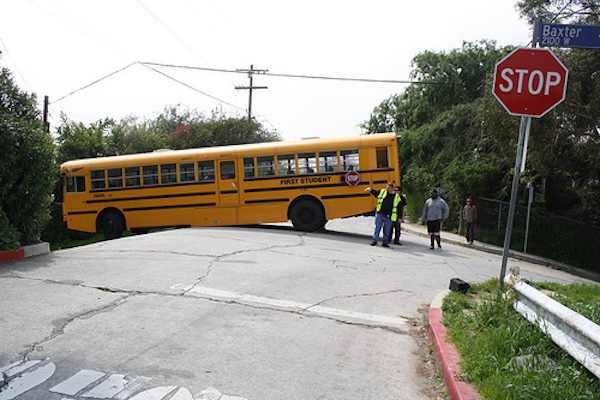 Baxter Street in Los Angeles is so steep that buses and other long vehicles, often get stuck at the top! It is not the steepest street in Los Angeles—that distinction goes to Eldred Street—but it's not just steep going up, it's the same steepness going down.

The street slopes at a 32% grade. At the apex, there is no stop sign—there is no moment to collect yourself. No—your goal is just to barrel through and hope for the best.

The city built the street in 1872. It made an on-screen cameo in the derby race episode of Little Rascals in the 1930s, and car manufacturers sent new models up its slopes to show how powerful their new engines were. But more recently, Baxter set the stage for legendary skateboarder Nuge's insane hill bomb. Watch below! 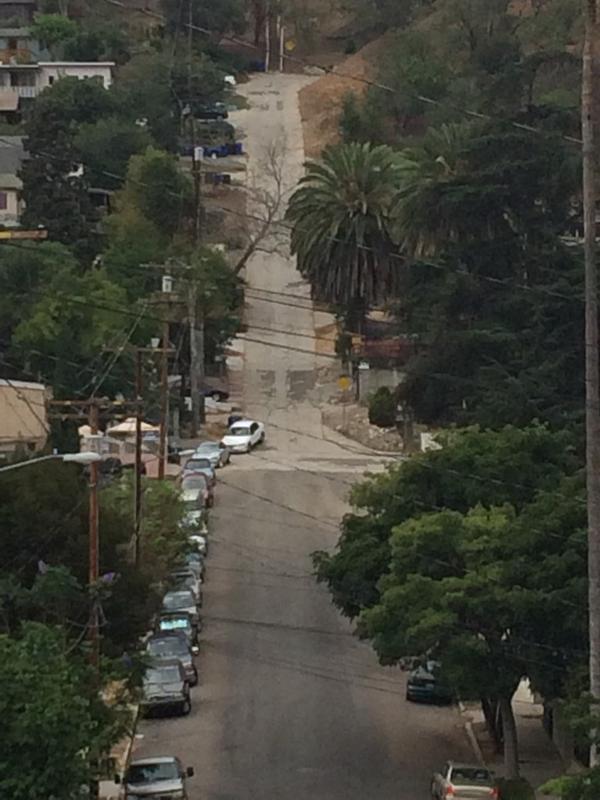 LA's Eldred Street gains 219 feet in elevation as it climbs a stomach-clutching 33% grade between Avenue 50 and Cross Avenue on the side of Mt. Washington.

Because the street is so precipitous, scaled-down garbage trucks are assigned to work Eldred and have to back up the steep incline before inching their way down to pick up trash, so they won't tip over when they try to turn around at the top. Letter carriers have given up on house-to-house deliveries—mail is now distributed in group mailboxes at the base of the hill. And, at the end of the street, a rickety wooden stairway connects its dead end with Cross Avenue farther up the hill. Whew—what a workout!

The street was created in 1912 and named for Delos W. Eldred, who owned the property there around the turn of the 20th century. Since the 1950s, the city has limited street grades to about 15%. 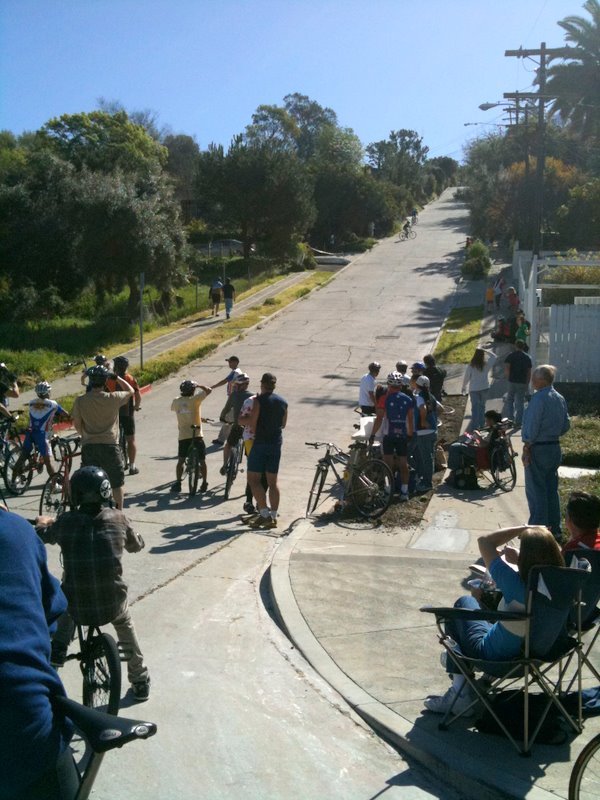 Fargo Street, located in Echo Park, is the steepest hill in Los Angeles, and one of the steepest streets in the U.S. It has been measured at a 33% grade by city engineers. The street, like Pittsburgh's Canton Avenue, is also home to a grueling bike ride. Since 1974, the Los Angeles Wheelmen Club has sponsored an annual springtime ride on the ascent. According to the organization, the reward for making it to the top is "bragging rights and a handsome commemorative Fargo Street patch." 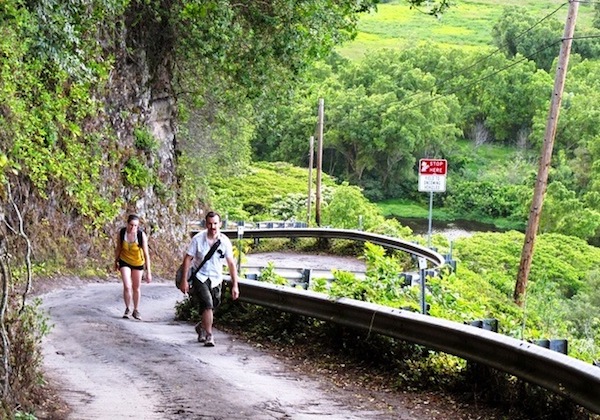 Waipio Valley Road, located in the Hamakua District of the Big Island of Hawaii, is the steepest road of its length in the world, reaching 250 meters from the Waipio Valley to the plateau situated just 1 kilometer above. The average grade is 25%, and the peak grade reaches 40%, making the road steeper than the Baldwin Street and Canton Avenue. The road is so precipitous it's open only to 4-wheel drive vehicles, hikers and cyclists. 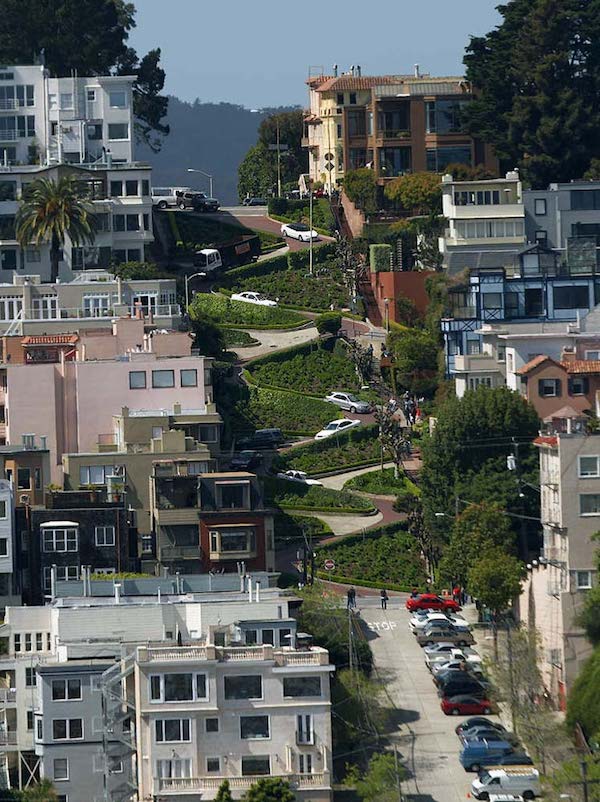 San Francisco's Lombard Street has been dubbed the “Crookedest Street in the World,” by Guinness, but it is also one of the steepest.
The street wasn't known to tourists until the late 1950s when it was featured in a news article.

The block of Lombard between Hyde and Leavenworth Streets began as a straight, cobblestone street with a 27% grade. Cars weren't allowed, as city planners believed the street to be too steep to handle any. In 1922, residents helped create a plan involving a series of eight sharp turns to make it more manageable. Now, around one million cars drive down it every year. 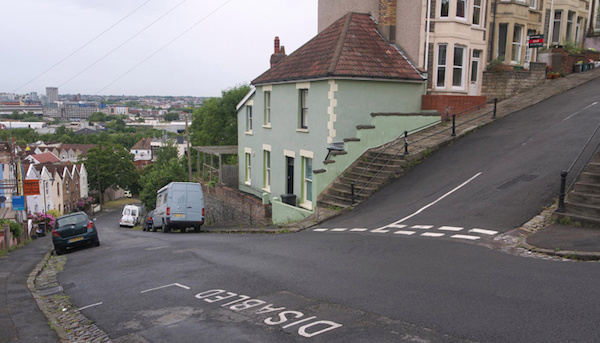 U.K. cyclists looking for a real challenge should head to Bristol where they'll find Vale Street, located in the suburb of Totterdown. It is the steepest street in Britain, with a shocking 22% grade and is home to Totterdown's annual Easter egg roll. Bristolians gather on Easter Sunday to see who can roll an egg down the street the furthest before it breaks.