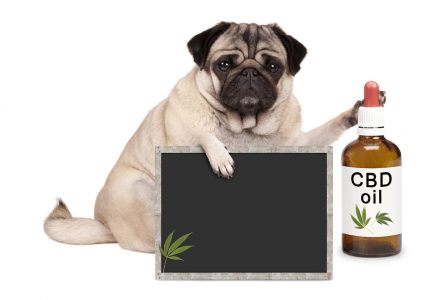 According to the National Institute on Drug Abuse, more than 130 people in America die every day because of an opioid overdose. Misuse of and addiction to opioids, be it prescription pain relievers, heroin, or synthetic opioids like fentanyl is a serious problem for the U.S. that affects public health and social and economic welfare.

How Opiates Affect the Body

Opiates are used to treat pain, but they also activate the brain’s reward pathways because they increase pleasure and sense of euphoria. Over time, users build a tolerance to the drug, meaning they need more of it to achieve the same feeling again and again. That’s where it gets dangerous.

When users try to quit or when they run out of their prescription, they may experience withdrawal symptoms, which range from anxiety and mild irritability to heightened pain sensitivity. It can become so intense that it requires inpatient medical detox.

To avoid the pain and discomfort of withdrawal, they may take more even though they want to stop, creating a vicious cycle that is hard to beat.

States that allow for medical cannabis use have 24% fewer deaths by opioid overdose than states that do not, but for states where it is still illegal, research shows that using CBD can help patients who are recovering from an opioid addiction deal with the withdrawal symptoms.

According to a study published in the American Journal of Psychiatry, when CBD was administered to patients with heroin addiction, they not only had fewer cravings for the drug but also reduced levels of anxiety. Medications that dampen the craving greatly reduce the risk of relapse and overdose.

Currently, available medications used to treat opioid addiction, buprenorphine and methadone act similar to CBD in that they help to reduce cravings. However, the National Institute on Drug Abuse says that only ? of patients with opioid dependence in private rehabilitation centers receive these kinds of medication. The 2016 surgeon general’s report on addiction indicated that only one in five people who needed treatment for opioid addiction was receiving any kind of therapy.

In the study, participants had used heroin for an average of 13 years, with the majority of them having gone less than one month without using, and they were not using either methadone or buprenorphine.

Participants were either given 800 milligrams of CBD, 400 milligrams of CBD, or a placebo. They were dosed daily once a day for three consecutive days, then followed for two weeks with several sessions. During those sessions, participants saw images or videos of drug use and paraphernalia or scenes of nature. Then, they were asked to rate their craving and anxiety levels.

One week after the last administration of CBD, those who’d been given CBD had a two to a three-fold reduction in cravings as compared to the placebo group, and there was an insignificant difference between the two CBD groups. This tells us that more CBD is not always better, so you should always go for the least amount required to achieve the desired benefit.

In the study, they also measured heart rate and cortisol levels. Cortisol, also known as the stress hormone, and heart rate were significantly lower in those who had not received CBD.

Researchers used the first FDA-approved cannabis medication for their CBD because they knew the exact concentration of CBD and other ingredients. Participants reported mild diarrhea, headache, and tiredness.

In another study, this one published in the American Journal on Addictions, using cannabis to support people trying to quit opiates.

Though more research is needed, it’s also worth mentioning that CBD not only helps reduce the cue/craving cycle and anxiety but also helps treat the pain and inflammation that often leads to opiate use in the first place.

Because CBD may provide relief for a cross-section of symptoms such as chronic pain, anxiety and mood disorders, that could lead people to use opioids, using the best CBD oil for pain can help people manage their conditions without getting them high or addicted. CBD may be able to fight addiction because it addresses every stage of the opioid addiction cycle.

CBD reduces inflammation and anxiety, while also influencing neurotransmitters and neuroreceptors in the brain. Traditional opiate addiction treatment generally includes opioid replacement therapy, or ORT, which involves using more opioids like methadone or suboxone. Suboxone can help wean off of strong opiates, but it too can be addictive.

A paper published in Trends in Neuroscience shows that CBD reduces heroin cravings and may even restore the neurobiological damage of opioid abuse. In this and several other studies, CBD has been shown to directly interact with serotonin and dopamine receptors in the brain. Both are damaged with opioid abuse and limit the brain’s ability to process physical, emotional, and psychological actions.

There is plenty enough evidence to support further study of CBD and opioid withdrawal, though it will be a while before we have full-scale clinical trials. Because CBD products are largely unregulated, it’s important to do your research before making a purchase.

And even when you find the high-quality CBD oil you’re looking for, it may take a bit to get the dose right for your needs. Every person is different and their endocannabinoid system will respond differently to the CBD. This means starting with a small dose and gradually increasing it until you achieve the desired effect. It also means starting the process over again if you decide to switch from a sublingual oil to a gummy or vape because delivery methods affect dosing.

And if you switch from one brand to another, you’ll also have to experiment. When you find something that works, stick with it – brand, delivery method, and concentration of CBD.