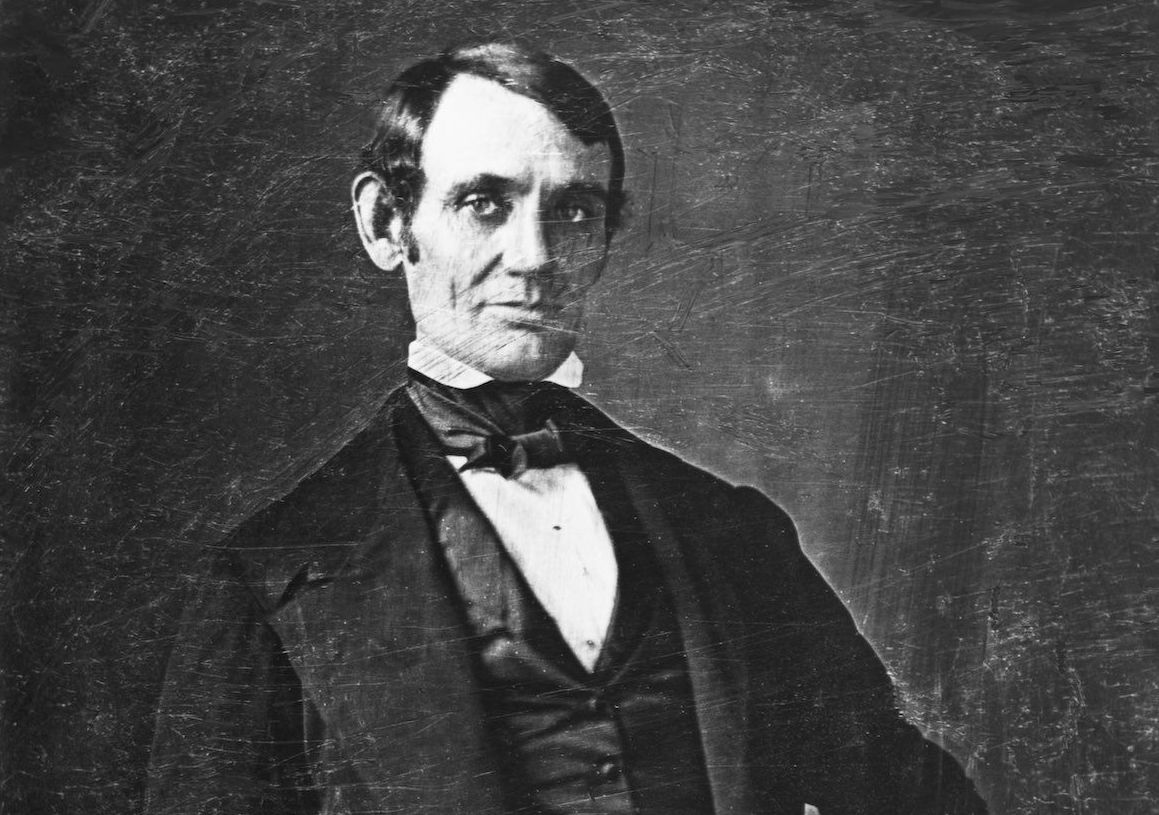 Abraham Lincoln may be the most famous of all of our presidents. George Washington could perhaps give Lincoln a run for his money in that regard, but Lincoln, unlike Washington, was born into very poor circumstances in the frontier of Kentucky, where life could be both harsh and perilous.

Asked much later to write an autobiographical statement for a political campaign, Lincoln described his early formal education as consisting of about one year in total. He never attended an academy or college as a student. Writing about himself in the third person, Lincoln stated that “what he has in the way of education, he has picked up.”

A farmer’s son, Lincoln attended the one-room log school near his family’s farm for intermittent periods of time that totaled no more than four or five months during the five years the Lincolns lived on the farm. The school was known as a “subscription school” because the students’ parents were required to provide a stipend, and, at times, room and board for the teacher. These schools were also known as “blab schools” because the teachers would encourage students to read and recite aloud.

Spelling was also an important subject in the limited curriculum, and students were taught to read and recite passages from the Bible. Because the students were needed on their family farms during the planting and harvesting seasons, the frontier schools were often closed for extended periods of time.

In 1816, when Lincoln was seven years old, his family moved from Kentucky to Indiana. The move was prompted in part by the Lincolns’ opposition to slavery, which was permitted in Kentucky but not in Indiana, and by Indiana’s land laws, which were more protective of property owners’ rights. The Lincolns lived in Indiana for the next 14 years, a formative time for the future president, who grew to six feet, four inches, with a strong physique that helped him stand out in the area’s frontier communities.

Young Abe also developed an insatiable thirst for learning, devouring books on a wide variety of topics. A number of his contemporaries at that time recalled his persistence at educating himself, and they remembered that he would most often be seen with a book in hand and that his favorite reading position was on his back, with his long legs propped up against a tree for hours at a time.

Contemporaries also commented that Lincoln’s reading choices were wide-ranging, from literary classics such as Robinson Crusoe and The Arabian Nights to textbooks on elocution, grammar, and spelling. Lincoln’s cousin, Dennis Hanks, commented that Lincoln “was a constant and I may say stubborn reader.” The author of a biography about Lincoln, Ronald C. White, Jr., writes that “[e]ach book that Lincoln read by the fireplace in Indiana became a log in the foundation of the schoolhouse of his mind.”

20 Facts About Abraham Lincoln (And His Family)

Time and again as Lincoln encountered new acquaintances, including after his family moved from Indiana to Illinois, people underestimated him: “He was ungainly, he was penniless, he was uneducated, he was poorly and eccentrically dressed, and he was notably unhandsome. Those who met him at first assumed him to be another ordinary backwoods Hoosier lad. But then they were startled to encounter an intelligence they had not suspected.”

This initial underestimation would be repeated many times in Lincoln’s life, as his talents and intelligence were often hidden by Lincoln’s plain mode of dress and his Midwestern reserve. But the country as a whole would eventually come to know his brilliance, political and otherwise, as it was tested during the crucible of the Civil War.