How are you spending lockdown? The most popular choices for many are baking, DIY, spring cleaning and of course gardening. 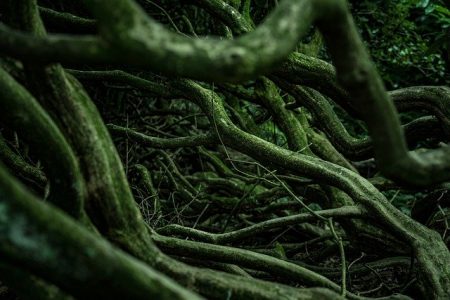 Even those with absolutely no interest in their yards have now started to do work among the greenery as we desperately seek something to do while confined to our homes. Konservatory has reported a huge surge in interest in anything garden related since April.

But with so many novice gardeners around the world envisioning the grandeur of their gardens, there is also an added worry that someone could make a huge mistake. Some of us meticulously plan our gardens, looking at shady areas, the type of soil we have and the climate we live in.

On the other hand, a lot of us simply grab the ‘prettiest’ plants we can and hope for the best. But with garden centers closed, some are turning to the local flora in parks and woods for inspiration and a garden guide.

But what happens if we don’t have great knowledge about plants and we decide to take cuttings from any plant we see with an aesthetic appeal? The result could literally be deadly. Here are some of the deadliest plants on the planet and a guide on how they will kill you if you weren’t already worried about your health!

The more common name is hemlock, you probably have heard of this plant before but did you know how toxic it is? The toxicity of this plant has been recorded as far back as ancient Greece and was used to execute people!

Most famously, the Greek philosopher Socrates was executed using this method and it wasn’t a painless death at all. Just a small hand full of the leaves and even less of the seeds or roots, if ingested, cause paralysis.

This starts off in your legs and slowly creeps up the body, eventually reaching your respiratory system and killing you, slowly and painfully.

Other variations of hemlock, such as water hemlock, will give you an even worse send-off, nausea, kidney failure and seizures are just some of the symptoms you could experience before your death.

It is reported this plant can kill cattle in less than fifteen minutes and considering their size, it’s unlikely any human will have time to reach a hospital before they can receive treatment!

You may know this as oleander and you may have seen this in many gardens previously. This plant has a beautiful pinkish flower and flourishes in even the harshest conditions which makes it a desirable bit of flora, especially in southern and western states.

Well, you may be shocked to know this is one of the deadliest plants on this list. Despite these even being spotted in schools and children’s parks, if you or your little ones decide to have a chew on the flower or leaves and tempting looking fruit, you are also ingesting cardiac glycosides.

This chemical can cause immediate cardiac arrest if ingested unsystematically.

Made famous by its common name wolfsbane in the Lord of The Rings trilogy. While it may be safe for a hobbit, it is definitely not advised to use to treat yourself for any wounds.

The poison from this plant was used for centuries to make poison-tipped arrows for hunting and war. Cardiotoxins and aconitine neurotoxins in wolfsbane can lead to motor weakness, heart and lung paralysis and gastrointestinal complications if accidentally ingested.

Also known as snakeroot, a rather pretty little wildflower but also one of the deadliest. While cattle can consume this with no trouble, we are a very different matter.

The toxin, known as tremetol, in snakeroot is so poisonous that we don’t even have to consume it directly to be killed. Drinking the milk of a cow that has been happily grazing on this unsuspecting killer can lead to internal troubles so bad it can cause death.

The early 19th Century saw an increase in this and ‘milk sickness’ led to thousands of deaths, including Nancy Hanks Lincoln, Abraham Lincoln’s mother.

Or angel’s trumpet gets its name from the shape of its beautiful protruding flowers. Said to represent the trumpets blown by the angels who welcome your arrival to heaven.

Your arrival may be sooner than anticipated if you decide to have a nibble on these flowers. Ingesting its high levels of scopolamine and atropine is often fatal.

A much easier name to pronounce is dumbcane. The cells of this plant are made up of tiny, microscopic crystals that take the same shape as a needle that contains calcium oxalate.

If you chew this plant, these tiny needles enter into our cheeks and tongue and latch on. Usually, this causes irritation to your mouth and lots of drooling due to swelling but there have been far worse cases recorded.

Tongues have been known to swell so much that they block the airways of the victim, suffocating them until death.

Thankfully this plant is native to Indonesia so hopefully, you won’t come across it any time soon. Also known as crab’s eye or rosary pea, this plant produces little red beads that are often used in traditional instruments or worn as jewelry.

You’ve guessed it, those beads are toxic. Just one seed, which contains abrin, is enough to destroy the molecules in your body that produce proteins. It can be fatal but for those who survive, it can lead to huge medical difficulties in life.

You have probably heard of the castor oil plant, it’s a prevalent choice when it comes to landscaping and leveling gardens and it is a world record holder.

That world record is for the world’s most poisonous plant. The seeds contain ricin. Ingesting just a few of these seeds will cause you the most ghastly abdominal pain in the first 36 hours, this then turns into bloody diarrhoea and if left untreated, you could be dead within 3 days.

So if you are thinking of having a change in your garden and think it’s ok to choose any plant, spare a thought for any small children or pets who may like to nibble on your foliage. All the plants flower beautifully but hold a deadly secret…