No one’s cup runneth over with empathy for the hardships that come with celebrity. Constant paparazzi and public scrutiny are a small tradeoff for wealth, fame, and the ease of living that comes with winning the capitalist game. But the constant publicity tours–interviews, press jags, talk shows–looks miserable to endure. Celebrities always need fresh content for the press. They tell stories and reveal cute facts about themselves to get us commoners, to identify with them, and see their movies and shows. Here are five celebrities with some of the weirdest collections. 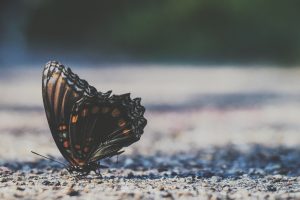 Finding weird things in common with the person you just started dating is an oasis in the barren wasteland of modern dating. So much so, that when Anna Faris first went to Chris Pratt’s apartment and saw he had a dead bug collection just like hers, she started crying. During their long relationships, both gushed about how they found their life-partner. Ultimately, untrue. But they were together for eight years in Hollywood, which is like 32 years for the rest of us. 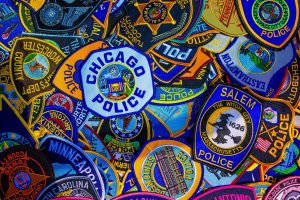 Aykroyd’s one of those celebrities who has peacefully faded from the public eye as he’s matured. He opts for tasteful cameos, hawking booze, and sitcom guest appearances in his golden years. Aykroyd also, according to his Facebook page, enjoys collecting old police badges. Back in 2012, he posted about how people give them to him. His favorites are from before 1950, “California Sheriff’s Rose Gold Stars.”

Is Hanks secretly a hipster? He collects typewriters and wrote about his love for them in a New York Times article back in 2013. Hanks writes daily correspondence, thank-you notes, and rough drafts on a typewriter. If he were 40 years younger, it’d inspire an eye roll from me, but because he’s Tom Hanks, it just adds to his charm. He also wants to get the younger generations hooked on the clickety-clack of the typewriter keys. So, he’s made an app, Hanx Writer, which provides a typewriter keyboard and sound effects for all your tablet & phone document apps. He’s such a treasure.

Twice on Conan’s late-night show, Seyfried’s talked about her taxidermy collection. Because of the hassle and expense of owning live horses, she’s opted for dead animals to keep her company at home. She’s got some remarkable pieces in her collection, including a fox, a goat, and a miniature horse. Conan himself gifted her a raccoon wearing a rocket pack who Seyfried named in honor of the host. Anyone else and I’d call BS that the collection was just an affectation to seem “quirky” in Hollywood. But Seyfried, queen of our hearts since Veronica Mars and Mean Girls, seems like a cool girl into some weird stuff.

Okay, so being a Trekkie isn’t weird, and it’s not surprising that Stiller’s a nerd. He’s worked an Original Series reference into almost all his movies. His film company, Red Hour Films, is a reference to an episode title from the original Star Trek series. It’s one piece in his collection of Star Trek stuff that’s super-weird–signed Spock ears. Leonard Nimoy learned Stiller was a fan and sent him a pair of ears from the very first Star Trek movie. Rolling Stone interviewed him in 2009 about his love of Star Trek and what drew him into the show. Like most other fans, it was humanity in the writing, plus he identified with Shatner in the role of Captain Kirk.