Whether you prefer it melted over hot toast, stirred into freshly boiled pasta, or dripping down the sides of a tall stack of pancakes, butter is one of the most versatile staples very few of us could live without.

More than a mere complement to our favorite carbs, butter has been a mainstay of diets across the world for thousands of years — and along the way, it has built up a fascinatingly diverse repertoire of uses. Read some of our favorites below. 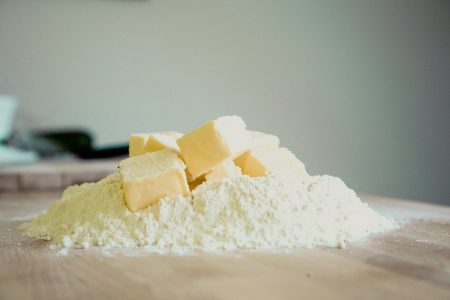 If you’re a cat owner, you might have come across this puzzling suggestion before: spreading a small dab of butter on the cat’s paws.

Somewhat surprisingly, there are multiple reasons why cat owners might choose to butter up Felix’s digits. It can be used as a solution for stressful situations — such as moving to a new house. The idea is that they will be so distracted by the tasty residue on their toes that they won’t notice the chaos around them. What’s more, it can help remove the scent of their old home, and prevent them from running away in search of more familiar ground.

The practice is a little outdated, and probably more hassle than it’s worth. Personally, we don’t think there’s enough butter in the world to make a house move enjoyable.

Back in the late 1960s, when scratch cards were first introduced to grocery stores across the US, the design of the scratch-off coating began with a few teething problems. Players struggled to remove the waxy substance, and often resorted to dipping a handkerchief or rag into melted butter and rubbing until their prize was finally revealed.

Fortunately, for our pantries, this process has long been replaced by the ability to enjoy some of the best scratch cards online instead. Butter and technology? Not such a good mix.

3. A Staple in Ancient Medicine Cabinets

According to historians, the Ancient Romans weren’t fans of consuming butter — by contrast, they preferred to top their bread with olive oil. Butter was instead seen as a useful tool for helping to soothe and heal wounds.

Using butter to treat burns was common until fairly recently, but it is definitely not recommended.

Even with the best will — and cheese parchment — in the world, all too often the fridge-life of our Cheddar and Cantal can be cut short by dry edges and mold. An old trick for preserving cheeses for longer was to rub the edge with a little butter after it has been sliced. 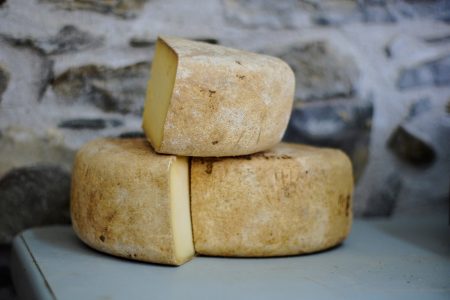 The high levels of fat in butter are excellent for forming a ‘protective’ barrier to avoid dryness — and, since fat makes it much more difficult for mold to grow, the butter also prevents cheese from perishing before its time.

The trick went out of fashion when refrigerators found their way into our homes but, if your smorgasbords and fondues are routinely suffering, a dab of butter is worth a shot.

Using butter in lieu of any genuine, non-edible shaving cream was once featured in an episode of Seinfeld. While it may provide you with a good, smooth surface to work with — and plenty of moisture for soft, supple skin — we can’t promise that you won’t smell like popcorn for the rest of the day.

Remarkably, there’s plenty more we could say about butter — from the medicine cabinet to the weekly scratch card, butter offers far more uses than we give it credit for. From humble beginnings to the pages of history, consider some of its many talents next time you’re readying your toast.