The odds of scoring a role in a single movie or TV show are tiny. You stand a better chance of winning the lottery than finding consistent work as an actor, let alone fame. So it’s not surprising some of our favorite screen actors went on to traditional jobs post-fame. 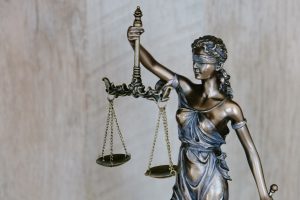 Korsmo was the quintessential “kid” in 90s films (Dick Tracy, Hook), but like most child-actors, he struggled to find work post-puberty. The kid’s no slouch though–he earned a physics degree from MIT and a law degree from Yale. After passing the Bar, he became a law professor.

Vitar earned early fame for his role in the incomparable baseball movie, The Sandlot, as Benny the Jet. He got parts in the Mighty Ducks sequels, NYPD Blue, and Chicago Hope. Something about acting in shows about the boys in blue must have got under Vitar’s skin. He joined the LA Fire Department after retiring from acting.

Despite the instant success of the Mighty Morphin Power Rangers, the show wrote out three characters before the second season for pay disputes. St. John, the Red Ranger, among them. He worked as a paramedic in Washington D.C. before retiring to the comic book convention circuit.

After leaving Van Halen, Roth would ride-along in ambulances to 911 calls to become a licensed EMT in New York. He ended up reuniting with Van Halen for their 2007 tour, but he told The Guardian in 2012, “I probably have over 200 911 calls on my ticket in the last six years alone. I live a very different life away from music.”

Chunk from The Goonies struggled to find acting work after charming the world with his truffle shuffle. But the business side of the acting world interested him more. Cohen became an entertainment lawyer. Do you think judges ever ask to see him shuffle?

Gene Wilder’s co-star in Willy Wonka and the Chocolate Factory, while a talented actor, wasn’t passionate about the entertainment industry. He became a veterinarian in upstate New York.

The embodiment of awkward puberty, Owens had roles in four films within a year, including American Pie, Can’t Hardly Wait, and She’s All That. Post-puberty, acting work dried up. He worked as a server before finding his second act as a photographer.

In a life-imitates-art turn of events, Estrada went from playing a motorcycle cop in CHiPs to becoming an actual police officer in Idaho. You have to believe that motorists are delighted when Estrada pulls them over.

The well-known actress retired in 2014 after the film ‘Annie’. While she refers to motherhood as her primary occupation now, she’s also written two health books.