We are all connected more than ever before, and good or bad, that trend isn’t ending anytime soon. Whether you are talking to someone about the most popular 80s star or the things that makes meatballs taste like meatballs, we can search anything these days. And these are the things we searched the most in 2019. 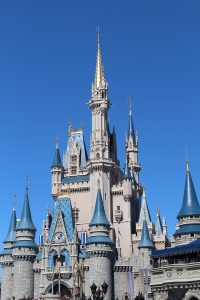 Well, of course. This streaming service has absolutely blown up since being released at midnight on November 12th.  All the classic movies you love are on it. Shows like The Simpsons, ongoing movies like the Marvels, and even throwbacks like Boy Meets World can all be found on this streaming service, and the people love it. Over 10 million subscribers got the service within the first day and the mobile app was downloaded more than 3.2 million times within the first 24 hours, so it only makes sense that it’s been searched the way it has.

This Disney star was highly searched this year, too. But unfortunately, it wasn’t for a fun reason. Boyce died in LA this past summer at the age of 20. The cause was due to complications of epilepsy. The manner of his death was certified as natural, and listed as “sudden unexpected death in epilepsy.” Boyce had dealt with this issue and a family spokesperson said in a statement that his “tragic passing was due to a seizure as a result of an ongoing medical condition, and that condition was epilepsy.” He was found unresponsive at his home in North Hollywood.

Another death, but this one, not so natural. Nipsey Hussle, also known as, Ermias Joseph Asghedom, was assassinated in March of this year. He was an American rapper, entrepreneur, and activist. Hussle was shot multiple times and killed in the parking lot of his own store, Marathon Clothing. He suffered 10 gunshot wounds during the shooting and two others were wounded in the shooting as well. He was later pronounced dead at just 33 years old. Rapper GBO Gaston claimed to have murdered Hussle on Instagram live just before being arrested. 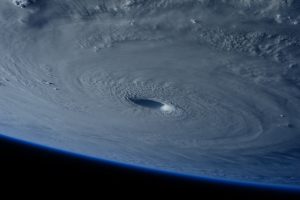 If you live in the south east states, and other select locations, hurricanes are a very real threat and yearly at that. Hurricane Dorian was no different. Dorian was the most intense cyclone on record to strike the Bahamas and is regarded as the worst natural disaster n the country’s history. It is also listed as one of the most powerful hurricanes recorded in the Atlantic Ocean with winds peaking at 185 miles per hour. It caused floods and tornadoes in South Carolina and battered the south-eastern seaboard of the US after hitting the Bahamas.

Brown was fired from the New England Patriots after accusations of sexual misconduct and later apologized to fans for his “inexcusable behavior.” He plans to make changes in 2020 and lists “not dating white women,” as one of them. “If I’m ever given the opportunity to play the game that I love, I’m going to work extremely hard to show the world how much I appreciate another chance,” he said in a lengthy Instagram post, in which he also apologized to “anyone who I offended.” While he did apologize, he didn’t include any admission of wrongdoing amongst complaints from the two women who accused him of misconduct. 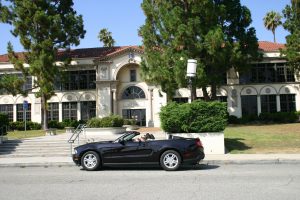 Another search and  another death, too soon. Luke Perry was well known for his work on 90210 and more recently as a Dad in the teen drama Riverdale. Perry suffered a massive ischemic stroke in his home in Sherman Oaks in LA. After a second stroke, his family followed medical advice and took him off of life support. He died on March 4th at age 52. He was working on Riverdale at the time and due to his death, his series character died as well. The fourth season premiere of the show was a tribute episode to his character and future episodes will be dedicated to his memory as well.

Well, here you have it. The six most searched for things of 2019. Some good, some bad, and others, very say. Who knows what we will see in 2020, just know, that we will see it very clearly.