We all love Girl Scout cookies, or at least we know of them. There have been many different kinds throughout the years and here they are! Plus some that came, and never went.

Van’chos were available from 1974-1983. Van’chos were chocolate and vanilla sandwich cookies, which came in an assorted box, and were a throwback to earlier cookies.

Throughout the 1950s, there were only four varieties available. The types were the original shortbread, vanilla-filled cookie, chocolate-filled cookies, and Thin Mints, known back then as Chocolate Mints.

The early 80s had a Twix/Rice Krispies mash up, and it sounds like it was delicious. The cookies were a rectangular shape with crispy rice, caramel, and chocolate, all in one.

Did you know that there were cheddar crackers that the Girl Scouts used to sell? Because there were. Weird or not, these Golden Yangles came out in the 1980s but were discontinued by 1992. ­­

The Praline Royale came out in 1992. The vanilla cookie was soft with praline filling, pecans, coconut, and chocolate drizzled over the top. This cookie replaced the Golden Yangle, also known as a cheddar cracker. The packaging for both of these “cookies” touted “Building Bridges: One of many Girl Scout experiences that helps girls create their own futures.”

These cookies were sold from 1991 to 1992. The Golden Nut Cluster is a pecan cookie covered in caramel.

This cookie was named after Girl Scouts founder, Juliette. The cookies were available from 1984 to 1985 and then came out again from 1993 to 1996. These delectable cookies had caramel and pecans covered in chocolate and are considered the chocolate turtle of the Girl Scout cookies.

These oatmeal raisin cookies were called snaps, and they gave you all the home-cooked by grandma feels. They were also iced, for that something extra, and were sold from 1993 to 1997.

Upside Downs came out in 1999, and were the Girl Scouts version of oatmeal cookies sandwiches. Little Debbies were large and soft oatmeal sandwiches, but the Upside downs were smaller and crunchy.

Le Chips were introduced in the late ‘90s. It was a chocolate chip hazelnut cookie that was dipped in chocolate. Long before the time of Nutella, these cookies didn’t stick around for long.

This cookie was only around for a short amount of time during the early 2000s. If you love white chocolate macadamia nut cookies, then this version of cookie from the Girl Scouts would have been your favorite. 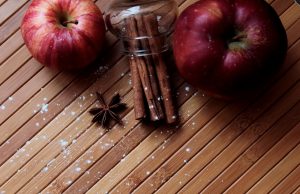 As the name would suggest, this cookies had an apple cinnamon flavor. These sugar cookies were dusted in cinnamon and sugar. The “apple” came from the shape of the cookie. These were considered reduced fat, which was so common in the late 90s, and were available from 1997 to 2001.

Ole Oles were reduced fat as well. Ole Oles were powdered sugar cookies with pecans and coconut. They were available from 2001 to 2003.

Remember when everything came out in “100-calorie packs?” This was another of the “reduced fat” and “calorie counting” fads and Girl Scout Cookies were no different. Cinna-Spins were simply a cinnamon swirl cookie that came out and was sold as “100-calorie packs” in 2008. 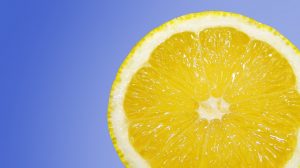 These lemon sandwich cookies had the image of a Swiss Chalet imprinted on the front of them. This Chalet that exists in real life is the first World Center of WAGGGS, the World Association of Girl Guides and Girl Scouts. This lemon sandwich cookie also had a hint of cinnamon-ginger in them.

Mango Cremes came out in 2013 and were known as “healthy” treats. This vanilla and coconut sandwich cookie were filled with “a tangy mango flavored crème that was enhanced with the nutrients found in fruit.” Nutrifusion was the company that made the filling from rehydrated apples, oranges, cranberries, pomegranates, limes, and strawberries. Totally normal, right? Well there was something else in them too, something that will probably surprise you, and that ingredient is shiitake mushrooms. Mushrooms in your cookies? Yup.

Have you had any of these varieties that have since stopped being sold? If any of these types of cookies would come back for a reboot, which one would you want to see sold again?