Do you love a good success story? There’s no bigger accomplishment than becoming a millionaire in a matter of minutes, and these three players have managed to do just that. But big casino wins occur all the time. We wanted something a bit more bizarre to dive into, so our casino champions happen to be slightly on the weird side. We consider strangeness to be a valuable asset, and we know you feel the same way. So, sit back, relax, and enjoy some wacky tales of the three weirdest winners in casino history.

Those who love a good tale of victory have doubtlessly heard about the infamous Don Johnson. The man who took Atlantic City for all it was worth is a legend among blackjack enthusiasts, and he’s scored a special place in our hearts as well. So, what did he do to deserve all this attention? 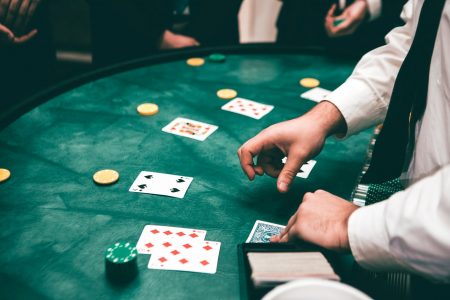 It’s no easy feat to beat the casinos, but Johnson managed to cobble together a cool $15 million before being booted from the Atlantic City blackjack scene.

Why do we love him so much? Don Johnson doesn’t employ the usual methods like card counting or edge sorting. After the casinos in question performed a rigorous investigation, they found no evidence that Johnson was utilizing suspicious techniques at all. Instead, he tricked them by wits alone.

Being a well-known high-roller with an impressive bankroll, Johnson managed to negotiate a series of special rules at all three casino venues. These rules put the odds squarely in his favor, so he would have a better chance of winning big.

The unsuspecting casino managers fell for his ploy, agreeing to cash rebates on his losses and some adjustments on the dealer’s part resulting in a lower house edge. Furthermore, by cleverly timing his entrance for when the Tropicana casino boss was away in London, he managed initially to avoid being stopped by the higher-ups. The result was $15 million in winnings and a reputation that will last him a lifetime.

Johnson has inspired many players across the globe to take up a new hobby, and you might want to try your hand at blackjack now that you’ve heard this incredible tale. There’s never been a better time than now, but hitting the casino may not fit in with your busy schedule. Luckily, there are plenty of reliable web-based venues out there. If you’re thinking about giving it a go, you can try out an established venue like 888 Casino.

This provider is accessible from anywhere at the touch of a button and boasts plenty of buy-in amount options suitable for all types of players. Meanwhile, the variety of classic games, live tables, and cool variations like Multihand and Super Stakes blackjack ensure you’ll never get bored with their extensive collection of blackjack games. While it’s pretty unlikely you’ll end up being the next Don Johnson, online blackjack is a fun way to pass the time and provides great entertainment from the comfort of your home.

The story of Ashley Revell sounds like the plot of an outlandish casino movie, but not for the reasons you may think. Revell didn’t walk out of the casino with a huge payout. The amount he won was quite modest compared to other historic winners. No, the reason we love Revell is because of the sheer absurdity of the win and the events which transpired around it.

Back in 2004, the Englishman had a premonition over some drinks in a pub with friends. He sold everything he owned, including the clothes on his back. He quit his job, rented a tuxedo, and flew to Las Vegas for some good old-fashioned gaming. Well, one game in particular—and only one play.

All in all, Revell raised what amounted to $135,300. Shockingly enough, he intended to bet every last penny on a single spin of the roulette wheel. As America, England, and everyone around the world watched with bated breath, Ashley bet it all on red. He won, doubling his money to walk away with around $270,600.

While his family breathed a collective sigh of relief, Revell himself was also overjoyed. So was his chosen venue, the Plaza Hotel, and Casino. They went on to name a new game after him and even invited him back in 2019 to make a commemorative spin. Interestingly enough, Revell also inspired a brief reality television show hosted by Simon Cowell called “Red or Black.” The show was the most expensive in history with a budget of £15 million, but it has since been taken off the air. 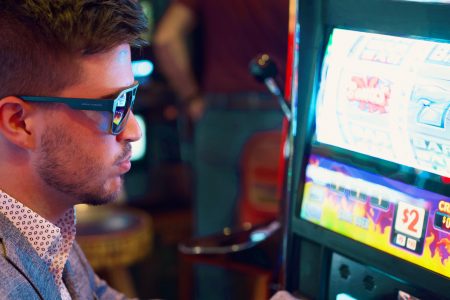 Many people have big dreams of striking it rich on the Vegas slot machines, but few hit the jackpot like Elmer Sherwin.

Slot machine wins are often big news, as they can take someone from zero to hero with a single pull of a lever or touch of a button. And out of all the iconic gaming hotspots, there’s no better place to lay your money down than the beautifully strange town of Las Vegas. Sin City is where our story begins, and the star of the show is one Elmer Sherwin.

Sherwin stands out as an exceptionally unique winner not only because of the sizeable fortune he eventually acquired. Always a casino lover at heart, young Sherwin began playing as soon as it was legal. Though he never won much initially, his love of the game spurred him on, and it finally paid off when he was 76 years old.

Back in 1989, Sherwin slid a mere $3 into the Megabucks slot machine at The Mirage during a celebration of its opening day. That was the day his life changed, as he walked away with a $4.6 million win. Always a wanderer at heart, the retired Elmer Sherwin used the money to travel around the world and enjoy himself. However, he never forgot his dream of winning a second jackpot.

Of course, it seems crazy to hope for something like that. The odds that you’ll win a single Megabucks jackpot in Las Vegas are less than 1 in 10 million, and the chances of winning it twice are even worse. But Elmer Sherwin did it. Nearly 16 years after his first win, Sherwin spun the reels of another Megabucks machine at the Cannery Casino off-strip.

Now at 92 years of age, he won yet again. This time he snatched an astronomical prize of over $21 million. Sherwin gave much of his second win to aid funds supporting Hurricane Katrina victims, but he never stopped spinning the reels in hopes of a third win. Sherwin passed away at the ripe old age of 94, and he continues to be remembered fondly by slots players around the world.

Though many enjoy the glitz, glamour, and luxurious atmosphere of casinos, only a lucky few strike it rich. Even fewer boast tales strange enough to appear on our radar. If you feel inspired by this list of wacky winners, why not try out some gaming yourself? Becoming a millionaire may not be in the cards, but the odds are you’ll have some major fun. You may even come away with a fantastic story of your own.